Abdul Slam, 42, is one of the hundreds of wood cutters who regularly chop juniper trees from mountains of Harboi located in Kalat district of Balochistan, one of the rare and centuries’ old forests in the world. Slam is least aware if he is chopping down what may otherwise be a biosphere reserve and cultural treasure of the World.

Harboi is a mountain range located in the Kalat District of Balochistan, It is 9,000 feet high and contains juniper trees and attractive scenery. These rare and slowest growing trees in the world are called “living fossils”.  Junipers are also found in Ziarat district of Balochistan.

Juniper trees grow in less humid areas located at an elevation of 7000-8000 feet above sea level.  Average annual growth of a juniper tree is 25 mm in length and 1 mm in breadth. Many trees in Balochistan are as old as 5000-7000 years.

Abdul Slam gathers wood at his home in Iskalkoo village and later supplies them to the people in Kalat city and adjoining areas.

Salam says that his source of income is more important than juniper trees, since it is obvious that people around Harboi and in district are not provided with the basic necessities of life. Thus, they use the forest resources for fuel, shelter and uses as firewood for daily use.

According to the Forest Department Kalat, the notified area of Harboi is some 55230 acres which was notified in 1961 but the area with juniper trees spreads over 200000 acres. This range begins from Deghari area of Dashat to Zehri of Khuzdar District.

Saeed Mughal, a researcher and currently M. Phil scholar at University of Balochistan, told Balochistan Point that less focus was being paid to preserve Harboi forest. “Juniper forests spreading thousands of hectares in Harboi is not less than blessing for the Balochistan, unfortunately they are being chopped off persistently. Balochistan’s juniper forests are basically of open type with male and female trees scattered at a certain distance. Owing to slower growth rates, the junipers are counted among the most primitive in the world.” added Saeed Mughal.

Saeed has previously researched on juniper trees and wildlife in Harboi. He said: “UNESCO’s International Coordinating Council of Man and Biosphere (ICCMAB) Program has declared Ziarat Juniper Forest the second Biosphere Reserve and has included it in its World Network of Biosphere Reserves but Harboi forest has been neglected due to unknown reasons, according to National Conservation Strategy, Balochistan’s juniper forests are the most endangered ecosystem in Pakistan.”

Harboi forest has been neglected due to unknown reasons by UNESCO

Barri Baloch, a senior environmental Journalists in Balochistan is  of the view: “ Deforestation is very dangerous be it in Harboi or any other part of the world, as for as forests of Harboi are concerned they are unique forest as forests of juniper are located very few in the world. Luckily, Balochisan stands second having juniper.”

“If deforestation is not stopped we would be deprived of huge assets. Ecosystem, in the area would be destroyed and if this process is not stopped we would be unable to recharge ground water as junipers are best sources to recharge ground water table when there is rain. It also protects land erosion besides playing a big role in countering harsh impacts of climate change.”Barri Baloch told.

Barri Baloch complains that media in Balochistan lacks expertise and interests to cover such important issues.

Bari Baloch stressed on the revamping the Forests and Regulation Authority which was established in 1927.

Sources in Forest Department on condition of anonymity told that if government took interest and made efforts to protect this precious forest so it could easily be protected, however, no attention has been paid by the concerned authorities.“Whenever, the question arises of juniper preservation, weak rule of law and steps by government so the tribal figures are held responsible.This is just a lame excuse,” he adds. 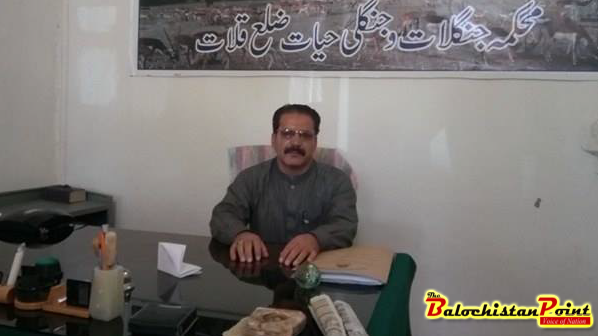 Talking to the Balochistan Point about negligence of authorities and lack of resources, District Forest Officer Sher Ahemd Kurd told this scribe: “The resources with department are equal to none, for the entire district we have a single vehicle for field trip which cannot run in mountains and have three motorbikes which are very old.

There is imbalanced attention of authorities towards Ziarat and Harboi. Currently we have only 5 guards for protection of Harboi forest, whereas, 400 guards and game watchers have been employed in Ziarat

“Lack of staff and funding is another alarming issue.Currently entire staff of the department consists of 47 people. There is imbalanced attention of authorities towards Ziarat and Harboi. Currently we have only 5 guards for protection of Harboi forest, whereas, 400 guards and game watchers have been employed in Ziarat. The Ziarat has also been provided alternate of wood to mitigate chances of cutting junipers.” Sher Ahmed told.

Local political activist Rasheed Baloch said that there was no plan or project of the department to plant new tress where there was water available because there were many places in Harboi where new tree could also be planted. “The last chief minister of Balochistan Dr Abdul Malik announced to recognize Harboi as national park and make available facilities there but after his Chief Minister-ship no effort has been made”. He added.

District Forest Officer (DFO) Sher Ahmed Kurd told Balochistan Point that for decades, no work plan was developed to  record data, to measure or observe increase or decrees of Harboi and find out the reasons and plan new policies.

DFO Kalat said: “Though the forest department is recognized as a Force, we do not have power. Even sometimes we are not coordinated by Exploring Companies, who come and explore minerals in the area, because their work destroys and affects forests.   For such activities No Objection Certificate (NOC) by forest departments is required..”

Sher Ahmed Kurd expressed his worries on accelerated deforestation, “ A national  gas industry has started working in the forest which has developed a large number of new ways, they are being used by those who chop tree and supply them in vehicles.” 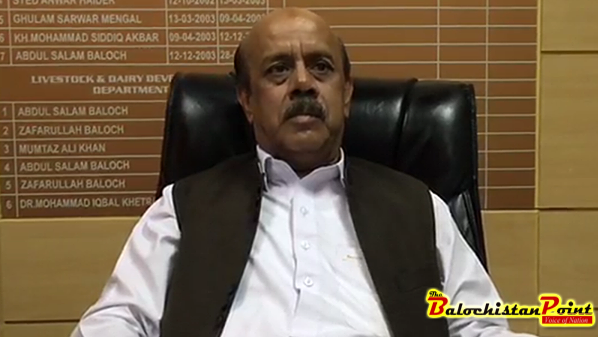 DFO Kalat Sher Ahmed Kurd while talking to Balochistan Point narrated, “The older juniper trees are being cut for human needs. This issue requires a serious action; otherwise this precious heritage will disappear adding that awareness about the importance and utility of forests among local people is also necessary since without cooperation of people the forests could neither be expanded nor preserved.

“In March 20017 the Balochistan government announced to take measures to implement the national forest protection policy and  promised to take up the low gas supply issue of Kalat with the petroleum minister and to help bring an end to the chopping of forests, nevertheless, no serious measure have been taken.” Rasheed Baloch added.

Masroor Jamal, Project Director of Multi Sectorial Project for Juniper Forest Conservation in Balochistan criticizes against least priorities being given to the forest department in Balochistan.

Talking about no enough attention towards Harboi, Masoor said: “No doubt, Zirat has been focused and the reason behind a large number of employees is due to increased deforestation as compared to Harboi. There has not been enough work on eco-tourism in Harboi too. It is also the fact that Ziarat is a tourist point. Ziarat has been given priority; therefore, most of the people do not have idea about Harboi and its forests.”

“Currently there is a project going on in Ziarat, Harboi and Shahban forests, which was launched in 2012.  In the project check dams are being constructed and ditches are excavated under Juniper tree to capture water.” He added.

“In the Multi Sectorial Project for Juniper forests in Balochistan we have developed a mechanism of endowment fund which needs to be approved, the mechanism aims to benefit people and protect juniper forests by delivering alternate in kind of supplying wood on subsided rates.” Masroor Jamal added.

Rana Khalid Naseer, Secretary Forest Department Balochistan, said: “We are working for forest conservation in Balochistan and there are no such threats that disappear forests in future and we will protect the forests of Harboi.” 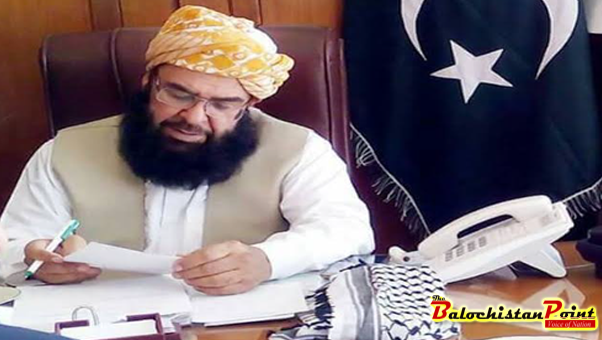 Maulana Abdul Ghafoor Haidery Deputy Chairman Senate of Pakistan who belongs to Kalat district  told Balochistan Point team that he had got approval of a Gas Plant in Kalat and it was going to be included in the financial year of 2017. “People in Kalat will benefit from this project and it will also mitigate deforestation in Harboi, as due to lack of facilities people are compelled to cut valuable tress of juniper.”Deputy Chairman Senate of Pakistan told.

Published in The Balochistan Point on May 11, 2017