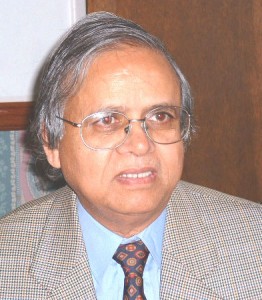 The Voice for Baloch Missing Person (VBMP) organized the march, which started in Quetta, the capital city of Balochistan on October 27, 2013 and ended in Karachi where the marchers demonstrated in front of the Karachi Press Club on November 23. In the first phase of the march the families covered 730 km on foot.  The second phase from Karachi to Islamabad began in mid-December and reached Islamabad Friday. The second phase covered 1,200 kilometers, perhaps, setting a new record in the global historic long-marches.

Among the marchers was the seven-year-old son of Jalil Reki, who was according to the marchers “extra-judicially executed after a year of his disappearance in an ISI torture cell.” The ISI – Inter-services Intelligence is Pakistan’s prime spy agency controlled by the all-powerful Army.

All of these marchers accuse the military and FC of abducting, torturing and killing their loved ones.

There is no agreement on the figures of those missing. Nationalist groups in Balochistan claim that up to 18,000 Baloch persons and teenage boys are missing, while independent sources claim that more than 6,000 persons have gone missing after being arrested.

The long march participants, who left Quetta on foot to reach Islamabad about four months ago, hope to raise awareness about human rights violations in Balochistan and demand the recovery of missing relatives. The marchers intend to present their demands to the United Nations in Islamabad.

The Awami Workers Party (AWP) has condemned the silence of elected representatives on enforced disappearances in Balochistan, especially given the threats to the security of the participants of the peaceful long march, who are only exercising their democratic right.

Mama Qadeer Baloch, the long march leader, never faced any problems while crossing Sindh province. Many Sindhi nationalist parties expressed solidarity with the marchers in different cities, according to the News. The marchers started facing problems when they entered Punjab. This convoy was first stopped in Multan and then in Okara. Armed people in uniform pointed guns at Farzana Majid Baloch and forced her to go back but she refused. Despite threats Seraiki nationalists openly supported the cause of Mama Qadeer Baloch in Multan.

Chairperson of the Defense for Human Rights Amna Masood Janjua also welcomed the march of Mama Qadeer Baloch in Lahore along with the families of many missing persons from different areas of the Punjab. The so-called guardians of national interest advised many journalists in Lahore to stay away from Mama Qadeer Baloch, the News said adding: Lahorites actually missed the golden opportunity of removing misunderstandings between common Punjabis and the oppressed people of Balochistan.

It may be pointed out that about 90% army of Pakistan comes from the Punjab province which claims 56% of the population of Pakistan. There is a general hatred against the army in Balochistan which is the largest province in area but thinly populated. There is also hatred in Sindh province. After military operation in Pakistan’s tribal territories the mercenary army also became unpopular in Khyber-Pakhtunkhwa province.

Mama Qadeer Baloch again faced threats from the commandos of Punjab police near Gujrat. The marchers were asked to go back but they refused. They were not allowed to pass through the Gujrat city. They were forced to go towards Gujrat bypass. Again they were threatened and abused near Sarai Alamgir by one dozen strangers in the presence of local police.

Mama Qadeer told The News that some common Punjabis offered them water, food and night stay at their homes but they were later threatened by the government agencies. Mama said: “We know that all the Punjabis are not bad but intelligence agencies never allowed them to even welcome us. It was against the culture of Punjab.”

Some Baloch students from Lahore and Islamabad joined the march just to give some protection to the small convoy but they used masks to hide their faces. They fear that intelligence agencies will create problems for their families in Balochistan. On the other hand, some intelligence operators traveling with marchers also using masks because they feared the media cameras. (Courtesy: http://www.opednews.com )