Quetta – Police has arrested 75 Baloch students of Bolan Medical College (BMC) who were protesting against the attitude of Principal, on Friday.

All students have been locked up in Brewery Police station which is situated near BMC.

Students were protesting against the attitude of BMC Principal Dr. Saadat Khan Barozai, under the Auspices of Baloch Students Action committee (BSAC).

Protestors alleged that Principal has destroyed BMC due to his corruption and bad governance. There are absence of basic facilities in class rooms and Hostels of BMC because funds for repair and maintenance have been embezzled by the Principal, according to protestors. 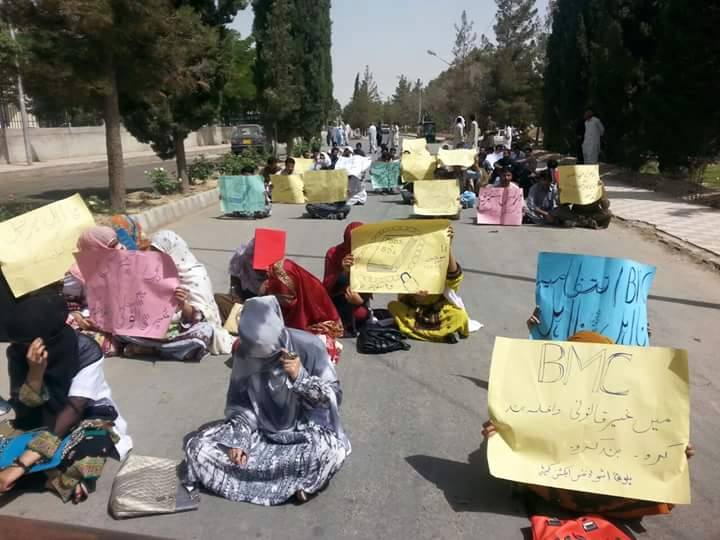 Protestors further added that due to Negligence of current Principal, classes of 2015 session have not been started even in June.

A female student of BMC told Balochistan Point on condition of anonymity that conditions in hostels of BMC are worse. “There is no gate keeper in our hostel and boys jump in to the hostel at night,” complained the student. 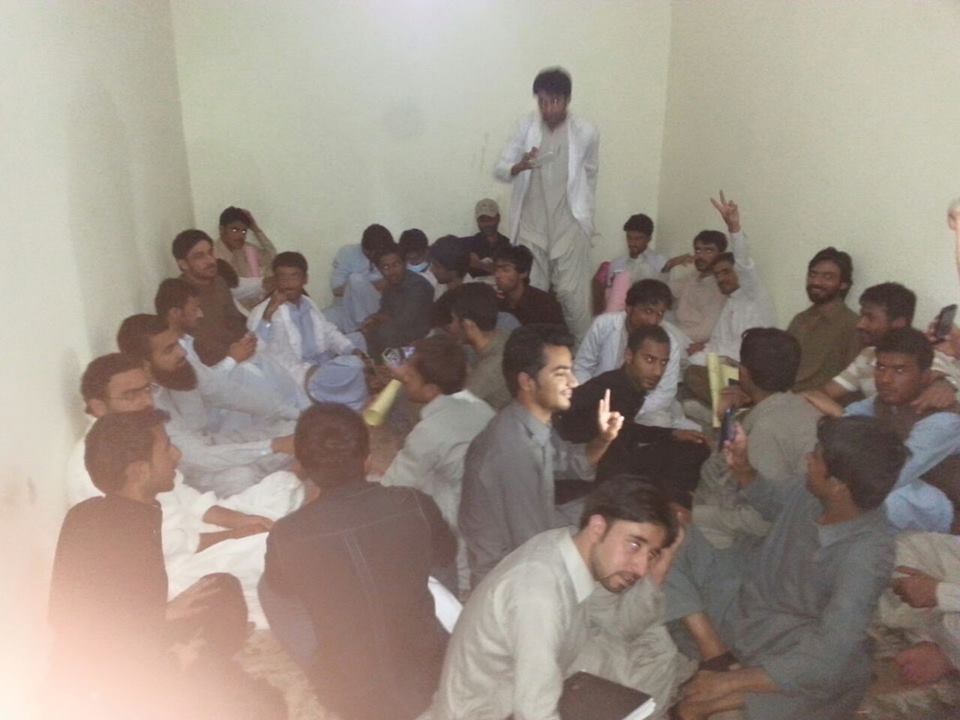 BMC students in Lock up

It must be noted that 30 Baloch students were arrested by Police yesterday when they were protesting against BMC Principal. Those students were released later in the night.

“State of affairs of BMC, the only medical college in Balochistan, is a metaphorical slap on the face of Educational Emergency Dr. Malik led government,” an analyst told Balochistan Point. “Dr. Malik Baloch is directly responsible for destruction of education in BMC because this issue has been brought to his notice several times and yet he has remained indifferent,” added the analyst.

Published in The Balochistan Point on June 5, 2015

BMC Corruption Governance Nepotism 2015-06-05
Editor
Previous: How A Road Destroyed Economy Of Awaran
Next: Change The Nation Through Education