A Journalist is Incomplete without Accuracy and Impartiality: Shahzada Zulfiqar

Quetta – A journalist is incomplete without accuracy and impartiality, said Shahzada Zulfiqar President of Quetta Press Club (QPC) on Monday.

QPC President made this statement while addressing the concluding session of a workshop held by Center for Peace and Development Initiatives (CPDI). Shahzada Zulfiqar thanked CPDI for training journalists of Balochistan and urged them to conduct similar training programs in interior Balochistan. 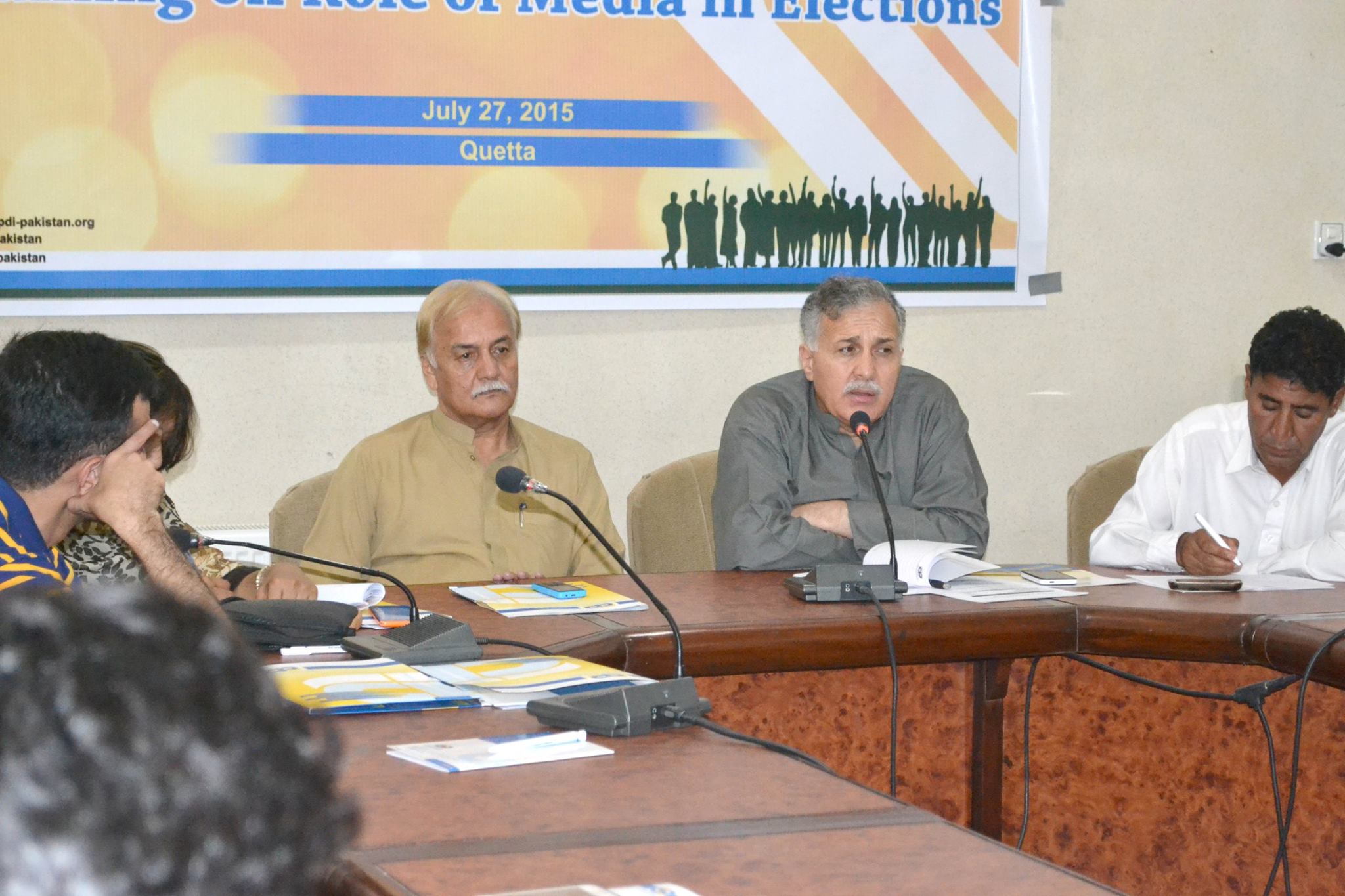 Saleem Shahid, Senior correspondent of Dawn newspaper said that, “A journalist has to be impartial irrespective of his political inclinations.”

CPDI, a research based advocacy group, held a one-day training workshop for journalists of Quetta in QPC, titled “Role of Media in elections.”

Group training exercises were conducted to systematically train the participants on how they can best perform their duties during elections. 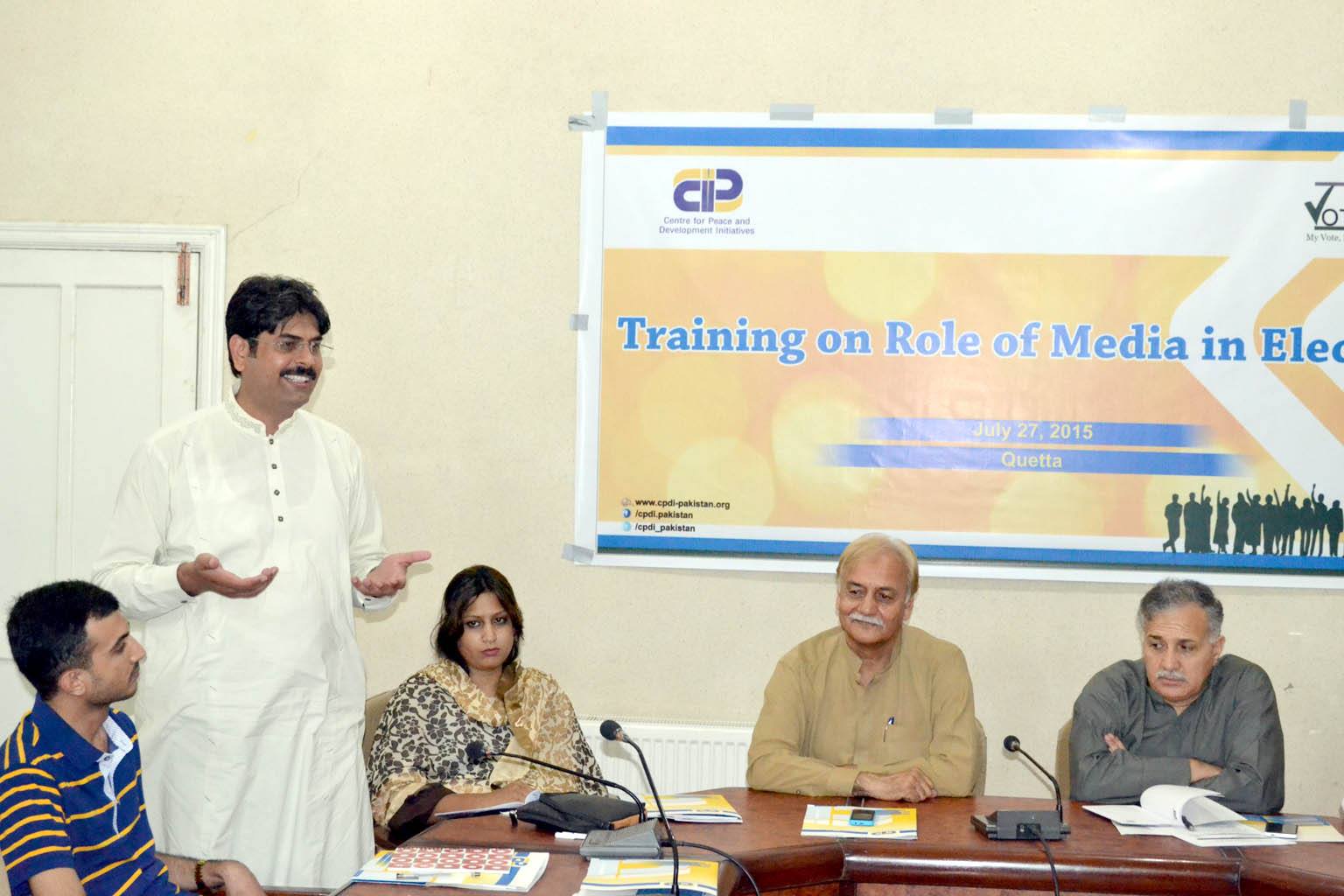 Over two dozen journalists participated in the workshop from different newspapers and television channels based in Quetta. Fatima Khan, provincial coordinator of CPDI thanked the participants and announced similar training programs in Lasbela and Loralai.

In the end, participating journalists were awarded certificates by President QPC Shahzada Zulfiqar and Saleem Shahid.

Published in The Balochistan Point on July 27, 2015