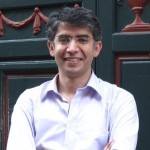 Adnan Aamir: Please provide a brief introduction about yourself?

Hafeez Jamali: I have an MA in Public Policy from University of Victoria, Canada and a Ph.D. in Social Anthropology from the Department of Anthropology at the University of Texas, USA. My research focuses on the anthropology of globalization and development, the history of Indian Ocean Trade, and the politics of identity and place in Balochistan.

Tell us about the history of archives department?

On recommendation of Department of Archives of Pakistan, Government of Balochistan initiated action for the establishment of Directorate of Archives during the financial year 1976. In 1985 an Archivist was appointed, who subsequently had the distinction of being the first Archivist in Pakistan having been awarded a Master’s degree in archives administration from University College London. This Directorate started functioning in the Balochistan Civil Secretariat’s Record Room. Noted Balochi poet and critic Atta Shad also served as Director of Balochistan Archives briefly. In 2008, the Directorate was moved to its newly built premises in the Noori Naseer Khan Cultural Complex on Spinny Road. However, more important records are still housed in a special room on the ground floor of the Balochistan Secretariat. 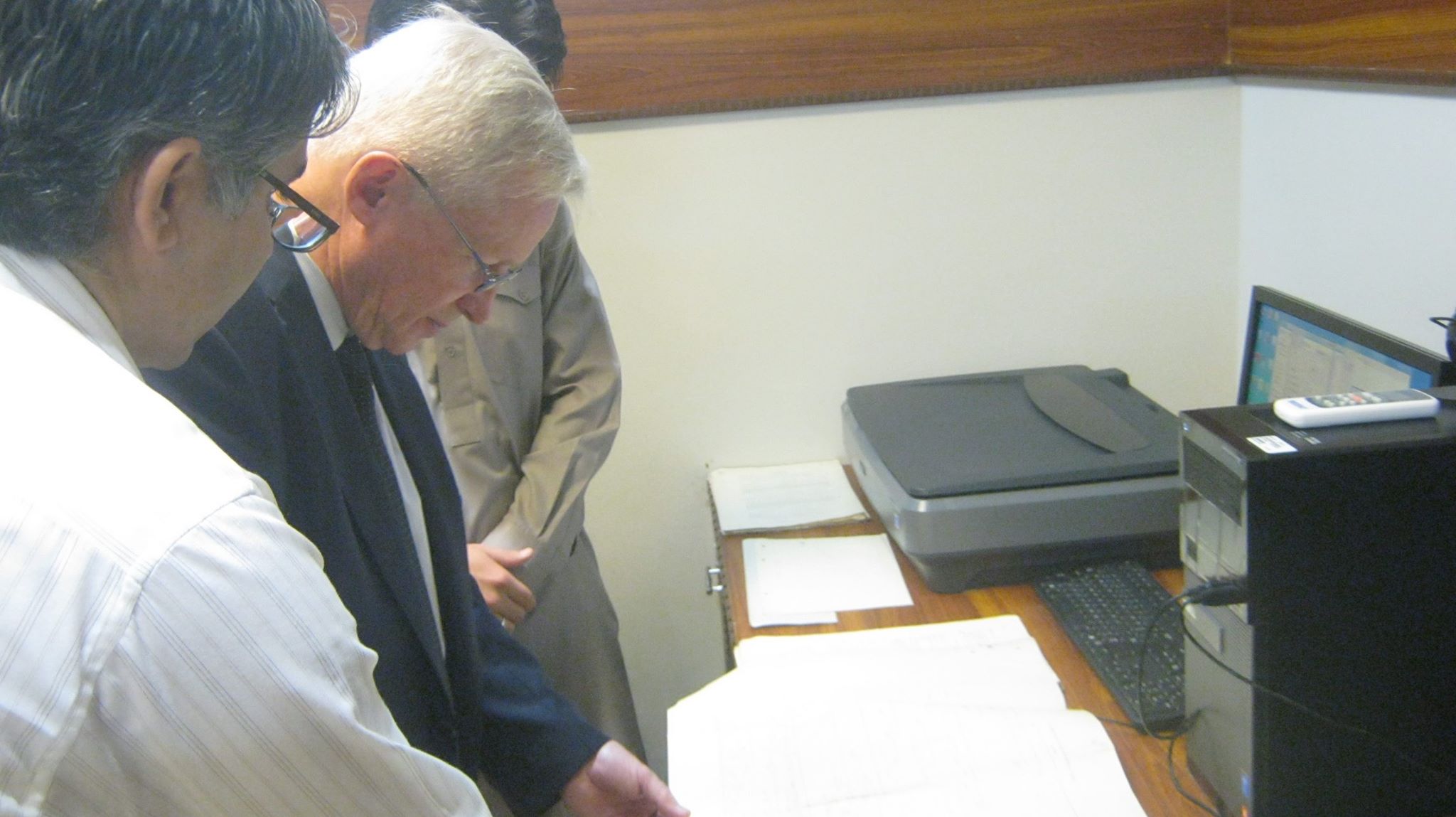 What is the nature of archives managed by your department?

We are the guardians of the most significant national and provincial level documents in Balochistan Province. Currently, we hold more than 32,000 files, printed papers, books, and manuscripts pertaining to the colonial and post-independence period in Balochistan.

What is the mandate of Archives department?

What’s the budget and resources at the disposal of this department?

What this department has achieved so far?

We have established a dedicated website which hosts a fully searchable online catalogue of 28,000 records. We also have a Facebook page with a following of 3,500 fans most of whom are young people.  Balochistan archives established State-of-the-art Digital Preservation Lab under the Digitization of Historical Records of Balochistan Archives Project at a cost of Rs. 7 Million. The lab contains latest digitization equipment such as a dedicated storage server, overhead book scanner, and hi-performance flatbed scanners. We have also installed latest archival database software called AtoM (Access to Memory) that has been approved by the International Council for Archives. The database is currently in the making and the beta version will be made available to the public in a few weeks.

We have started a project for preservation of historical manuscripts (Qalmi Nuskhajat) in native languages such as Balochi, Pashto, and Persian entitled “Retrieval, Cataloguing, and Digitization of Rare Manuscripts, Balochistan, Pakistan” under the Endangered Archives Program of the British Library, London. We have partnered with the South Asia Institute at the University of Texas at Austin for this purpose and an agreement of cooperation has been signed between the two partner institutions.

Apart from that our department has established a Rare Paintings and Photographs Gallery which contains visual materials on the history of Balochistan. We acquired and catalogued 2,000 records from Commissioner Quetta. We also carried out survey of archival records at historic Deputy Commissioners’ Offices in Kalat, Sibi, Lasbela, Chagai, Kharan, Loralai, and Zhob. We arranged for the training of Officers at the University of Texas at Austin, USA. 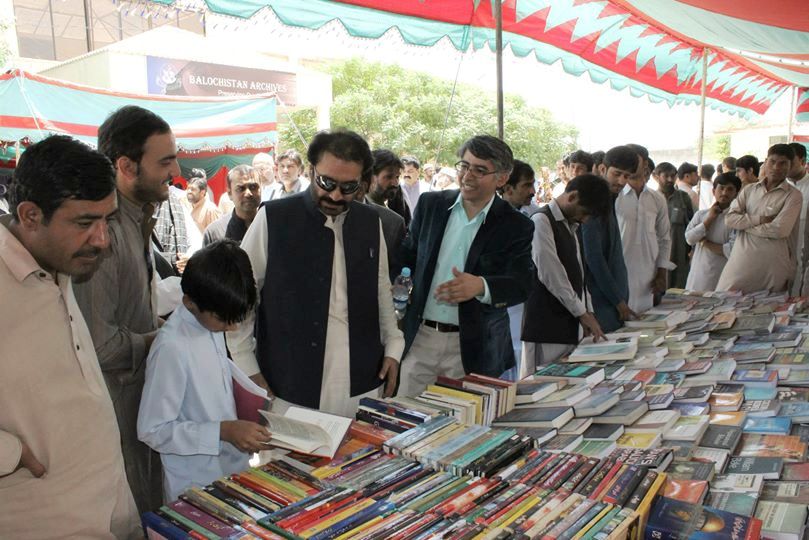 Tell us about the types of collections that this department maintains and how much records are available about history of Balochistan?

How are archives important for any society?

Archives are non-current official records having permanent historical, cultural, educational, and legal value. They contain information necessary to protect the civic, legal, and property rights of citizens. They represent a treasure trove of the recorded experience of the government that is needed to give continuity to its actions and to make policy determinations.

What difficulties you face managing archives?

Moreover, we are hampered by deficiency of technical and administrative employees and space for housing historical records. At present 80 % of space of Balochistan Archives Directorate is occupied by the Balochistan Provincial Library which has hampered the mandatory task of our organization. 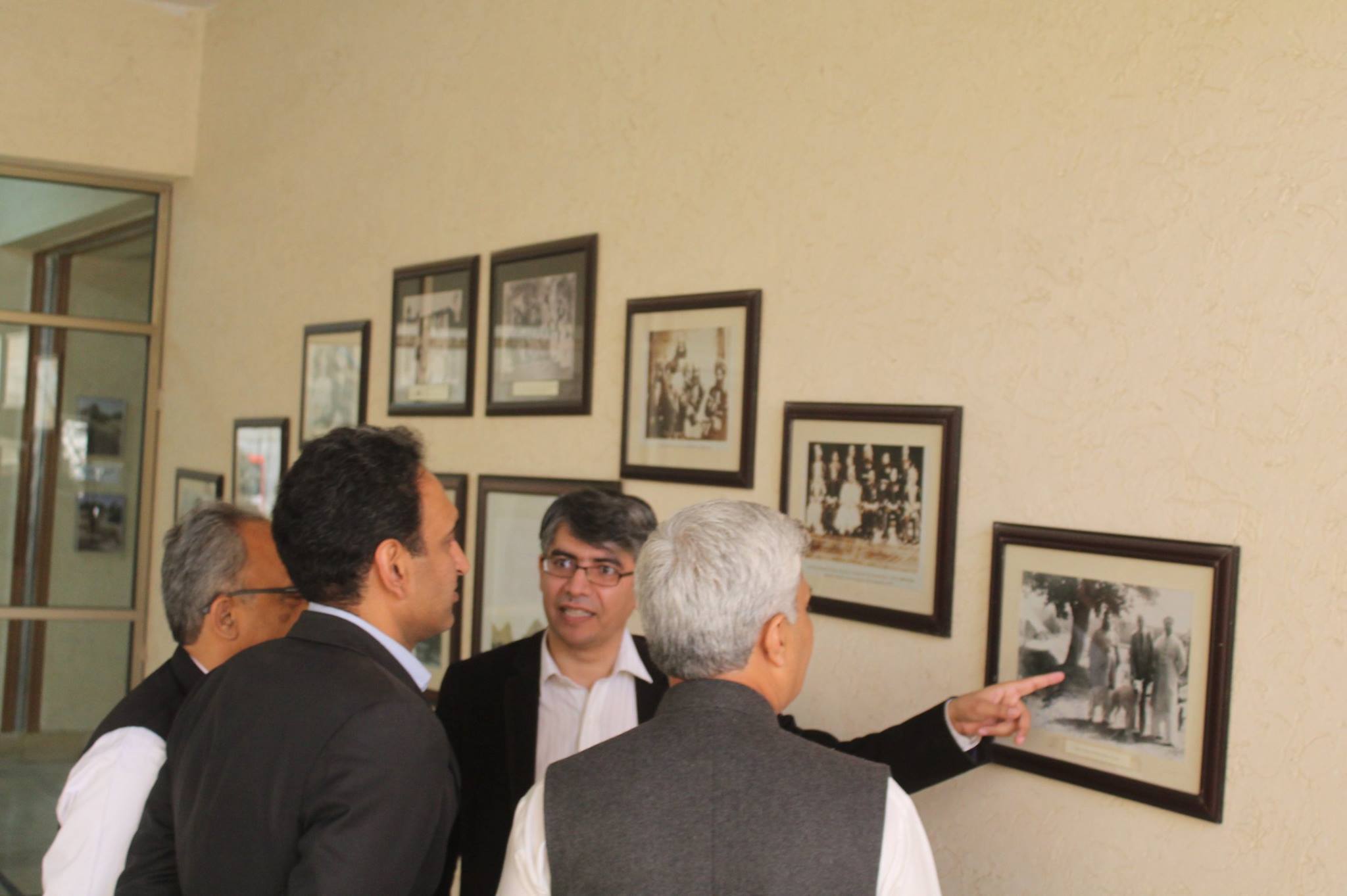 What you expect from civil society as support for Balochistan archives?

Civil society organizations need to pay attention to and advocate the conservation of heritage including archives. We expect them to encourage the public to visit archives and get involved with the promotion of historical displays, exhibitions, and seminars. They should also lobby with the provincial government to increase funding for the preservation and promotion of historical documents.

What are future plans for Balochistan archives?

Balochistan Archives seeks to become a center of excellence for the provision of archival, research, and educational services in Balochistan Province over the next five years. We envision the extension of our services to the general public and researchers interested in Balochistan’s culture and history across Pakistan and abroad over the next decade. In particular, we plan to acquire manuscript collections in native languages and recruit technical staff such as Archivist, Webmaster, Systems Analyst, and Graphic Designer for digital preservation of archives. In addition, we plan to expand the services of Balochistan Archives all over the province by setting up offices and Archival Record Centers in historic Deputy Commissioners’ Offices in Sibi, Kalat, Lasbela, Loralai, and Zhob. Detailed cost estimates and PC-1 for this purpose have been prepared at an estimated cost of Rs. 46 Million and submitted to the Planning and Development Department.

Published in The Balochistan Point on June 7, 2015