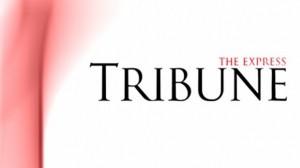 July 21, followed by a similar one on two women in Mastung, did not fit the usual profile. Acid attacks, the number of which has been rising in the country are generally intended to settle a personal dispute or some petty score, often over matrimonial matters. In this case the victims say they had no enmity and cannot identify the men on motorcycles who drove by, spraying them with acid from the syringes they wielded. The four women, currently being treated at hospitals were lucky: the victim who was worst hit was affected across 11 per cent of her body, like her companions suffered grade two burns and doctors are confident they will leave no scars.

This, though, is besides the point. The malevolent attack was obviously not without motive, and was intended to terrorise — whether just the women or the population of Quetta in general. A similar attack had been carried out in 2011 against teachers in the Quetta area. The police are looking into the possibility of the involvement of extremist groups who may wish to send out a message to women to remain out of public life. This, though, for now is mere conjecture. There is no way of saying why these particular women, outside a jewellery store, were picked out in a bazaar where there were a large number of women present. The key requirement is that the incident be investigated in detail. Even if the injuries were relatively minor, acid attacks are terrifying. Undoubtedly, this one will create a sense of panic. It is vital then that the culprits be apprehended and brought to justice.

The fact that this happens far too rarely, with most perpetrators of such crime able to escape scot-free can only encourage others to carry out similar attacks with each year leaving dozens of women scarred and maimed. This is an unacceptable situation which needs the full attention of the police so that other attacks as horrendous as the one that occurred in Quetta can be stopped. The six victims can be considered fortunate to escape physical scars. But the emotional ones they have suffered will stay with them for life, haunting them forever.( Courtesy : The Express Tribune )

2014-07-23
admin
Previous: The state’s inertia
Next: The plight of agriculture sector in Balochistan