30 out of 32 districts of Balochistan are food insecure and only Quetta and Jaffarabad are food secure as per the report of Sustainable Development Policy Institute (SDPI).

These issues were revealed during a one-day consultative dialogue held to celebrate world food day in Quetta Press Club by Azat foundation in collaboration with HARD, ActionAid, Pakistan Kissan Ittehad and Agriculture research department of Balochistan.

30 out of 32 districts of Balochistan are food insecure – SDPI

World food day is celebrated every year on 16th October and theme for this year is Social protection and agriculture: Breaking the cycle of rural poverty

Speaking on the occasion, Marcel Stallen, International Project Manager of Food and Agriculture Organization (FAO) said that a lot of work needs to be done to make Balochistan food secure.

Provincial Disaster Management Authority (PDMA) has stated that 29 out of 32 districts of Balochistan are facing drought conditions due to fewer rainfalls last year.

“At the moment FAO is working in 14 districts of Balochistan on projects funded by USAID and AUSAID,” said Mr. Stallen. He added, “Balochistan government should convince international donors to fund FAO so that we can expand our operations in Balochistan.”

80 percent people of Balochistan depend on agriculture for their livelihood either directly or indirectly, claimed Naseer Shahwani, representative of Zamindar Action committee (ZAC) which is the union of agriculturalists of Balochistan.

He alleged that all funds allocated for agricultural development in Quetta during tenure of this government have been embezzled and ended in pockets of activists of ruling parties. 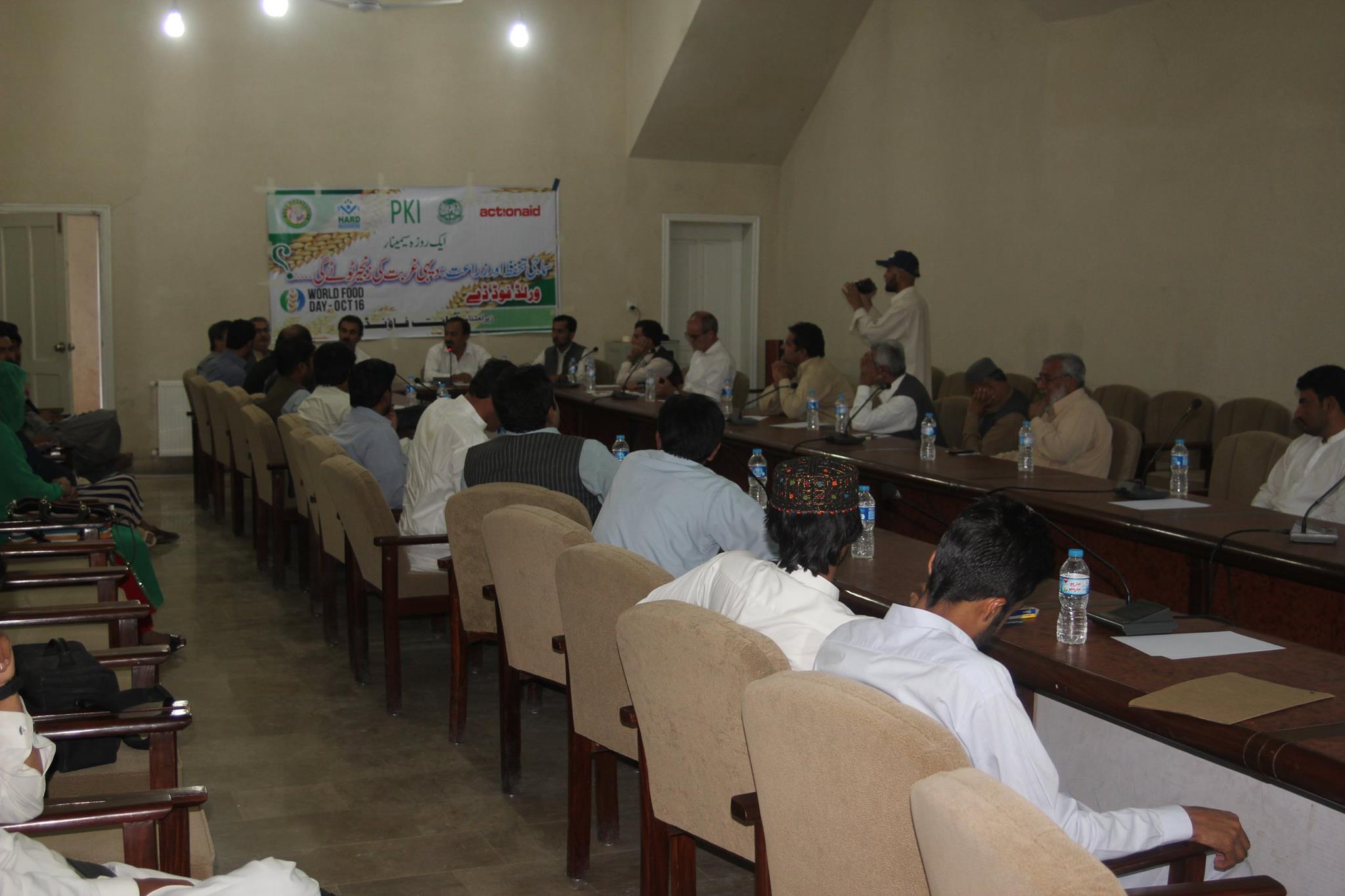 Participants of the consultative dialogue lamented the absence of senior officials of agriculture department of Balochistan.

Secretary and Director General Agriculture department were invited to consultative meeting but they didn’t bother to come – Zahid Mengal.

Other who spoke at the occasion include Dr. Khair Mohammad and Ghulam Jan who are agriculture experts, Gul Khan Naseer Head of Programs of Azat Foundation, Noor Ahmad Mengal from Pakistan Kissan Ittehad and Arif Shah Kakar, Associate Professor of Agriculture college Quetta.

Meeting was concluded on the note that both provincial and federal government need to take urgent steps to make Balochistan food secure.

Published in The Balochistan Point on October 14, 2015