Balochistan is a complicated zone and no one can be blamed for ongoing scenario: Dr. Malik Baloch 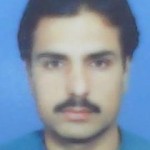 Point said: “Balochistan is a complicated zone and no one can be blamed for ongoing scenario but we are optimistic about better situation of the province.”

“The Baloch issue is solely political and it can possibly be resolved with political dialogue. The provincial   government will bring establishment and federation on a table for negotiation to solve Balochistan issue.” Said elected CM of Balochistan

Distribution of ministries in Balochistan for provincial government would immediately be done and on the issue of ministries there was no deadlock among the coalition partners. The issues would be copped with consultation of allies.  Said Dr.Malik Baloch

Talking to The Balochistan PointThe Chief Minister of Balochistan Dr.Abdul Malik Baloch said “We believe in negotiation with all opposed powers and stakeholders because Balochistan belongs to all.”

“The ongoing occurrences are   consequences of exploitation   in past and to get to the bottom of Balochistan issue we have a road-map and in the light of this plan,   we will talk to opposing and disappointed Baloch brothers.” Said Dr.

Responding a question   to interviewer of this newspaper Dr.Baloch said that they would make every effort for the development of Balochistan with a clear strategy and  would seek assistance of specialists for human resource, mining, and economic development.

Dr. said that ongoing projects of dams’ construction and electric power were being directed to be completed .In 2013 two hundred Delay Action Dams  would be built and five universities and medical colleges would be approved for Balochistan.

We would become owner of our words by realizing our promises   within 90 days. The chief minister of Balochistan said