Joyti Singh a medical student was brutally gang raped by six men in India’s capital Delhi in 2012. At that night, Joyti and her friend, after watching a movie in cinema, were standing on the road for the departure to their home. Suddenly, a bus came to them that why they are roaming at the night. People in the bus hit them with a rod and took them forcefully into the bus. In the moving bus, Joyti was brutally gang raped by oppressors. After that Joyti and her friend were left on roadside.

Fortunately, a policeman saw them and took them to hospital. Joyti Singh died few weeks after the rape because she was inhumanely tortured by the savages who can’t be called humans. Police had arrested all of the rapists. One of them committed suicide in the prison cell and one of them was a juvenile at the time of crime so he got a three years sentence. Rest of the rapists were handed death sentences.

The day after rape, as the new spread that a girl was gang rape by six persons; the students, social activists and civil society came out and protested in the national capital of India. The protesters didn’t know the names of the victim. They called the victim (Joyti) as Nelofar. Those protests in the end of 2012 had highlighted the women safety and their rights. 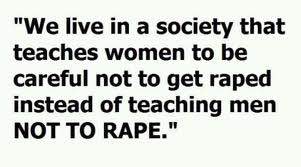 On 8th March this year, a documentary film named “India’s daughter” was screened by the BBC. This documentary was based on the gang rape that took place two years back. As in this documentary, one of the accused, Mukesh has said that in rape cases girls are far more responsible than men. He also said that “While being raped, she shouldn’t have fought back. She should just be silent and allow the rape to continue. Then we would have dropped her off after raping her.” The accused further said that how could a decent girl roam around late night. These comments not only show the mentality of those rapists but also of most men. That’s why this documentary got banned in India. This mentality has become a hurdle for the women’s rights and this need to be changed.

Another documentary came after this documentary as a tit for tat. Harvinder Singh, an Indian businessman aboard made this documentary and it United Kingdom’s daughter. This begins with a series of “facts” about sexual assault and rape in Britain, along with music and graphics. The sole purpose of this documentary was that rape is common crime all over the word. It says that Britain ranks 5th in number of rapes with average 250 people raped daily. Very few die because they don’t resist as much as victims do in India. But the conviction rate is high in Britain as compared to India.

Today, most of men consider woman to be responsible for rape. The case of Joyti has proved that beyond any doubt. This need to change and responsibility should be pinned squarely on the rapists who are responsible for that. Until and unless the male mentality regarding women doesn’t change then the plans for women empowerment can never come into reality.

Rape Women 2015-03-18
Editor
Previous: Why Are Baloch Always The Problem?
Next: Letter: Educational Problems In Kharan