Quetta: Dr. Malik led coalition government of Balochistan is facing the threat of no confidence motion in Balochistan assembly.

Molana Abdul Wasay, opposition leader in Balochistan assembly, has demanded that the session of Balochistan Assembly should be convened soon where the opposition will table a no-confidence motion.

“Dr. Malik has lost the support of PML-N and PML-Q and therefore it doesn’t have the required support to remain in the government,” said Mr. Wasay. 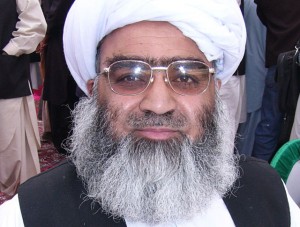 Coalition government in Balochistan comprises of National Party (NP), Pashtunkhaw Milli Awami Party (PKAMP), PML-N and PML-Q. Since the formation of government in last June, many issues have surfaced which suggest that there is no working relationship among coalition partners.

This fact was also confirmed by spokesman of Balochistan government, Jan Buledi, on Wednesday.

“Dr. Malik led government will remain intact as long as it has the support of Nawaz Sharif. Leadership of provincial chapter of PML-N was against giving the portfolio of Chief Minster to NP,” said an analyst while talking to The Balochistan point.

Given the political crisis at center and the support provided to Nawaz Sharif by Mahmood Achakzai and Hasil Bizenjo, it’s least likely that Nawaz Sharif will withdraw its support for Dr. Malik government.