EDITORIAL: A report on atrocities 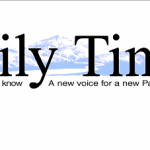 upon its recent fact finding mission to the restive province of Balochistan. The revelations contained in the report are nothing new. It speaks of how human rights abuses continue unabated in the province, how the people have hope in the newly elected democratic government but still hold the intelligence agencies of the country and the paramilitary Frontier Corps (FC) responsible for the kill and dump policy that has reaped so many Baloch victims in the province. It details how various sectarian organisations have and continue to kill and maim minority members of the Baloch community and how the insurgency is drastically increasing. Anyone who reads these pages on a daily basis knows these facts and realises that all is not well with Balochistan, but what is being done about these cold, hard facts?

Whilst the documentation of the HRCP mission must be welcomed — as should any report that details the grievances and travails of the Baloch — because of the exposure of widespread atrocities, there needs to be greater focus on the problem. The burning down of the Ziarat Residency, where Quaid-e-Azam Mohammad Ali Jinnah spent his final days, received nationwide attention and condemnation, with some people demanding that steps be taken to bring the culprits to justice and to rebuild the Residency. What about bringing to book those who have tortured, killed and dumped Baloch citizens and have made many more simply vanish? What about rebuilding the entire province of Balochistan by ensuring that such crimes against humanity do not occur? The Baloch believe, in all sincerity, that the FC is behind the many deaths and disappearances and so do the insurgents. It is the responsibility of the newly elected government of Chief Minister Abdul Malik Baloch to ensure that the FC is reined in so that a chink in the door is opened for dialogue with the nationalist insurgents. Only when the Baloch see that positive action is being taken against those they suspect of being behind the rash of killings all over the province will there ever be hope for a political resolution. In the absence of such moves, all else seems futile and the bloodshed in Balochistan seems set to continue indefinitely. The first casualty of such a course will be the credibility of the new government in Quetta, thereby washing away any hope that it can turn the corner towards peace in the province.

2013-06-28
admin
Previous: In Support of Declan Walsh’s Return to Pakistan
Next: Bangladeshi jailed for Facebook death threat to PM