Education and our ruling flouts 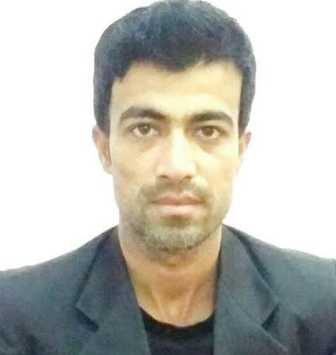 The education system in Pakistan seems very adverse; it is believed to that  4.1 children are out of schools according to the UNDP report 2015. Policies that have been made for education sector are known to be not improving and making it more productive. The illiteracy rate has rapidly increased, unemployment seems as talking to sky, in the index of corruption the country stands in the most corrupt figures. With the changing environment of the world to technical field, our country is considered to be backward in the race of technology. Reasonably, no policy has been initiated for the betterment and integrity of the nation. Odd practices and reaping benefits from short term of tenure of the political bosses are measure causes of being backward in the race of development.  It is doubtless that Pakistan is a nuclear state amongst the Islamic states and the world deems it the first Islamic country as to be powerful nuclear state but, the attitude of our ruling flouts of not paving the path for educational change and feeling pride as being a nuclear state is an approach of devastating economic and nuclear capability.

Undeniably, any state that looks dormant to the dynamic development of the world regarding revolution at industrial surface and the orientation of entrepreneurship that country confronts economic problems. One of the reasons of being backward of states is not allocating some of budget on education. A huge chunk of budget is allotted for defense why some of it is not spent on education. Even realities our leaders have experienced that nations destroyed owing to not bringing reforms in education sector and they are aware of industrial revolution can come by highly being educated of the nations.

First English civil war of 1644 is a great example of revolution of the industries and institutions occurred by glorious revolution. People became united, and surely cooperated each other for the progress of the nation. Another example is of United Kingdom it developed those altruistic policies of industrialization, since its start, the factory act mandated for two hour education for factory working children.  The word industrialization means economic prosperity and increase in GDP. In 1825-1850 almost every northern state had laws encouraging localities to establish free education supported by taxes. Surprisingly, industrialization in the United States began in 1870 it witnesses laws for free education brought industrial revolution in the United States.

Why Pakistan seems poor in adopting these policies, years have gone, we are clogged with corruption even we have ingredients of experience learned from states that brought gigantic change in the industrialization through paving the way for free education for individuals. It is irrefutable fact that nations cannot be progressive until education is made free to all.

Employment, economic prosperity and nuclear capability are need of every state in order to maximize them and these can only be up graded when the laws for free education are vehemently drawn. Sincerity of ruling class to people and paving paths for education are foremost important factors to deal with them but there our frontrunners seem less altruistic and more self-centered. The interest of nation to them seems not more than business of reaping benefits. This ideology of ruling tandem to gulp public funds corrupts the mind of people and leads the country to fractious path regarding economic sovereignty.

Notwithstanding, the ruling class that are grotesque in nature, must take lesson  from their four Asian tigers, South Korea, Hong Kong, Singapore and Taiwan took off economically around the 1960. All achieved 100% primary schooling enrollment but there  it is very annoying here in Pakistan, the prime responsibilities  of providing basic rights of education is emphatically snatched under the strict laws that abide every politician and citizen to follow.

The misery is, accountability against hydra headed business of corruption is missing and the ruling class is supported in the orientation of graft by higher authorities. Laws are drawn to provide public safety and protect the integrity of the state. When the policies are harmful and leaders are vague in their tenets to real deeds so the nation slips into consuming eternal miseries and progress is never born such states where ruling class seems deleterious to citizen. Skewed paradigm of politicians is seemingly known that Pakistan’s vote winning infrastructure is being developed aggressively, while progress on education and institutions remain elusive.

2017-03-21
admin
Previous: Child marriage as a violation of human rights
Next: Hooliganism of IJT in Punjab universities