Quetta – In an example of Epitome of Bad governance, sewerage drains in Wahdat colony Quetta are overflowing for last 35 days.

Wahdat Colony is a congested locality situated at the geographic center of Quetta city.

During last 35 days the foul smelling drain water has engulfed major streets of Wahdat colony connecting it with brewery road. 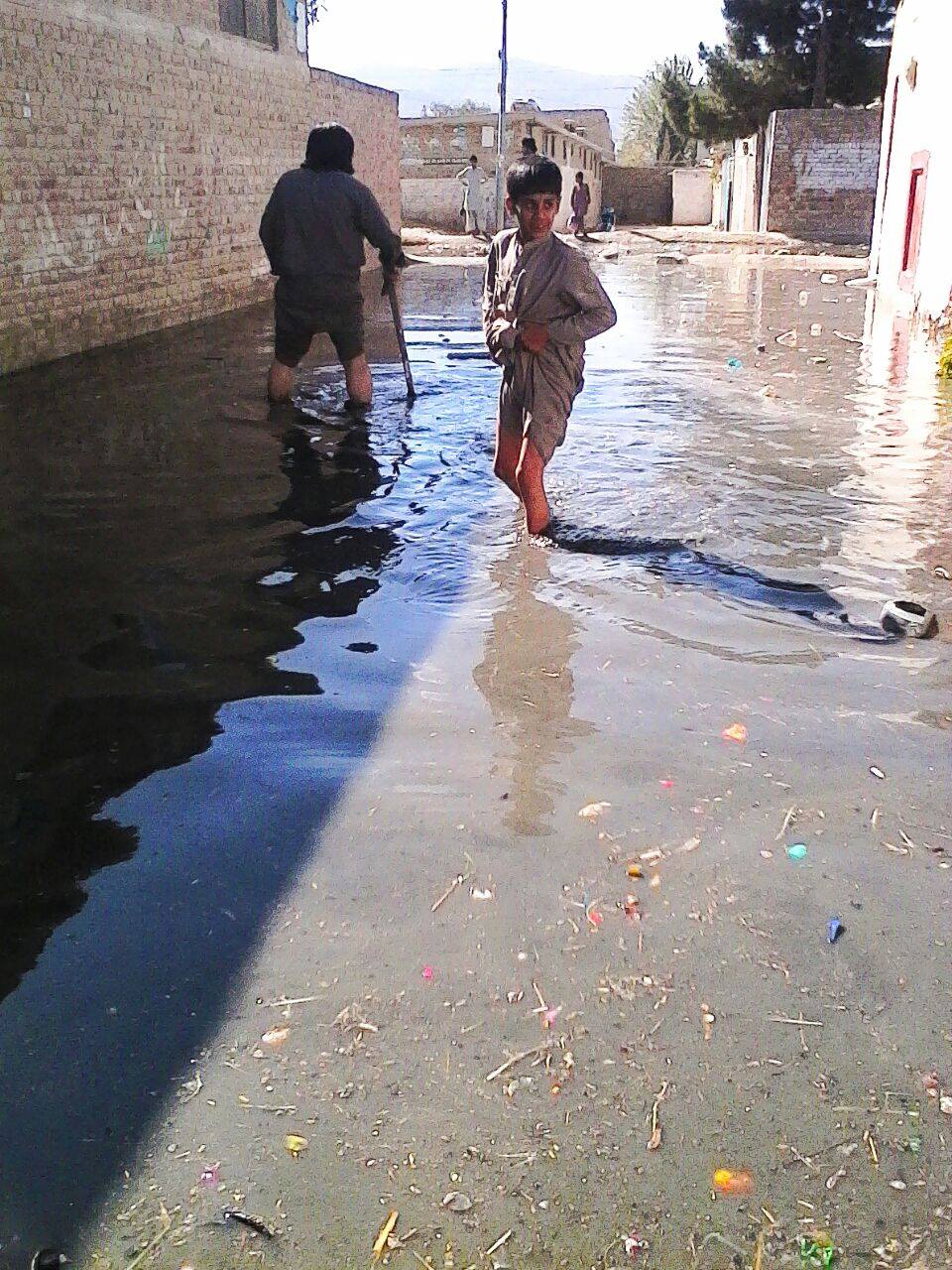 Several drains pass through different areas of Quetta city which are used for disposal of sewerage waste.

Sewerage drain is blocked because it’s too narrow and it has not been cleaned on regular basis – residents.

“Sewerage drain is blocked because it’s too narrow and it has not be cleaned on regular basis,” Ameer Baksh, a resident of Wahdat colony told Balochistan Point.

Quetta Metropolitan Corporation, the department responsible for cleaning drains, has expressed its inability to solve the problem.

“5 Million Rupees are required to clean the sewerage drain and solve the problem which we don’t have,” Dr. Kaleemullah Mayor of Quetta city told media.

Abid Lehri the councilor of Wahdat colony expresses his helplessness in the matter. “I don’t have any authority in this regard,” claimed Mr. Lehri.

5 Million Rupees are required to clean the sewerage drain and solve the problem which we don’t have – Mayor Quetta city.

Last week residents of Wahdat Colony hold a sit-in protest outside the house of Sardar Raza Barech who is the Member of Provincial Assembly (MPA) for PB-4 and Wahdat colony falls under his constituency.

As a result of the protests, Mr. Barech has sanctioned cleaning activity of the sewerage drain on small scale but Wahdat colony residents are not happy with this. 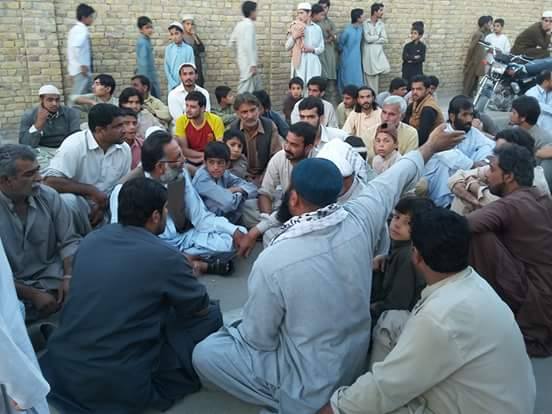 “A large scale cleaning of the sewerage drain on urgent basis is required to solve the problem,” Attaullah another resident of Wahdat colony told Balochistan Point. He added, “Cleaning activity started on instructions of Sardar Raza Barech would prolong the problem.”

Residents of Wahdat colony want a permanent solution to this problem which they believe lies in changing the course of the drain.

“This drain should be diverted near Secretariat Chowk and should be connected with main sewerage drain of Spini road,” said Ameer Baksh. 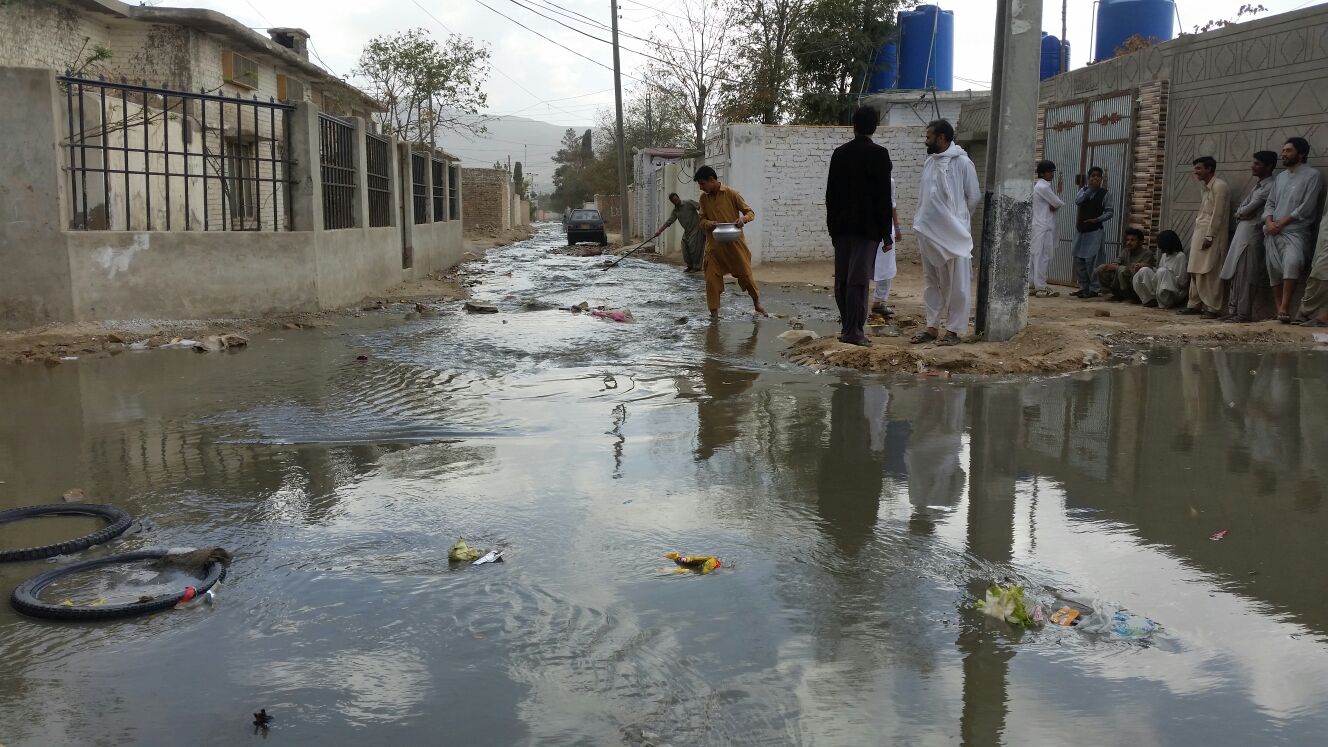 Another scene of streets of Wahdat colony

People closely studying the governance issues in Quetta term this entire episode a failure of Local government system in Balochistan.

Earlier this month group of Local government representatives from all over Balochistan threatened to resign en mass if they are not provided with sufficient administrative and financial powers.