From rallies to armed resistance in Balochistan 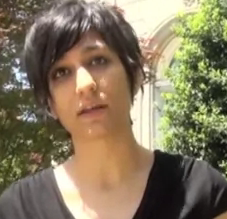 For the past two weeks, 23-year-old Latif Johar has refused to eat in protest against the disappearance of his comrade, Zahid Baloch, one of at least hundreds of ethnic Baloch forcibly disappeared by Pakistani intelligence agencies. Johar, increasingly frail, is now hooked up to a drip at the open-air protest camp for missing persons in Pakistan’s metropolis, Karachi.

The hunger strike is part of an organised campaign by the ethno-nationalist, separatist student group called the Baloch Student Organization (BSO-Azad). Founded in 2002 by well-known separatist fighter, Allah Nazar Baloch who is now a commander of the fighters of the banned Baloch Liberation Front (BLF), the organisation is spread throughout Balochistan and has been critical to recruiting youth into the separatist movement. The Pakistani state views BSO-Azad with such concern that it was banned in 2013, one month before the elections, as part of a sweep against “terrorist” groups.

Zahid, who was picked up at gunpoint on March 18, is its chairperson. His disappearance is only the latest of a long list of abductions of BSO-Azad’s young leadership, as well as other Baloch activists, by Pakistan’s security establishment. Most remain missing while others are found dumped, their corpses bearing marks of severe torture. The practise is so frequent that it has come to be known unceremoniously as “kill-and-dump”.

These abductions are an attempt to suppress the metastasising independence movement in Pakistan’s largest and most resource-rich province, Balochistan. There have already been four rebellions here since Pakistan was founded, with the fifth now in full swing.

Too critical to lose

A little less than half of Pakistan’s territory, Balochistan – home to predominantly ethnic Baloch along with Pashtuns and Hazaras – is effectively under the control of the military through a network of garrisons and checkpoints. For the Pakistani state, Balochistan, which stretches from the cobalt-blue waters of the Arabian Sea to the southern tip of Pakistan’s FATA region, is too critical to lose. The province has the country’s only deep-sea port at Gwadar, and its vast natural resources including oil, coal, gold, copper and gas reserves make billions for the central government. Yet, for all its riches, the people here remain desperately poor. This is what has partly incited an ethnic Baloch separatist movement. The last armed uprising in the 1970s, cost 5,000 Baloch lives before it ended.

Sparked by the killing of Baloch leader Nawab Akbar Bugti by the army in 2006, the current movement is two-pronged: A popular resistance with rallies and demonstrations and an insurgency that has attacked security forces as well as infrastructure within Balochistan.

The two are connected. But, in this latest phase of the Baloch struggle, the insurgency is once again gaining popularity because security forces have repeatedly responded to the movement’s protests with overwhelming force. Police fired teargas at the Karachi protest camp on May 5, including at a weakened Johar. And in Balochistan, the home of one of the student leaders of the BSO-Azad was bombed only a day ago.

Even prominent Pakistani journalists are being attacked for speaking up. On April 19, gunmen opened fire on news anchor Hamid Mir. He alleges that it was elements within Inter-Services Intelligence (ISI), Pakistan’s spy agency, that were behind the attack. Although it remains unclear just who shot Mir, there’s substantial reason to suspect the agency.

After refraining from reporting on the issue like most of the Pakistani media, Mir had tentatively begun airing stories of the disappeared on his national television show. In his latest reporting on the subject, when demonstrators marched from Quetta to Islamabad in a 2,400km walk to protest the disappearances this March, Mir devoted an entire episode to interviewing them.

While the attack on Mir quickly turned into a trivial debate about media ethics, the substantial issue is this: Mir believes that he was attacked by elements within the ISI for raising a specific issue connected to Balochistan, and to observers of Pakistani politics this seems entirely plausible, even probable.

That is the material point. For all our democratic milestones, Pakistanis now live in a country in which half the territory is in a state of occupation, if one counts FATA (and one should), complete with military attacks, selective suspension of law, forced disappearances – and Pakistanis fear being shot for merely pointing this out.

It is this state of affairs that is fuelling the turn towards armed resistance. On April 9, a bomb blast ripped through an Islamabad market killing 25 and injuring dozens. The little-known United Baloch Army (UBA), claimed responsibility for the attack.

The blast came following a military operation in Khuzdar and Kalat districts of Balochistan that killed roughly 40 people including separatists. Baloch groups allege that children as young as six years old were also killed as helicopter gunships attacked homes. The UBA specifically linked the violence of the army to the violence of its attack.

“We carried out the attack in Islamabad in response to the military operation against us,” said UBA spokesman Mureed Baloch, and warned that there would be more.

The Islamabad blast is significant because it is the first time that a Baloch group has attacked non-military targets outside of Balochistan. The government dismissed the UBA’s claim. In a text message to reporters, the interior ministry spokesman implied that foreign intervention, rather than an indigenous insurgency, was behind the attack – a long running claim by the government, which primarily blames India, but also Afghanistan and the US, for fomenting a fabricated Baloch insurgency.

The allegations deflect attention from the extreme force deployed by the security establishment to quash dissent and to delegitimise the demands of Baloch activists. The refusal to admit that the Baloch insurgency is a homegrown response to the cutthroat actions of the Pakistani state only yields more repression – and resistance.

The UBA attack remains exceptional, but it signals what may be coming if Pakistani security forces continue their policies, which have the dubious distinction of being both half-witted and unconscionable. The actions of the security establishment have already put Pakistan in a bind.

Some analysts have argued for economic development in Balochistan and for releasing the disappeared, but this avoids the issue at the heart of the struggle. The desire for an independent Balochistan has already spread across the province from its fishermen to its middle class and well-to-do youth. For increasing segments of the younger Baloch, the problem is no longer about economic dividends but preserving national identity and independence. And they see the armed resistance as the only way to get it. (Courtesy: http://www.aljazeera.com/ )

Madiha Tahir is an independent journalist. Currently she is a doctoral student at Columbia University. She is co-editor of “Dispatches from Pakistan”.

The views expressed in this article are the author’s own and do not necessarily reflect Al Jazeera’s editorial policy.

Republished in The Balochistan Point on May 6, 2014