Between a circle of crowd, numerous people stood staring at the victim who had closed his eyes and was fallen on the road with blood on his torn shirt and around him. It was too late when a kind soul took him to the hospital. He died, leaving behind a story that was indeed repeated for a few days but forgotten afterwards.

Like every victim of road accidents, Elahi Buksh too came out of his home hoping to be back after a while. He did indeed but with his eyes closed and wrapped with white cloth when his daughter whose marriage was arranged the very day and the other family members shed tears sitting around him.

Forty-six year old Elahi Buksh father of eight kids was resident of “Kulanch” a famous village near Pasni town of district Gwadar. Having a few relatives in Gwadar, according to his family members, he intended to invite them to his daughter’s wedding. Before entering the main city, near the “Adda” area at the airport road a car clashed with his bike. They hit so badly that at the very point he took his last breaths.

“This is not the first road accident experienced by the citizens of the coastal city. In the last decade, Gwadar has seen more than a hundred such accidents having the biggest number of young victims,” the local people say.

With its narrow width and extraordinary silhouette, Gwadar owns just a few but unique roads and highways for instance the Jinnah Avenue, Airport Road and the Fish Harbor Road within the city and the Makran Coastal Highway that links Gwadar with the metropolitan of Karachi.

“Until 2003, Gwadar only had two main roads and there were no proper connections with other cities. But back then we didn’t hear about the road accidents either, it was 2004 and onwards since we experienced several such incidents that had almost killed more than 700 people in Gwadar”, says Ghulam Farooq a local resident.

Six-year old Shoaib, a road accident survivor, shared his story with innocence that a bike hit him on Fish Harbor Road when he just came out of his home to play on the “Padi Zir” beach. He has survived but the fear he now has will remain for lifetime. 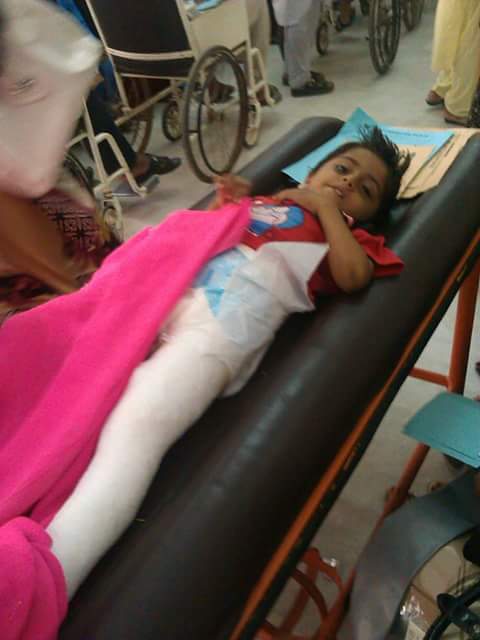 There can be several reasons for the increasing number of road accidents in a place like Gwadar where heavy traffic is hardly seen. Since there are no traffic rules or signals that an individual would follow as the local residents say, anyone can ride or drive anywhere for instance the roads that must be used to enter the city are used for exiting and vice versa.

Young boys can also be seen riding motor bikes on the pavement (foot path) instead of the wide roads. Most motorcyclists or car drivers don’t even have any kind of license.

Saleh a shopkeeper in New Town Area shared, “Even 11-15 year-olds can be seen riding motor bikes and crossing the speed limits. I’ve seen two kids” pointing toward the front road, “in front of my eyes, losing the control over their bike and hitting hard to the ground. They survived but broke their bones though.”

Both of those kids were later taken to Karachi. They remained under medical care for two months. For a family that could hardly afford two meals a day had to pay several medical bills. It was later found out that the bike they were riding didn’t belong to them either.

In only year 2015, there have been more than 14 road accidents only in Gwadar city that had killed approximately 15 people, leaving several injured. Most of these incidents were may be preventable. Road Accidents have been identified as the second leading cause of death and injuries for 14-30 year-olds by the health department in Gwadar.

According to the sign boards, speed limit for the heavy vehicles is 80 kilometers per hour and 120 KM per hour for smaller vehicles on main highways such as the Jinnah Avenue. The speed limit decreases on Fish Harbor and Airport Road however there can hardly be anyone who would follow the sign boards.

A study titled “Road traffic accidents and safety” shows that helmets for motorcyclists can reduce the risk of death by 40% and severe head injuries by 70%. Seat-belts for drivers have been considered mandatory to ensure 40-65% risk reduction of death for front-seat passengers and 25-75% for the rear-seat occupants.

While there is law present for helmet usage and penalty for not doing so, yet its compliance is very rare whereas there’s no legislation mandating seat-belt yet and no awareness either.

There might be road safety rules somewhere in the records of the traffic police or National Highway Authority but not generally talked about and followed which is the leading cause for the increasing road accidents in the port city as the citizens say.

“Road safety rules should be part of our school curriculum so that we learn about the rules, safety procedures and stay safe,” says 14-year old Naeem an eighth grader. Since most drivers and motorcyclist are not literate and can’t identify the road signs, there must be awareness campaigns for them.

“Leaving the other causes aside, even some times the roaming animals on the roads of Gwadar for instance cows, goats or cats can be reason of accidents. There’s no authority even the municipal committee to take notice of this issue,” shared a local resident.

The passengers who travel from Gwadar to Karachi through the Makran Coastal Highway showed their concern that although buses are not allowed to carry extensive amount of diesel, yet almost every bus carries more than 20 gallons of smuggled Iranian-diesel and after having dozens of check posts no one says anything. They might get their share as they say. Last year just a minor flame burnt the entire bus killing more than half of the passengers on the bus that collided with another vehicle.

Because without concerned action, the death and injured toll is forecast to rise every year, the government will have to take mandatory actions in order to reduce the road accidents. Traffic rules should be enforced and local police should also be aware of their duties. National road safety secretariat should be also extended up to district level to achieve road safety objectives at grass root level.

Published in The Balochistan Point on August 14, 2015