Pakistan’s Port of Gwadar, 267 Miles West of Karachi and 43.5 Miles East of 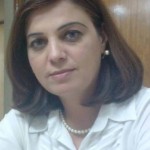 Pakistan-Iran border, bears a great strategic value vis-à-vis the Straits of Hormuz, the life line of energy to the outside world. On average, around 36000 ships transit through Pakistan’s area of sea interest annually. The average trade of the country hovers around 38 million tons out of 95% is through sea. Pakistan’s major port, Karachi accounts for 68% of the sea borne trade whereas the other Port located towards the south-east, Port Qasim accounts for 32%. According to one estimate Pakistan’s sea borne trade would reach 91 million tons by 2015.

The Port of Gwadar became operational in 2008 when merchant vessel ‘Pos Glory’ made a maiden call at the port on March 15. Its location can facilitate trans-shipment facilities at the international levels being very close to international sea lanes of communications. It also provides a direct access to Central Asian Republics and Afghanistan to transport their energy resources and other trade to Gulf region and else where down the Indian and Pacific Oceans. Unfortunate as it has been, Gwadar has not been able to live up to its true potentials.

Despite being operational for the last five years, the Port still gives a deserted look. The sordid tale of the Port started with international tenders in 2006 seeking competitors to run, manage and develop the Port. Concession Holding Company, a subsidiary of Port of Singapore Authority’s bid for operational control of the Port was accepted. As per the contractual clauses, Singapore port authorities were to invest US $550 over next five years for the development of the Port however, development is yet to be seen around.

The Singapore Port Authority has made the development incumbent upon provision of land free of cost to construct a ware house first. The land would cost the Baluchistan Government a hefty sum of Rs. 15 bn. The controversial handing over of Port operations to Singapore authorities has not delivered with the result that the Port still operates to its half capacity. The contract signed between the Ministry of Ports and Shipping with the subsidiary of Singapore Ports (CHC) was devoid of foresight by the Ministry officials.

The copy of the contract acquired through the Ministry is a tell all story of major flaws and is more in favor of the Singapore company rather than the government of Pakistan. Many in Pakistan wonder that non-serious attitude of the Ministry’s leadership towards development of the Gwadar Port inherently prevails over the false assumption that Gwadar’s development would result in down gradation of Karachi Port activities as hub of national economic activity. The whisperers also say that a certain coterie of the Ministry of Ports and Shipping is involved in acquiring big chunks of land around the Port whereas the focus should have been acquisition of same land for development of Gwadar Port.

Many political faces at the center have changed since the Gwadar Port Project lifted off the ground, some for defying the judiciary and some for being persona non grata. The only thing consistent that happened to the Ports and shipping ministry was its leadership. One will not be wrong in analyzing that onus of the failure of Gwadar Port development lies with the relevant ministry and its hierarchy.

Ministry’s failure has reciprocally added to a long list of Federation’s woos and failures that continue to strive to resurrect other white elephants like PIA, Railways, Textiles and the energy infrastructure. Unless these issues are resolved through a well thought out strategy and foresight, the benefits like enhancement of strategic capabilities of the country and tangible socio-economic benefits for the people of Pakistan and specially those belonging to Baluchistan will remain a distant dream. The successive governments have failed to realize and exploit the full potential of the Port as well.