Employees of GDA Public Higher Secondary school, both academic and non-academic, protested outside the main office of GDA. Employees protested against the unjust attitude of GDA administration in the form of terminating a local teacher, suspending the office superintendent and the accountant and non-payment of salaries of a few teachers without any reason.

GDA Public Higher Secondary school was established as part of the developmental projects of GDA in summer of 2012. Since then it has been benefitting the region educationally but the internal situation of school has been disturbing for the employees ever since 2013. 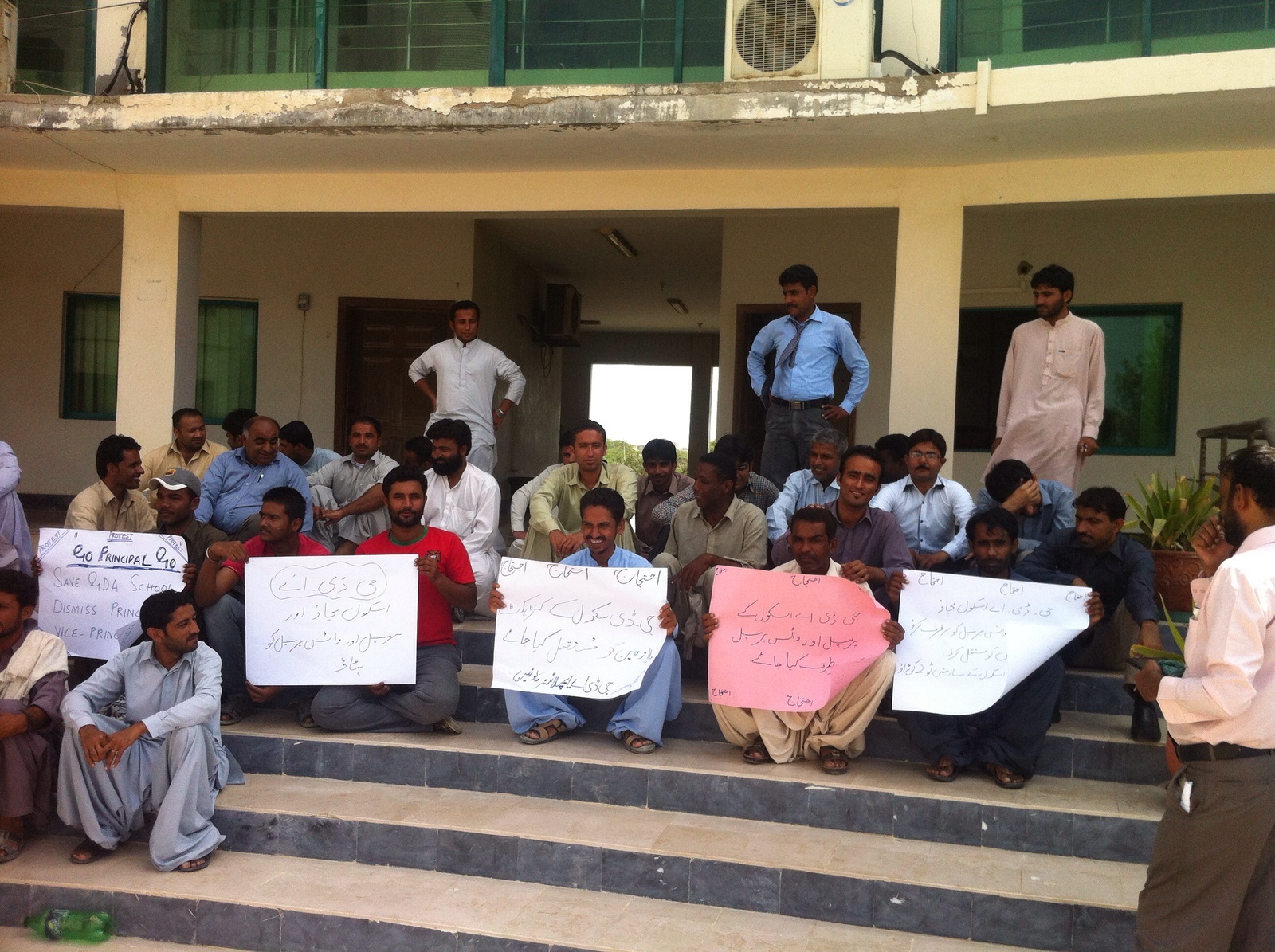 Protesters claimed that the situation was never as bad as its today and that is the reason they had resort to protest in front of the GDA Office for the whole day.

According to the protesters, Principal Colonel (retired) Saeed-ur-Rehman joined the office on 1st June during the summer vacations and don’t have any idea about the school and the teachers. Yet he terminated the Islamic education lecturer, a local resident of Gwadar, without any valid reason. 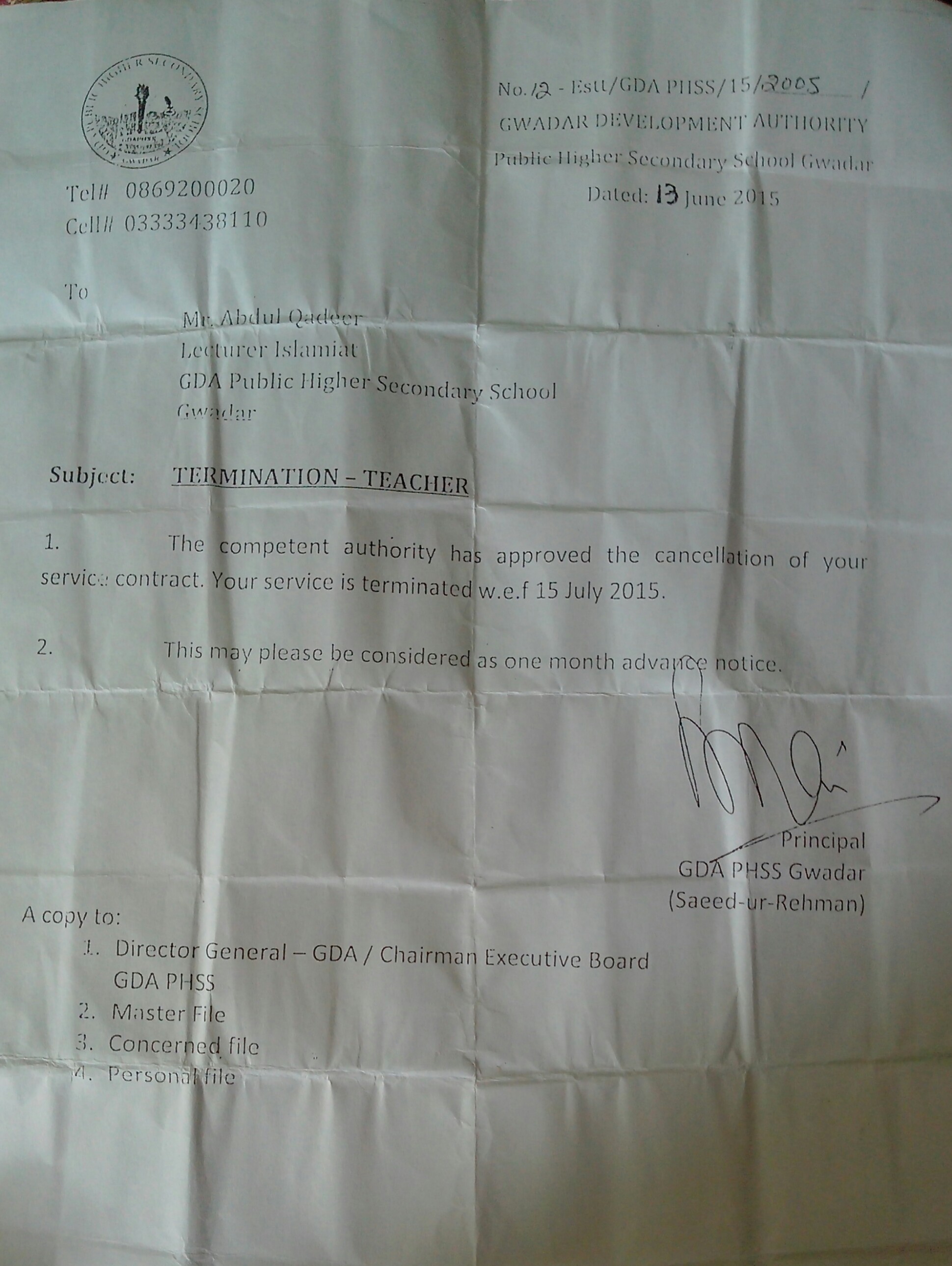 Gwadar is among the very few cities of Balochistan where, reportedly, non-locals can safely work. Since GDA School required highly qualified instructors, several non-locals joined the school and have been serving as vital part of the institution but recently the salary of two non-local teachers has been stopped.

When staff of the school protested against principal and Vice-Principal on 15th August, GDA official assured staff that issues will soon be resolved. However the next day Office Superintendent and the accountant, both locals, were suspended without any applicable reason, as per protestor’s claims.

“This left us with no choice but to walk out of the school and protest in front of GDA main office,” lamented a protestor while talking to Balochistan Point. 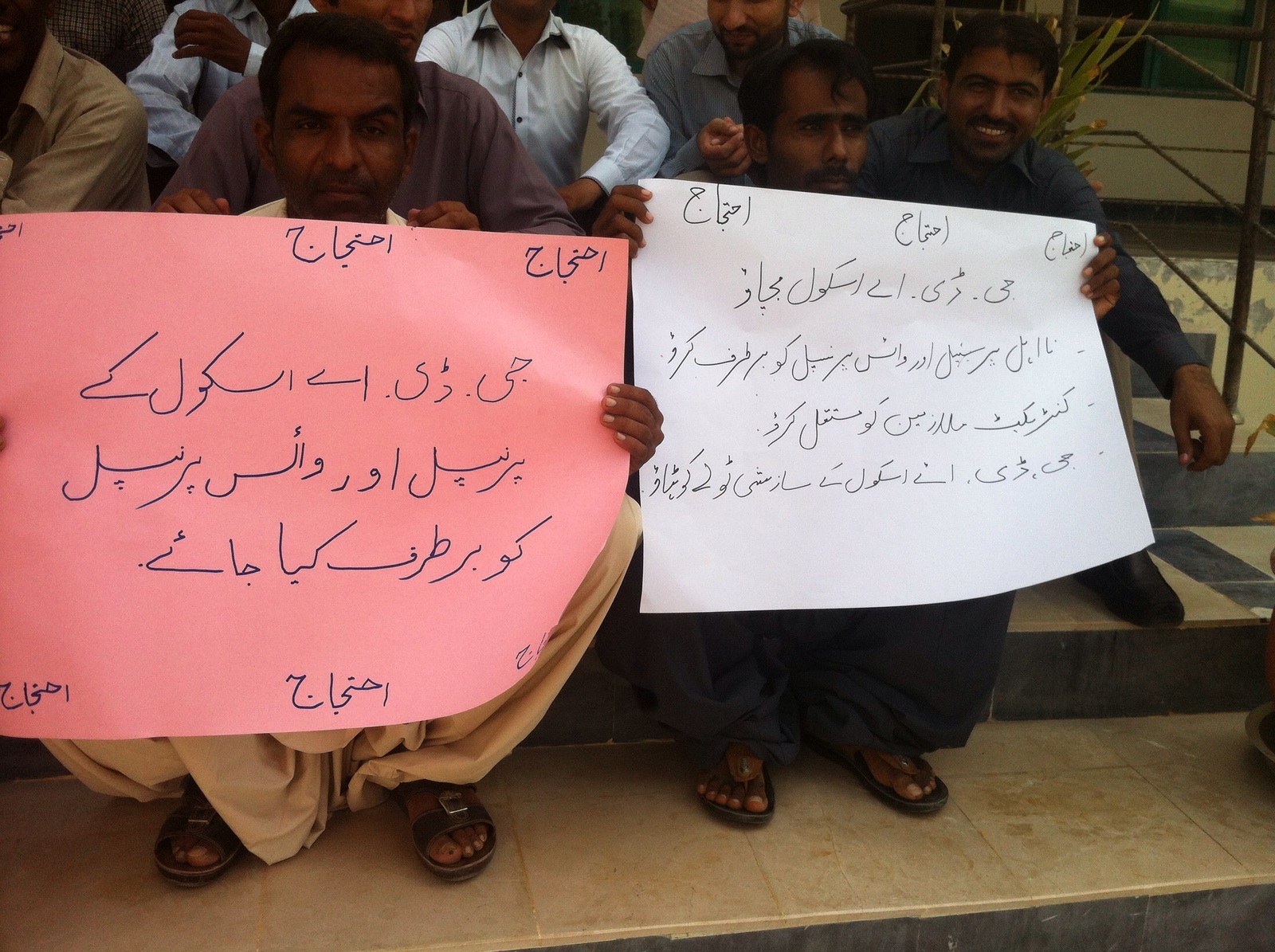 “GDA School is as one of the biggest educational institutes of Makran and it could potentially benefit the deprived people of the region educationally as well as with job opportunities but it has rather disappointed the employees with terrible treatment,” a protestor told Balochistan Point.

Another protester questioned the higher authorities, “Why a school which is visited by the Chinese delegations every now and then and gets funded millions of rupees per year is a victim of abysmal condition? He answered; it’s because of favoritism, unjust activities and incapable and incompetent Principal and Vice-Principal.”

The protesters demanded the Director General of the GDA and the higher authorities to solve their issues as soon as possible so that the academics of the school are not disturbed but if the authorities fail to do so, protestors warned, they will continue their strike and protest in front of the GDA Main Office, indefinitely.

Published in The Balochistan Point on August 17, 2015