How Social Media Affects Us? 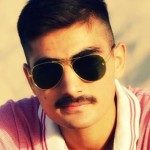 Basically social media has played an important role in whole world. Social media has good effects and bad effects and it depends on how we make use of it. Our neighboring country India is advertising the educational websites for their nation but in our country our nation is just spoiling themselves by using Facebook and other restricted sites.  Facebook can also be a useful and informative site if we make it useful but our nation is using the Facebook for uploading their pictures and having chit chat only.

In social media we can read newspapers online and also get our articles published on different issues. Due to the misuse of social media now it’s easy to attack anywhere in Pakistan because terrorists are working on their plans with help of social media. They created their accounts on Instragram, Facebook, Flicker, Twitter and other outlets of social media and promoting their religious plans and websites just to attract youth towards them. In 2006 according to the report of Norwegian defense research establishment (NDRE) about the online jihad the report concluded that the online activities of terrorists were increasing but there was no evidence of the direct recruitments of the jihadis through the internet.

Especially the militant organizations and religious propagators, use the social media outlets for simply targeting the youth by the crafted messages and fancy videos. Social media is introducing the new political trends in which our youth is participating and they can’t give the proper attention towards their studies and this is the reason that our literacy rate is lower than our neighboring countries and in Pakistan there are 2.7 million users of social media. Now a days there are many new ads of websites which are promoting the pornography, online marriages and dating sites. How the youth will progress if they get involve in these sorts of activities and liking and promoting the pages of political parties?

Even now these political parties and their cheap politics are entering in our schools colleges and universities just because of the social media this is the duty of our government to bound the politics in official places and assemblies. If we are dreaming that we will compete with our neighboring and enemy countries so we have to stop these sorts of activities and we have to give importance to our studies and to our aim to achieve our goal because the future of our country depends on it.