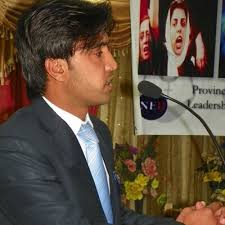 The Constitution of Pakistan states “All citizens are equal before law and are entitled to equal protection of law.” Universal Declaration of Human Rights states that “All are equal before the law and are entitled without any discrimination to equal protection of the law”. Human Rights Watch in its publication “Pakistan: Ratify Treaty on Enforced Disappearances” on August 29, 2013 very clearly states that “Pakistan’s participation in the United States-led War on Terror since 2001 has resulted in hundreds and perhaps thousands of individuals being disappeared. In addition to those arbitrarily detained in counter terrorism operations, journalists, human rights activists, and alleged members of separatist and nationalist groups, particularly in Balochistan province, have been and continue to be forcibly disappeared.

A report by BBC, states rapid acceleration in kill and dump of the youth in Baloch dominated areas, Balochistan’s mass party (BNP-M) on June, 2013 in its statement records 279 Baloch have gone missing and 50 mutilated bodies are found. Voice for Baloch missing Persons (VBMP) documented more than 14,000 enforced disappearances.

The Constitution of Pakistan states that “every child has the right to free and compulsory education” and the Universal Declaration of Human Rights states “the right to education and primary schools should be free”. Education in Balochistan is an alarming issue and many of the international research conclude that Pakistan is far behind to achieve the goal of education for all.

Sanaullah Baloch in article “The lost generation” states ‘compared to hundreds of education institutes and colleges in Punjab, Balochistan has only nine such centers, all poorly developed and in urban areas. Hence, rural Baloch youth are deprived of practical education”.

The latest survey by Pakistan Bureau of Statistics, Government of Pakistan shows that 30.6 percent of children between the ages of 5 and 16 are out of school, which amounts to 16.9 million children.

Few days earlier in an emergency vaccination campaign for polio in Quetta, four health workers, including three women were killed and three others were injured in an attack on a vehicle of polio vaccination team. In fact, the health sectors specifically the infrastructure and provision of health care and basic facilities is unsatisfactory.

Young people constitute two-thirds of Balochistan’s population. Most are poor or middle income and have few opportunities to develop their potential. The education system fails them and they lack opportunities to experience life outside of their own traditional culture. Their social life too often consists of entertaining themselves through television, video games, and the internet, and when or if they graduate from high school or college they face high unemployment. When coupled with the security problem in both cities and remote areas and the fact that the Pakistani politicians do not encourage young people to take decision on issues concerning them and work toward community development, their futures are bleak.

In the second review session 14 of Universal Periodic Review: 167 recommendations were put forth to Pakistan, out of which Pakistan accepted 126, rejected 7 and pending are 34. On close review of the recommendations it is very clear that the Pakistan and its institutions have not taken any serious step for implementing the accepted and pending recommendations on enforced disappearances, health, education, freedom of religion and discrimination against women human rights.

It is every citizen, institution, working group, stake holders, and national and international organization’s responsibility to put pressure on Pakistan to implement the recommendations of the second review-session 14.

Author is the President of Balochistan Institute for Development (BIFD).Author’s this article was originally published  in 2014 but once again it is being shared for the readers of Balochistan Point on International Human Rights day.

Published in The Balochistan Point on December 10, 2014