QUETTA: He is only 14 but moved to courthouse in a prisoner delivery van along with other hardened criminals for bail. Peeping from the wire meshed window of the van, he can watch the uniformed school children of his age walking to schools with books in hand, bags slinging down the shoulders and faces shinning.

However, tears slid down his eyes when Ahmed* finds his wrists cuffed in a pair of lockable metal rings linked together. Ahmed was in prison at the provincial capital of Balochistan for a complete year. He could only secure his bail the day Balochistan Point team talked to him. He was locked up for a complete year in prison being slapped two cases under section 392 of Pakistan Penal Code (PPC) for theft. “I was not tortured at prison,” said Ahmed, adding that being poor he could not hire a legal counsel that caused his case linger on for a year.

“Accused is the favourit baby of Law”, is a maxim that resounds in the chambers of lawyers as and when visited. But when it comes to a child accused, the voice of conscience dictates that he must be ‘the most favourit’baby of the law.

Pakistan is the signatory to 7 out of 9 International Core Human Rights Treaties which also includes the United Nations Convention on the Rights of Child (CRC). This legal document is termed as the Magna Carta of the child rights worldwide which bestows rights and safeguards to a child in conflict with law during pre-trial, during-trial and post-trial periods.

Munir Hussain Khattak has been teaching law at Balochistan University Law College for the last 5 years. Talking to Balochistan Point exclusively, he said that the CRC was adopted by UN in 1999 and Pakistan, being a signatory to it, adopted it as an ordinance in 2000 when General Pervaiz Musharraf was in power, adding that later amendments were made to it in 2002 and subsequent years. 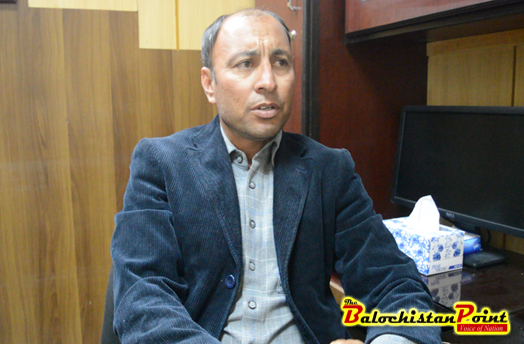 In Pakistan the law came to be known as Juvenile Justice System Ordinance (JJSO). Gulzar Kandrani is a practicing lawyer and a child rights activist based in Quetta. He adds that Section 10 (3) of JJSO states that a child accused shall be placed under the custody of a Probation Officer or a suitable person or an institution dealing with the welfare of the child if the parent or guardian of the child is not present.But he shall not be kept in a police station or jail in case of juvenile in conflict with law.

“Probation officers have no arrangements to keep a child under their supervision in the absence of Borstal Institutions,” added Yaya Bakhtiar who is a probation officer at Home and Tribal Affairs Department Balochistan. He says that a summery for establishment of a Borstal institution has been put up to the higher authorities, but, owing to apathy of authorities concerned, it will mostly probably die its natural death.

No separate courts are established for the juvenile under section 4 of the JJSO so far, plans may be in pipeline for years. During a visit of Balochistan Point team to Session Court Quetta to meet another juvenile accused, who was brought for hearing in the hustle and agonizing environment of court,the juvenile could not even be contacted owing to security restrictions.His counsel, however, only managed to talk to us, saying he is kept with other regular accused here and produced before the court where adults are produced for bail. “No segregated arrangements,” he added.

Borstal institutions are rehabilitation centres and temporary shelters where children in conflict with law should be kept under the JJSO but none is seen established in Balochistan so far.

Borstal institutions are rehabilitation centres and temporary shelters where children in conflict with law should be kept under the JJSO but none is seen established in Balochistan so far.

Abdul Sattar is a child rights protection activist based in Quetta. He has been working on the issue in hand for the last 10 years. He said, “ a child, who needs shelter, is not always in conflict with law; he may, however, be in contact with law. For instance, in case a child gets separated from family by accident and if police find the child, they (police)have no place to shelter such a child.”

Sattar further added that that Unicef had established a Child Protection Desk (CPD) in each police station of the provincial capital but the practice could not be continued for one reason or the other.

“None of the two major clauses of JJSO have been implemented in Balochistan; neither Borstal institutions nor separate courts,” adds Abdul Sattar, saying the sister provinces have made such arrangements long ago but Balochistan lags behind. Sattar also added that most of the children in conflict with law were held under Foreign Act who were children of Afghan refugees, and regular citizen of Pakistan only made 20% of the children in conflict with law.

Muhammad Amir Nawaz Rana Advocate is a practicing lawyer of Supreme Court of Pakistan who was contacted on the issue by Balochistan Point. He said that JJSO is often misused in Pakistan in many ways, saying that many a times a crime is committed by the parent and a child is forced to make a confession to weaken the case of his opponents, knowing that a child can be acquitted under JJSO easily.

He said that owing to deep entrenched corruption in the entire system, even medical boards manipulate the reports to declare otherwise an adult a juvenile to save him from due punishment of the offence committed. 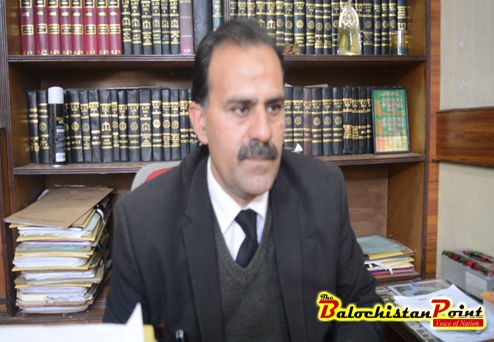 Khalil-ur-Rehman is an advocate of High Court Balochistan who has also conducted research on the implementation of the JJSO in Balochistan in collaboration with an INGO, Save the Children. He says that the place where juvenile are kept is given a name which bears negative connotation in our society. ‘Chokra Ward’ or ‘Bacha Ward’ is what they call the confinement place of juvenile, says Rehman, adding that it was not separated when his team visited it and they noticed that interaction of juvenile was possible with hardened criminals which was alarming.

“Two major sections of the JJSO have not been implemented in Balochistan—establishment of Borstal institutions and separate courts for children,” added Sattar, recommending that children in conflict with law can only be protected if the mentioned sections are implemented sooner than later!

Published in The Balochistan Point on March 17, 2017