Islamabad needs to review its policies towards Balochistan: Rubina Irfan

Rubina Irfan is one of the active women politicians in Balochistan.  She holds Master degree in Business Administration (MBA) from University of Balochistan. On PMLQ’s ticket she was elected as member Provincial Assembly of Balochistan on women reserved seat in 2002. She served as Minister for Law, Government of Balochistan. Rubina Irfan was elected as a member of senate during the senate elections of 2012. Her six years long term as senator ended in March 2018. She was associated with a number of committees of Senate, such as Marginalized Segments of Society, Defence Production, Petroleum and Natural Resources, Ports and Shipping and Problem of Less Developed Areas.  Currently she is elected President of Pakistan Muslim League -Qs Women Wing, as well chairperson of  People’s Primary Healthcare Initiative (PPHI) Board of directors (BoD) in Balochistan. Recently Balochistan Point conducted an exclusive interview of Rubina Irfan for its readers.

Yousaf Ajab Baloch : China Pakistan Economic Corridor (CPEC) is being termed as a game changer in the region; mainly,  in Balochistan, so do you think it will really change the fate of underprivileged Balochistan?

Rubina Irfan: We read and listen tall claims about CPEC; no one knows the reality regarding it as well as this project creates a number of doubts if we see the ground realities.  Gwadar which is beginning point of CPEC but still government has failed to overcome unending water crisis in Gwadar. Our expectation regarding job opportunities go in vain as we hear about thousands of Chines’ prisoners to be brought for labor work. We have bitter experience of Sandak and Rekodics’ cooper and gold projects which have been of no use for the People of Balochistan, lest CPEC should give the same result. Therefore, we do not have much expectation from CPEC.

How can the sense of deprivation and unrest be finished in Balochistan? 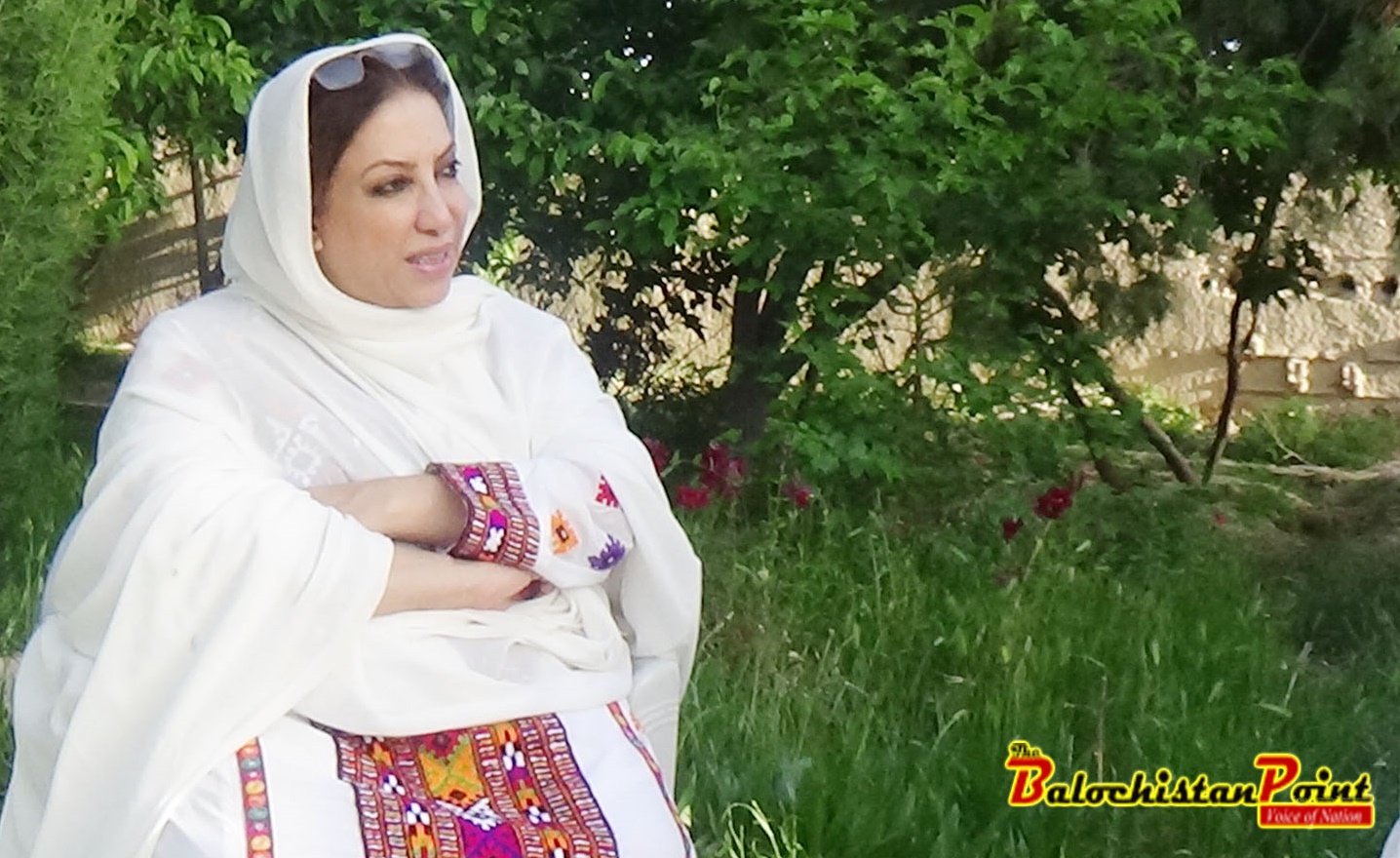 Currently you are representing PML-Q and leading women wing as country chairperson but no active existence of your party is present in Balochistan so will you continue your affiliation with  PML-Q in future or join another party?

Certainly, there is no as such participation of our party in Balochistan’s politics and we can consider it equal to none.  I am just waiting for party decision as soon as the current tenure of government ends the party will decide. I have received an invitation from a newly established party in Balochistan but I am not one of those politicians who change their parties like dresses.

Kalat, which is one of the historic city and district in Balochistan, but mirrors a very pathetic state in every field of life, the current representatives’ claim of developed Kalat but your stance is quite against it.

No doubt, I oppose the claims of current representatives since It is not called progress when there are no doctors, medicine and even no light in case of power shortage at a hospital.

I am surprised at the role and tall claims of development in Kalat’s health and education sector by the MNA and MPA of the area. Placing some photos on road sides and providing construction contracts one’s own people and fiends is not the service of public or development but misuse of wealth when the allocated funds are not being utilized for public interest.

This is well known that by dint of your support and funding a well-structured press club was built even it was inaugurated but why it has failed to be functional?

Well, Ahmedzai family donated land for Kalat press club and I funded for its construction to bring all the local journalists on a single platform. Unfortunately, due to some differences among journalist groups the well-built Press Club with required facilities is still dysfunctional and people, political parties and social organizations are deprived of services of a press club. Thrice I called local journalist and asked them to confiscate their differences, they agreed but it remained ineffective. Actually they do not think that Press Club belongs to public and it should be functional for the sake of public interest.

The active journalists and opened  Press Club not only help  public to access media persons  but also there will be great opportunity for local media men to promote their profession and enhance their skills. Once again I will coordinate with DC Kalat and journalists to get unlocked the Press Club.

Being Chairperson of PPHI’s Board of directors in Balochistan, what are your vows for serving people?

Being chairperson of PPHI’s Board of directors I am determined to ensure presence of healthcare facilities to people in wide-ranging areas of Balochistan where there PPHI works because most of the areas in Balochistan dearth health facilities and people suffer. However, it seems difficult to prove my commitment with great enthusiasm since I see no impact of BoD decision on PPHI function or management as well as there is lack of coordination.

I think coordination between PPHI management and BoD can be result oriented when it comes to our commitment or determination and BoD should be fully authorized for making any decision and implementing it. 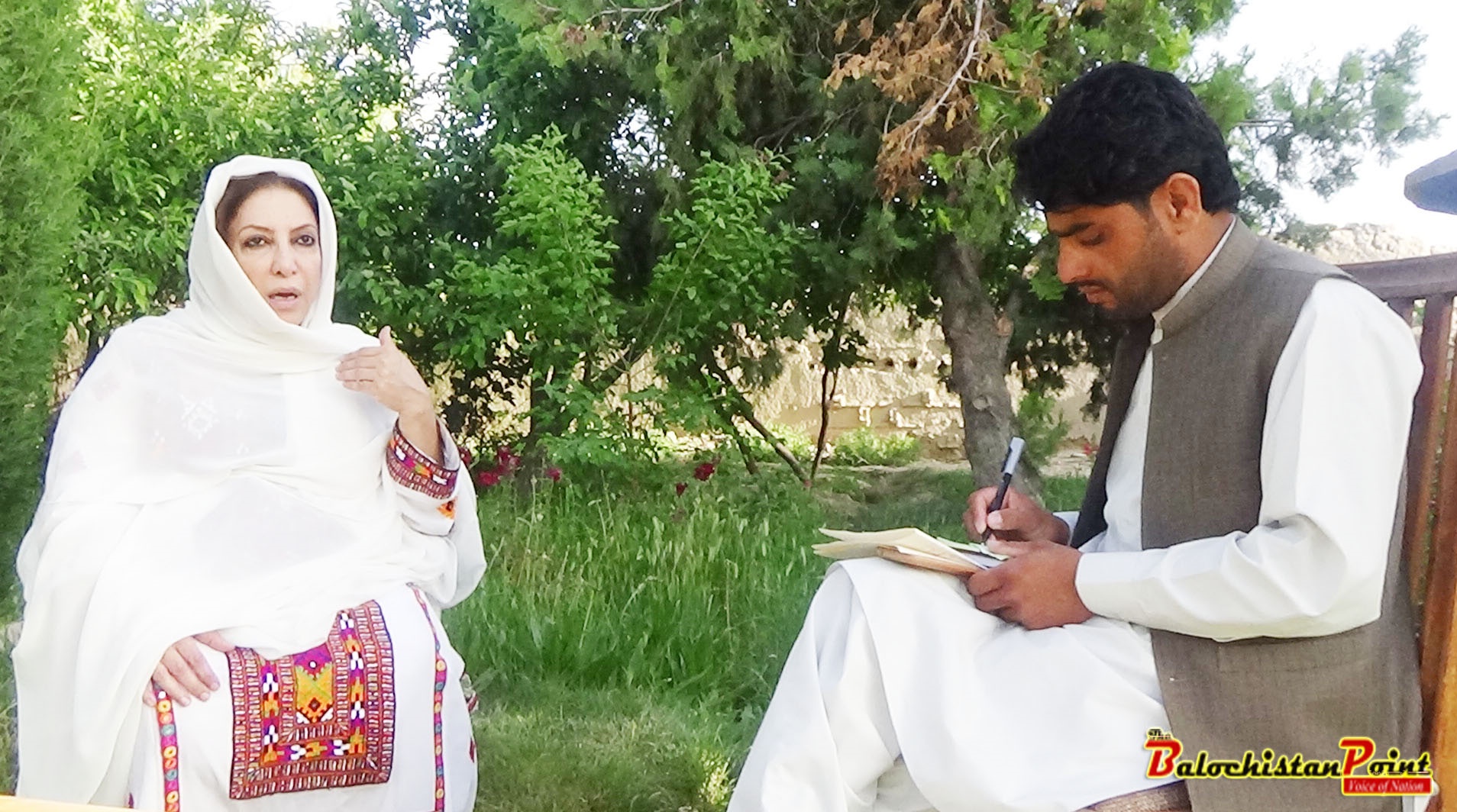 How do you see women empowerment in politics in Balochistan as they are members of parliament?

So far, in Balochistan it is proved that women are seen in parliament as a legislators but on the reserved seats. The women come in assemblies on reserved seats but their political say is equal to none and there is no impact of them on decision making. It is felt that women in political parties do not have decision making power in Balochistan. Women politics in Balochistan is not empowered enough to bring any change or pass any bill. Since 2003 till today no such any legislation emerged in favour of women presented by women parliamentarians. The provincial assemblies need to empower women and hear them in assembly.

As now the speaker in provincial assembly is also a female but the last five years have proved her powerless.

So called women participation in political process and having no mandate, what causes this flaw?

Definitely it is result of no political education and equation in political parties. Since when the political workers do not know about their own rights so how will they be able to defend public rights. In some of the cases women are imposed in political process or parties just to level the gender balance but that is also based on favoritism and nepotism. Again the genuine women activists are deprived of this opportunity then such acts weaken parties and political activists. 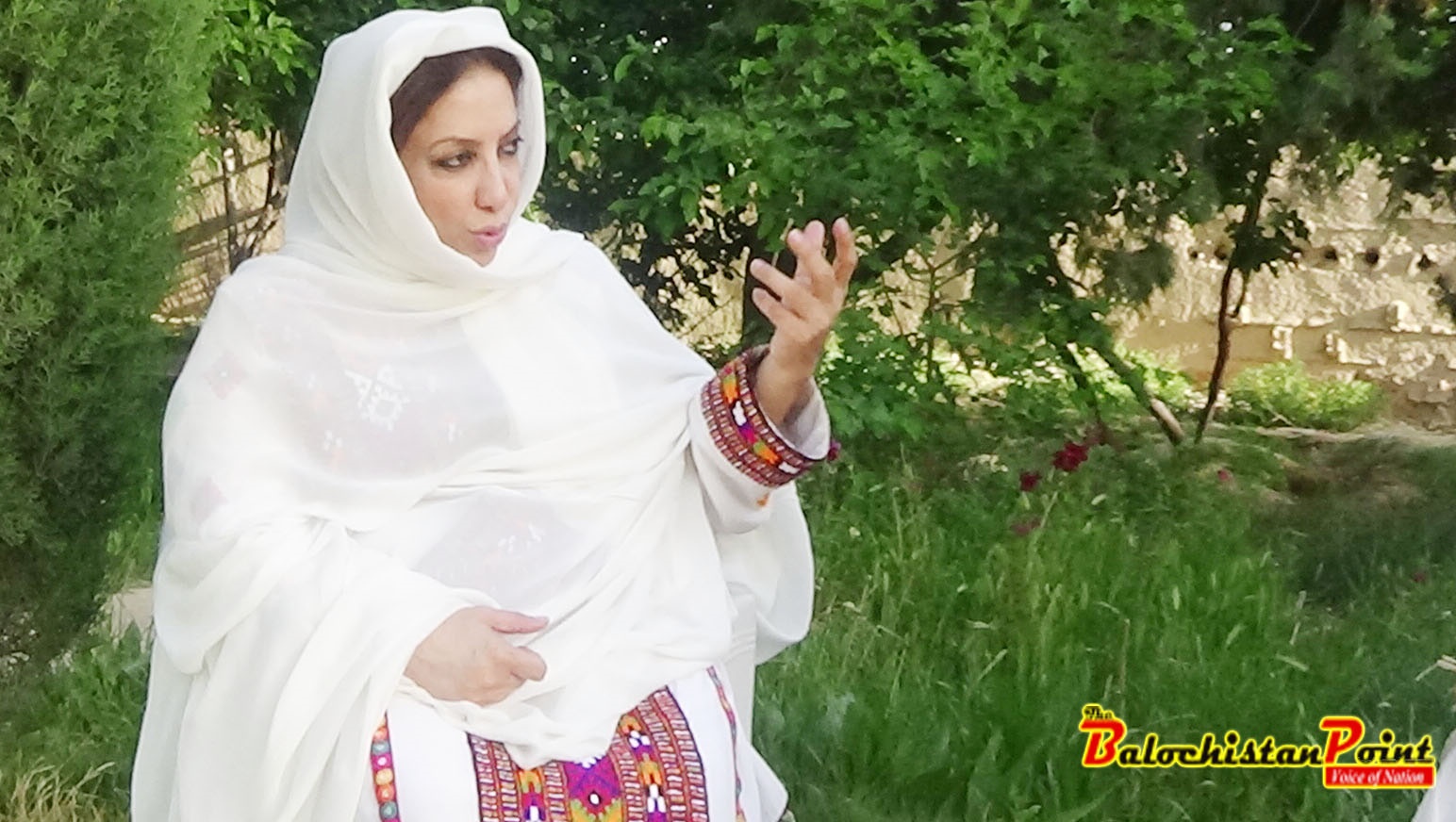 It means your role has been same as other women’s in parliament?

The experience which I have is rather different than the other women parliamentarians. Because our party was led by late Jam Muhammad Yousaf who never interrupted in party affairs and always valued women politicians and their decisions. We were given authority to utilize our allocated funds without any dictation from party leadership. I was one of the authoritative MPAs in Balochistan in the discussed tenure but now MPAs are not   authorized enough as compared to past.

How do you see the future of women politics in Balochistan in future?

Actually our society is male dominated society but there is great need of empowered women politics in Balochistan. Apart from having the opportunity of reserved seats in Parliament now women should contest election.  The political parties whether they are nationalist parties or country based political organizations they should support and encourage women for contesting election in national, provincial and local bodies. This will be an inordinate support for promoting women politics.

Published in The Balochistan Point on May 19, 2018