Jaffarabad: Protest Against Nepotism In Recruitment

Jaffarabad – People of Jaffarabad protested against nepotism in recruitment of different positions in education department, on Thursday.

Protestors were carrying placards that carried slogans against the practice of nepotism in the district. Protestors blamed government parties for selecting their man in violation of merit. 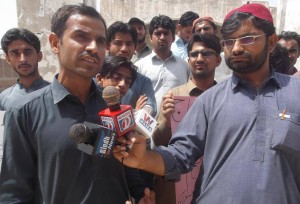 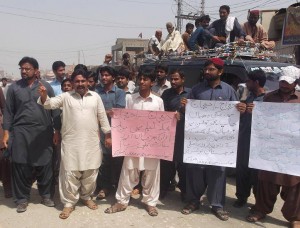 “Government officials had recruited their favorite candidates prior to the recruitment process and Test and interviews were just a farce,” a protestor told The Balochistan Point.

In interview for a junior clerk, interview panel asked questions about English literature, the details of that interview were published in The Balochistan Point.

“Current government talks about educational emergency and the nepotism in recruitment process of education jobs is a big negation of that claim,” another protestor told The Balochistan Point. 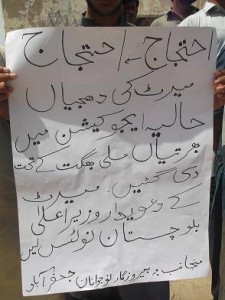 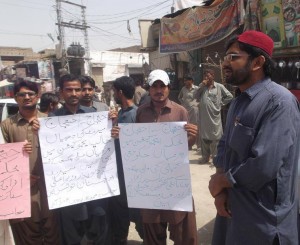 Protestors demanded Chief Minister (CM) of Balochistan to take notice of the nepotism in Jaffarabad.

“We know that government of Balochistan doesn’t care about any or our protests but we are still using our democratic right,” lamented a protestor.

Published in The Balochistan Point on April 17, 2015