Lok Mela 2017: A Symbol of Patronage to Rich Cultural Diversity and Active Participation of The People

The festival began on 7th  April and continued at Shakarparian till 16 April aimed to bring cultures and civilizations of all regions of the country under one roof. Cultural pavilions of all four provinces along with Gilgit-Baltistan and Azad Jammu Kashmir were established in the colorful festival, where Folk artists across the country joined the cultural fare to enthrall the visitors during the 10-day Lok Mela. 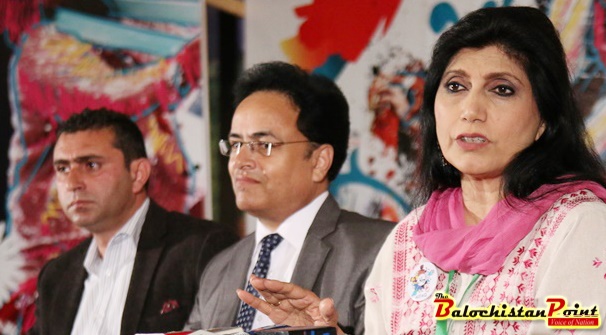 Dr. Fouzia Saeed said that the festival would bring cultures and civilizations of all regions of the country under one roof, adding that Lok Mela aims at promoting, perpetuating and preserving arts, crafts, culture, folk music and traditional skills of Pakistan. “This unique event has now become a symbol of the federation and patronage to rich cultural diversity and active participation of the people.” She added.

Renowned artists Tina Sani and Zarsanga in their separate also lauded Lok Virsa for arranging such a colourful festival. They said that the event would entertain the visitors from across the country. 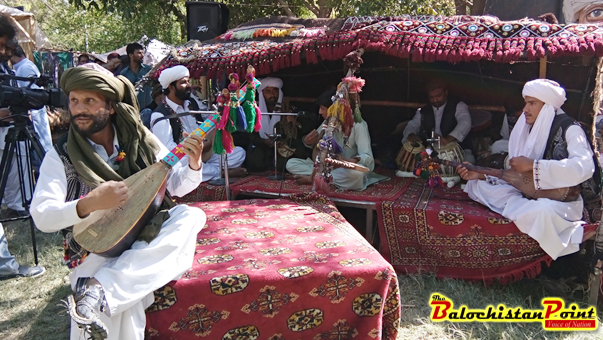 The unique event of Lok Mela was started in the year 1982, and now it has become a symbol of the federation’s recognition and patronage to the rich cultural diversity and active participation of the people of Pakistan. According to the Lok Mela organizers the main thrust of the 10-day festival is the focus on provincial harmony and national integration, with central focus on rural Pakistan, the direct beneficiaries of the festival is master artisans, musicians and other performers from the rural areas and remote regions of Pakistan.

On Sunday, 9th April, a special ceremony was organized by Lok Virsa to celebrate the Constitution of Pakistan, which was passed by the National Assembly on 10th April, 1973 and received Presidential assent on 12th April. Chairman Senate Mian Raza Rabbani was the chief guest on the occasion. Executive Director Lok Virsa Dr. Fouzia Saeed, Parliamentarians, diplomats, citizens, artists and a large number of people from different walks of life attended the ceremony.

Chairman Senate Mian Raza Rabbani in his speech highlighted the importance of Constitution Day on the occasion. He lauded Executive Director Lok Virsa for organizing cultural event in order to celebrate the Constitution Day on the occasion of Lok Mela. He lauded the performances of the folk artists from all four provinces who presented melodious songs in the cultural night. 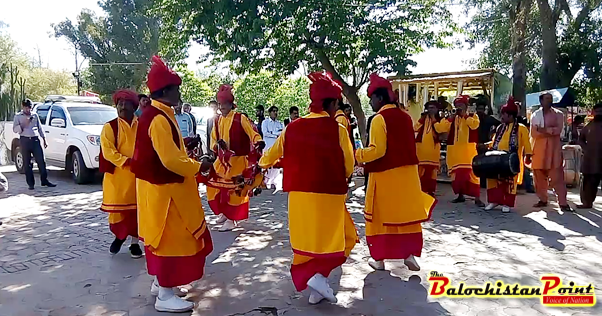 Group of dancers from Punjab while performing cultural dance.

The traditional food stalls of all four provinces including Gilgit Baltistan and Azad Jammu Kashmir also attracting a large number of visitors and people. 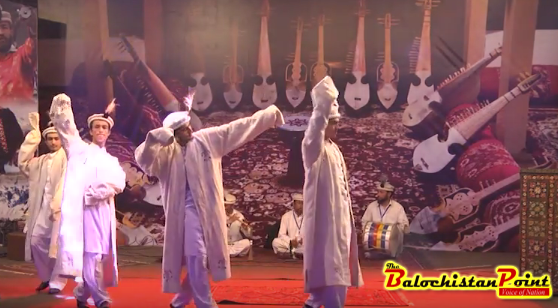 A view of musical night of Gilgit Baltistan was held at Open Air Theater.

Executive Director Lok Virsa Dr. Fouzia Saeed said that Lok Virsa specially invited the next generation of our legends who are singing to perform and entertain the participants of the ten-day Lok Mela. She is said that Lok Virsa is making efforts to preserve and protect its cultural heritage in the country. 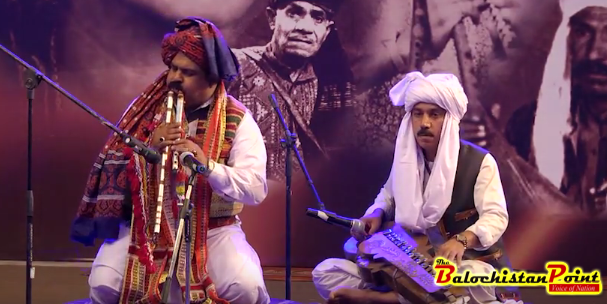 The next generation of legends specially invited at event to pay tribute to the legendary folk singers of the country.

On 13th of April in evening Kashmir cultural show was organized at Open Air Theatre to entertain the visitors of Lok Mela. Minister Sports, Youth and Culture Azad Jammu Kashmir Chaudhry Muhammad Saeed were the chief guest on the occasion.

Earlier, Executive Director Lok Virsa Dr. Fouzia Saeed in her welcome remarks said that Kashmiri music reflects the rich musical heritage and cultural legacy of Kashmir. She said that Lok Virsa is making efforts to promote the folk music of all the regions of Pakistan including Azad Jammu and Kashmir. 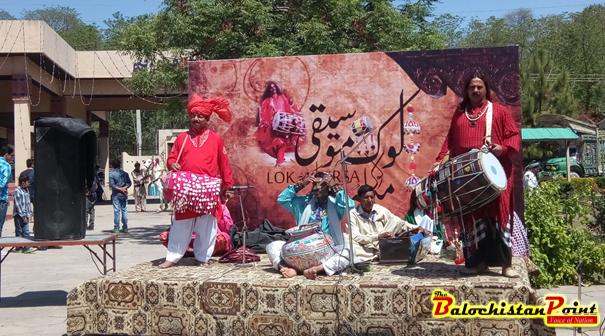 A folk singer from Punjab is performing at Lok Virsa.

The Punjab Sufi night was also a great event to entertain the visitors of Lok Virsa. Punjab Sufi night was organized on 14th of April evening at Open Air Theatre. Additional secretary culture Punjab Samoon Rao was the chief guest on the occasion. The event was attended by Executive Director Lok Virsa Dr. Fouzia Saeed, senior officials of Punjab government and a large number of people from different walks of life.

The National Institute of Folk and Traditional Heritage (Lok Virsa) on 15th of April organized a Balochistan traditional music show during its ongoing folk festival ‘Lok Mela’. Executive Director Lok Virsa Dr. Fouzia Saeed, Balochistan government officials and a large number of visitors of Lok Mela attended the show. Representative of Balochistan government said that Lok Virsa deserved commendation for promoting Saroz in such a beautiful way and the personal efforts of Dr Fouzia Saeed in projecting the true culture of Balochistan are praise worthy.

Executive Director Lok Virsa Dr Fouzia Saeed in her welcoming remarks said “Lok Virsa is a national institution established for the promotion and preservation of Pakistan’s folk and traditional heritage. “We undertook an initiative to promote “Saroz” as a symbol of peace, love and progress and to make it an instrument of youth where they learn it as an expression of love for their heritage and creativity for their future. We believe that this symbol will reflect the real people of Balochistan and bring the youth closer to their cultural identity.” She added. 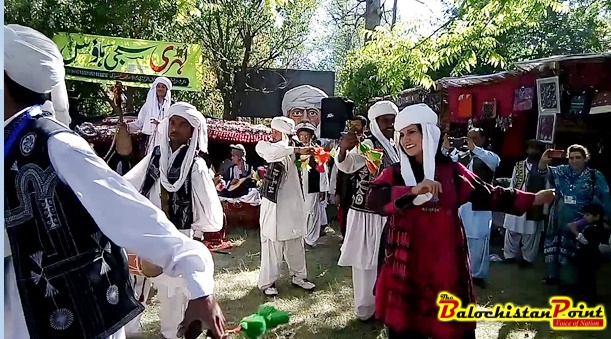 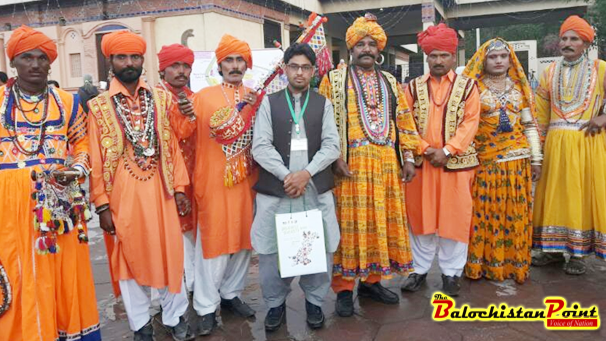 Writer with group of artists from Sindh at Lok Virsa.

Barrister Abid Waheed Sheikh, Managing Director, Pakistan Bait ul Mal was the chief guest on the Awards distribution ceremony of the Folk Festival of Pakistan. Awards sponsored by Pakistan Bait ul Mal in terms of financial assistance were distributed among the winning master artisans, folk artists, folk dancers and performers on the recommendations of a national jury constituted by Lok Virsa for the purpose.

In his address, chief guest Barrister Abid Waheed Sheikh highly appreciated the role of Lok Virsa and its current management in projecting the Pakistan’s rich cultural heritage in such a beautiful manner. He said “Lok Virsa promotes traditional practitioners who are real bearers of our magnificent cultural heritage”. He assured full cooperation from his organization in all projects and programs of Lok Virsa in future as well.

The success of the Lok Mela was observed from the rich diversity of the crowd it attracted when a large number of people from different walks of life including professional and general masses, art and craft experts, cultural personalities, diplomats, political figures, media persons and students visited and entertained by the attractive performances of the artists. They praised Lok Virsa for arranging shuttle service to the Lok Mela.