According to the protestors, Rs. 150 million were provided by the government of Balochistan in June 2015 for district Gwadar. Major portion of the budget has been wasted due to corruption, alleged the protestors.

An investigation committee created to investigate corruption of Rs. 150 million was dissolved before it could present its findings – Protestors.

Protestors said that a so-called investigation committee was created and assigned to investigate the case of corruption but it was dissolved before it could present its findings. 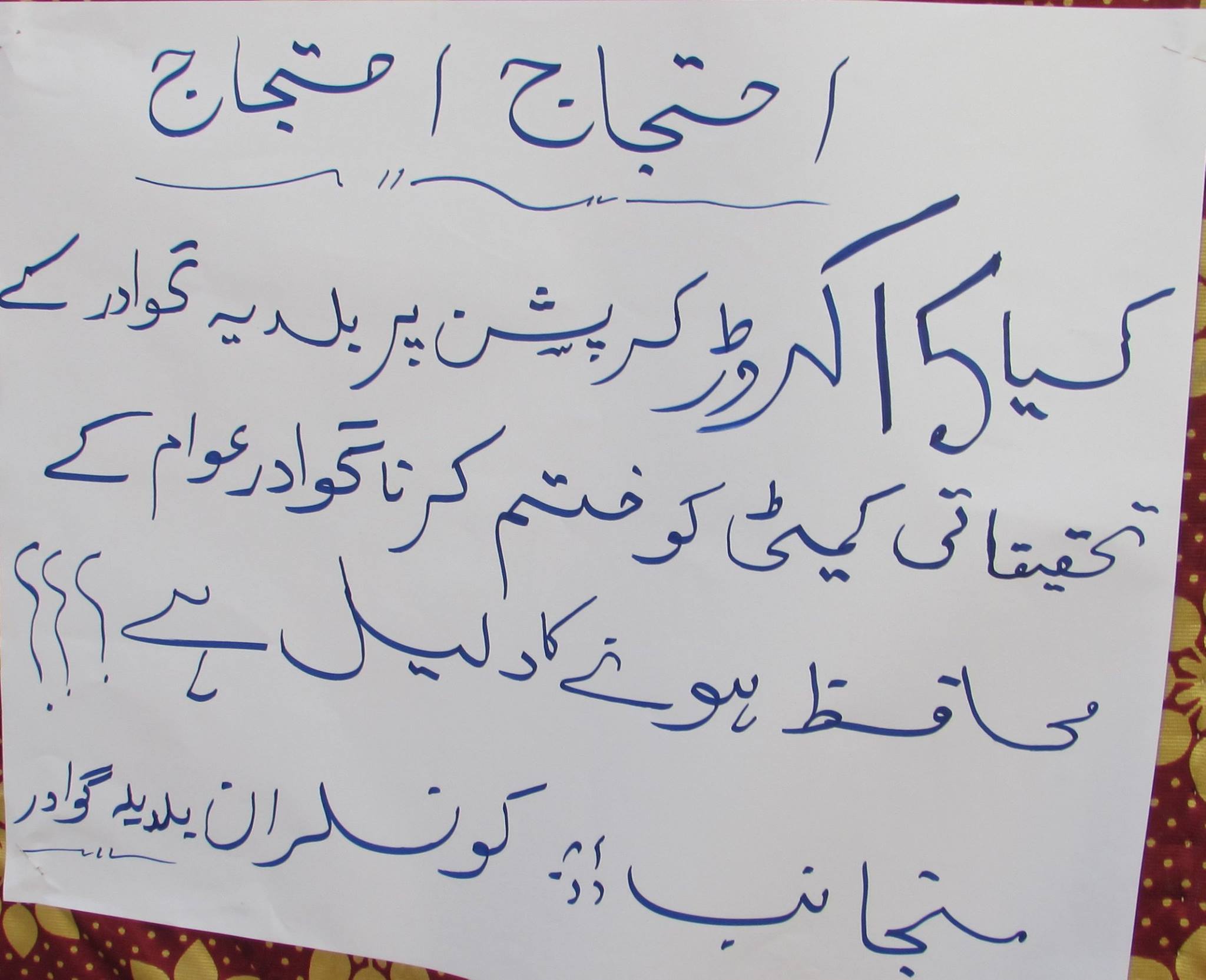 A placard held by protestors

“Funds that could have been invested for the infrastructure development, health care or educational projects in the district were embezzled by district chairman,” alleged the protestors.

Funds that could have been invested for infrastructure development, health care or educational projects were embezzled – Protestors.

“Chairman Municipal Committee Gwadar rejected the proposals of majority of councils on how the newly received funds should be spent,” Khuda Dad Waju the leader of opposition party told Balochistan Point.

“We wanted the funds to be spent on either installation of Gas pipelines or repair of water pipes destroyed by Gwadar Development Authority (GDA) but District Chairman seems to have other agendas,” added Mr. Waju.

Protestors warned to file a case in the court of law against corruption in municipal committee Gwadar if their demands are not met.