If we ask this question form a sad person or from somehow who is in search of tranquility, then his standard reply would be, “Music is food for the soul.”

With the passage of time tradition of Music experienced good and bad times but there never has been a reduction in the number of Music lovers. At times musicians were awarded with prizes and other times they paid the price for being a musician. 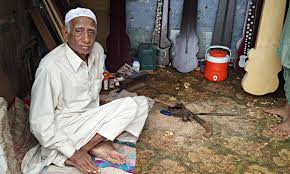 Famous Baloch musician, Fateh Nazar, says that Balochi Music has been transferred from heart to heart over the years. Nazar further claims that Balochi music can be traced back to famous musician of 13th century, Ameer Khusrow who belonged from Sestan. Part of modern day Iran, Sestan, used to be a part of Balochistan.

Fatah Nazar, who now resides in Gul Mohammad Lane Lyari, complains that we the musicians tranquilize the souls and create means of enjoyment for people but we spend our lives in abject poverty.

Musicians tranquilize the souls of people but they spend their lives in abject poverty.

Ismaheel Noori, is a musician who is expert in playing “Suroz”, a musical instrument used in Balochi music. He says that people appreciate our art and respect us but appreciation and respect can’t put food on our tables. Mr. Noori wants government to establish an art academy where He can transfer his art to younger generation and in this way he can also earn his livelihood.

Akhtar Chanal is one of the most popular musicians in Balochistan. He has his own style of singing which is worth praising. Akhtar Chanal belongs from Zehri tribe of Balochistan. Akhtar Chanal says that, “We tend our herd in rugged mountains and most of us sing the folk songs of our area.” He adds, “This is a very ancient tradition and it’s believed that grandsons of Adam played flute while tending their herd.” Akhtar Chanal is also an expert in singing along with the tunes of flute. 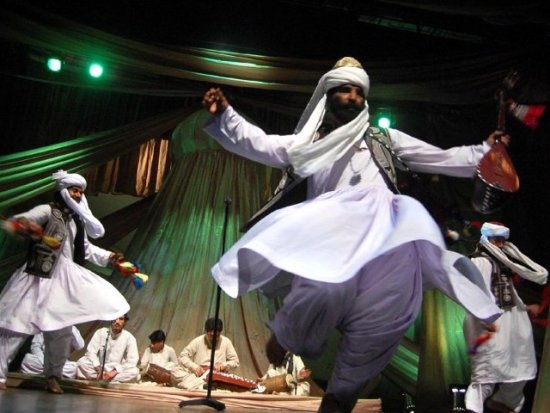 Akhtar Chanal performing in a show

Talking about his Musical career, Mr. Chanal said that He started his career in 1973 form Radio Pakistan Quetta. However, He got fame and recognition after singing the famous Brahvi song “Dana pa Dana” in 1990.

Mr. Chanal claims that once he became popular, he climbed the ladder of success without help of anyone. He proudly says that he had done several successful musical shows in different countries of the world.

Akhtar Chanal complained that people having a specific mindset often met out unjust treatment to musicians of Balochistan like me. He claims that if Pakistan National Council of Arts (PNCA) pays Rs 500,000 to Saeen Zahoor but for the same program Akhtar Chanal is paid just Rs 100,000 and tax is also deducted from it.

“We are shepherds but our art is not inferior in any way and we need to get our due rights,” demanded Akhtar Chanal.

Noor Muhammad Nooral, who belongs from Noshki district of Balochistan, is a big name in the word of Balochi Music. He says that he had passion for singing since his childhood. Elder brother of Nooral hired a music tutor for him at the age of 12 so that He can fulfill his passion to be a musician. First musical instrument played by Nooral was Banjo but he learnt playing almost all instruments in short passage of time. He further says that he recorded his first music album with a Gramophone company in 1970. “I have recorded 220 music albums in studios and total numbers of my songs are uncountable.” 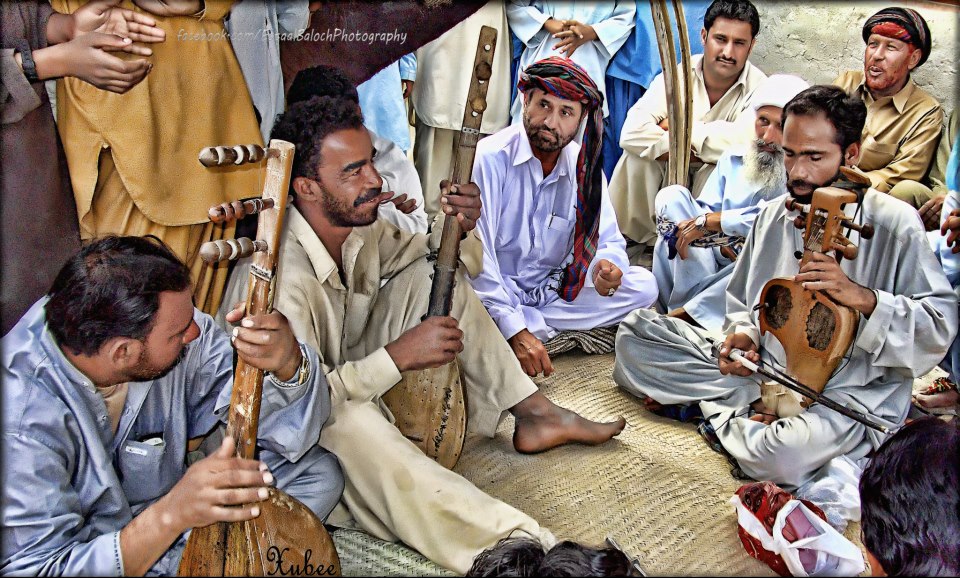 When asked whether government has supported you financially? Nooral replied, “I have never sought help from them because I think they don’t own us.”

Government has banned songs like “Nazena Balochana” and “Ma Chook he Balochane.” Now some should tell them if a Baloch doesn’t call himself son of a Baloch then what he will call himself?

In this age, Internet is the biggest enemy of Musicians.

Noor Muhammad Nooral calls internet, the biggest enemy of the musicians in this age. For last 8 to 10 years, people prefer to download songs from the Internet rather than buying Cassettes and CDs. Therefore, Nooral says that no investor or dealer is any more interested in sponsoring albums of musicians anymore. That’s one of the main reasons, according to Nooral, that musicians are suffering economic hardships.

Describing the nature of Baloch Musicians and artists, Nooral said that we are simple people and we like to mingle with local people. However, only praise and appreciation of can’t pay the bills for us.

In the end, Nooral said that, “I am happy that current government has approved the establishment of Kech cultural complex in Turbat.” He believes that if this complex is fully established and successive governments patronize it then it will be a treat for Balochi music and art and for those who love Balochi art and music. Nooral regrets, “In Balochi music, only words are remaining and Balochi music is diminishing.

Author is the Editor of Balochistan Inside Magazine.