Press Freedom Day Must Recognize the Plight of Journalists in Balochistan 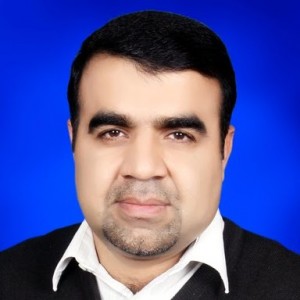 May 3 is universally celebrated as press freedom day to raise the voice for freedom of expression and create awareness about the importance of press freedom.

The United Nations General Assembly declared this day to remind governments about their obligation to respect the right of free expression.

However, when we observe Pakistan’s treatment of press freedom we find a bloody scenario, mainly, in Balochistan regarded as a battlefield for journalists.

Currently, Pakistan is being named a front-runner for violence against journalists, where journalists are facing life threats, attacks and extra-judicial murders in extreme cases.

Almost 70 journalists have been killed in the last six years in Pakistan.

Unfortunately, nearly 34 journalists killed were from Balochistan, the most agitated province of Pakistan, where Baloch nationalists are struggling politically and by means of armed struggle for their rights and ownership of natural resources. Right now, the profession of journalism has become a troubling field.

Young journalist Yousaf Ajab Baloch, editor-in-chief of the Balochistan Point, an English language online newspaper in Pakistan, has documented the murder of 33 journalist in his book: A Battle Field for Balochistan.

Regarding press freedom Yousaf in his book writes,

On the international silence over crimes in Balochistan, Yousaf says,

“There are no reports about the cold blood murders of Baloch journalists and the silence of mainstream media organizations translates into endorsement of these undemocratic actions. It is surprising as why the international media or the champions of the balanced media in Pakistan have adopted a tacit role on the target killings of Baloch journalists so here the role of international media and journalist organizations becomes objectionable.”

Irfan Saeed, the president of Balochistan Union of journalists said, “Now the situation is deterioration day by day, before  there would be incidents of assaults on journalists on monthly or  quarterly bases, however, now the occurrences  take place  weekly. We are compelled to continue the series of protests for safety of our fellows.”

Balochistan’s Chief Minister Abdul Malik Baloch vowed on January 19, 2014, to establish a judicial commission to probe the murder of different journalists across the province.

He also promised to provide financial assistance to the families of slain reporters. However, Kazim Mengal , the Reporter to BBC in capital city of Quetta  said that many government committees and judicial commissions had been formed to ensure protection of  reporters and journalists but no tangible measures were  taken.

“The responsible authorities have not been able to make situation in favor of professionals to let them perform their duty smoothly,” said Mengal

“In Balochistan the Baloch journalists are in trouble compared to the other ethnic groups. In the last six years a large number of  Baloch journalists have been killed. Not only has the government failed to ensure their safety, but has also failed to provide financial compensation to family victim journalists.”

The Committee to Protect Journalists has described Balochistan as the “epicenter of attacks on Pakistani press,” the far-flung areas of the province remain the lethal regions to report from. The current situation in Balochistan mirrors no existence of press freedom.

The lives of journalists are at risk if they apply journalistic ethics and do balanced reporting of the situation. However, the silence of the international media and media organizations in Pakistan over disappearances of Baloch journalists and their murder becomes objectionable. (Courtesy: http://www.sharnoffsglobalviews.com/)

Mir Behram Baloch is a journalist covering government and social issues in Balochistan.

Republished in The Balochistan Point on May 1, 2014

2014-05-01
admin
Previous: Mastung: Six policemen killed in a shootout during a bank robbery
Next: EU promises 30m Euros to Balochistan for education sector