QUETTA: Provincial Home minister Sarfaraz Bugti has termed early child marriage an alarming social issue in Balochistan. He assured that he would make efforts to table bill in upcoming assembly session for enactment of Balochistan Child Marriage Prohibition laws. He made these comments while speaking to the participants of Provincial level Advocacy Consultation with Policy Makers from Social Welfare Department, Ministry of Human rights, CSOs and other stake holders for approval of child marriage prohibition  Law here on Tuesday.

Health and Rural Development (HARD) with the assistance of Mundo Cooperante in collaboration with Child Rights Movement and Balochistan Women Network arranged the workshop in Boys Scout Hostel Quetta. HARD has launched the advocacy and lobbying campaign in Balochistan for enactment of Child Marriage Prohibition laws in Balochistan.

Mr. Sarfaraz Bugti said that early child marriage in Balochistan has become a great challenge for human rights defenders and they should continuously raise voice against it. 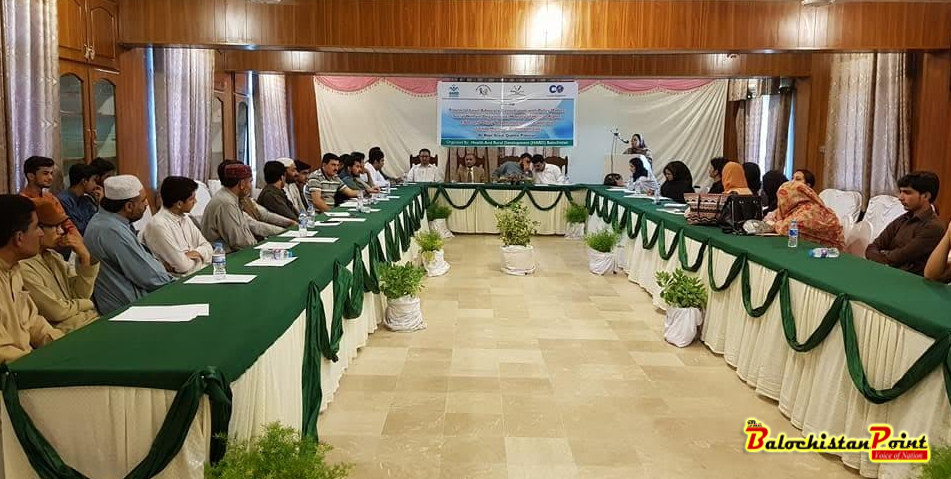 Director ministry of Human Rights, Jehan Arah Tabsum said that department of Human Rights was active for protection and promotion of human rights. “In collaboration with social organizations we are working to ensure human rights, particularly, children and women rights.” She added

Executive director HARD Munir Ahmed shared that 50% child marriage is occurring in Balochistan where 60% girls and 40% boys are forced to marry.

Published in The Balochistan Point on May 18, 2018