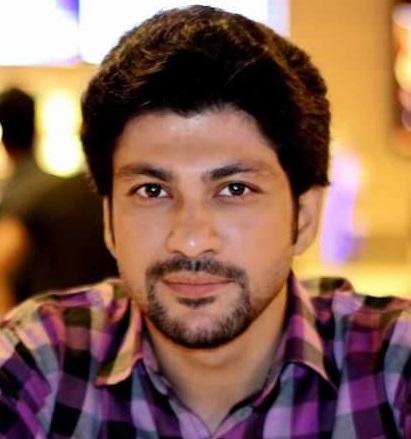 In not a very distant past, the culture of ‘Scholarships’ along ‘Stipends’ grew strikingly popular, thanks to H.E.C! It also seems to be the only scheme, so far, by government which received considerable appreciation among the students, while parents, too, are no exception in this regard and seem alacritous to embark all their hopes and dreams in the new scheme.

Speciously, these scholarships along stipends leave an impression of impending prosperity in one’s mind, awaited since long by the children of ‘Lesser God’. Certainly, it was one among the dreams of Poor that seems to have virtually met its materialization now. But, is it really a blessing for the poor, who have long been in penury? Of course it is, but at the cost of familial disintegration! Yes, I may sound skeptical to many, but that is the case which I have felt so far. The scholarships are setting new horizons of social ‘Freedom’ and ‘Independence’ among children. It is restructuring and redefining the Cohesion and Responsibilities of society, respectively.

Nevertheless, I have heard students in my campus of Scholarships and Stipends; to them these are something ‘Messianic’ descended for them by providence, which soon, once availed, will help them unshackle their selves of the economic fetters, put by family. I see them being infused with such an apathic-sense of independence, the ‘independence’ re-defined by Scholarships and Stipends, the ‘independence’ that bears very negative connotation in our society, the ‘independence’ known as individualism in west. It be borne in mind that the recipients of these scholarships are mostly poor who are more orthodox and traditional in their familial compositions, thus as yet indifferent to individualism. Above all, most common and evident to their Traditionality, are emotions, obligations, affection and of the like. Emile Durkheim, a sociologist, has propounded that the Division of Labor plays an important role in the social cohesion of a society, as it eventuates interdependence among people which leads to mutual co-operation. One, here, should not mistake my trope of division of labor for a sheer capitalistic one which only talks of professionalism and individualism. However, in our case Emotionality not Rationality and Compassion not Capital play an important role in social cohesion. Undeniably, all the above features of our society are the products of Division of labor, thus our society has its own rationale. For instance children in our society feel socially bounded and obliged to their parents, since either of the spouses earns and supports them financially. Such dependency produces social capital; replete with emotions and empathies which are the hallmark of our society.

In a nutshell, my point here is as to what these scholarships and stipends, by state, have been doing is the appropriation of parents’ rights to responsibility. Consequentially, detaching children from parents, who once were economically brought into an indispensible mutuality within family, now proudly and happily absolve themselves of the duties in the name of ‘Independence’. The once very economic interaction by virtue of Division of labor within the family which used to underpin the familial cohesion is now being subverted by Scholarships along Stipends. These seem to be trying to supplant the old labors (parents) with new labors (state), and thus kill the older system, constellated with emotion, compassion and affection.

Secondly, I put, will a country like Pakistan which institutionally has yielded to corruption be able to produce human capital? Of course not! In our instance the family happens to be the only institution where the salvage of Pakistan can be sought. Besides, can our country, ablaze with ethnic segregation, sectarian hatred and grown intolerance, afford anymore disintegration? The answer is certainly not! Our once credulous institution for teaching ethics, composure, collectivism, tolerance and morality, is now allegedly said to be producing ‘Terrorists’. Our schools have fallen to inefficiency, be it educationally or scrupulously. How then can a country, grappling with all such social bugs, be envisaged to afford the familial disintegration which is the only left resort for producing moral and ethical beings and inculcating collectivism and civic sense.

State, however, through the shift in Division of labor is trying to win itself the lost loyalty and confidence of disgruntled unemployed citizens at the cost of family disintegration. This, temporally, will subdue the aggressive frustration of unemployed youth, but soon state will realize even greater sense of grievances among youth, as it does not seem potent enough to accommodate this very ‘scholarships-race’ in any near future.

Above all, the questions I put, do our parents realize the imminent evil of scholarships? Will the held apprehensions of mine impregnate them someday?  And who will look after the old-grown parents? However, I am not denying the ‘Modern-sanctity’ of Scholarships and Stipends, but along them, Nursing-Homes ‘ought to’ go parallel, so as to serve the old-grown parents. Since children are stripped off their sense of responsibility and parents relinquished of their duty, thus the state has to come into philanthropy business, like welfare states do. But, inauspiciously, we are living in a society where one would have to face ridicule, if sent parents to Nursing-Homes; after all we strongly believe in culture of shame.

Accordingly, if all this is destined to happen- I wish it does not- then not are the days away when we shall also witness the thrust of social-anomie -social-breakdown- that was what the Europe witnessed after an intense ‘individualism’, in the wake of ‘Modernity’. The Neo-Durkhiemian theorists even impute most of the social crimes to ‘anomie’, for people devoid of primary agent of socialization, Family. Some social scientists even impute ‘Terrorism’ to anomie which apparently ensued in the wake of Afghan-war. Although anomie is said to haunt a society only in the transition phase from one social setting to another, but yet is a nightmare for parents of my generation, whose fate I might be foretelling! Moreover state, too, cannot afford it. Thus better provide free university level education, instead.

The writer is a s student at department of Anthropology, Quaid e Azam University, Islamabad.

Published in The Balochistan Point on May 15, 2017