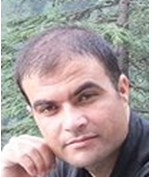 The ideological surge of sectarianism in distinctive parts of Pakistan has also made inroads into secular land of Balochistan. With the passing of every day the sectarian mentality in Balochistan is getting strength and it’s an alarming sign for the secular nature of Balochistan society.

Quetta is the capital of Balochistan; population of Quetta city is composed of multi-ethnic groups mostly populated by Pashtoon and Baloch tribes. Apart from those minor ethnic groups such as Hazara and Punjabis, also live in Quetta. Economically the latter two ethnicities are considered to be more advantageous comparatively. In all institutions they are employed in higher numbers disproportionately with their population. The relationship between privileged groups and state is perceived to be unfavorable to others giving birth to unbalance in economic and political terms. Sectarian organizations exploit the sense of deprivation of people in Balochistan and use itto fan sentiments of hatred against their opposite sect.

Likewise, so-called afghan Jihad also made an impact on the sectarian harmony that was prevalent in Balochistan. At the end of Afghan Jihad, Mujahedeen from Afghanistan came with religious enthusiasm. In these volatile circumstances these people became vulnerable to external actors fighting on sectarian cause. Their economic, political, and social adjustment could not easily be accommodated when they returned. Beside these, Madrassah played prominent role in determining sectarianism that were most often funded by Gulf States. This issue is suitably associated with sociological condition of sectarian organizations later decided by external players resiliently.

Gradually anti-Shia literature started to expand embodying books, wall chalking, pamphlets, and orally. This strategy adopted on both sides created sense of disrespectful notions and both mutually wanted to downgrade each other. Balochistan was the biggest victim of sectarian violence in entire Pakistan.  Anti-Shia designs were common feature among many militant organizations and this notion helped them to be united.

This sense of insecurity led to assassinations, attacks on rallies, on sectarian basis and tragically these splits have impacted immediately on social order at Quetta city. In cultural language the same religious rituals remained unchanged before a decade but nothing so strange occurred. Both the identities could not be known easily whence Shias would perform their religious ceremonies. Sunnis did not deem Shias their enemy and vice versa. But as political-economy of the city changed along with cultural and political topography, sectarianism too increased in the same direction.

Ultimately, the cause of an issue cannot easily be found by only finding with one-dimensional prism. State for a time being is not paying any attention to comprehend social issues which are exploited by sectarian organizations. What exists in society in respect with social, political, and economic settings are basic aspects that need primary heed.

The Author is M.Phil scholar at Quaid-i-Azam University, Islamabad.

Published in The Balochistan Point on July 26th, 2014.

Disclaimer: Views expressed in this article belong to the author and The Balochistan Point not necessarily agrees with them.