Quetta – One day Seminar conducted in Bolan Medical College (BMC) reiterated the importance of education in current era, on Wednesday.

Seminar titled “Importance of Education in Current Era for the Nations” was held under the auspices of Baloch Students Action Committee (BSAC) Shaal Zone.

BSAC is an informal group of Baloch students studying all over Pakistan that works for welfare of students. 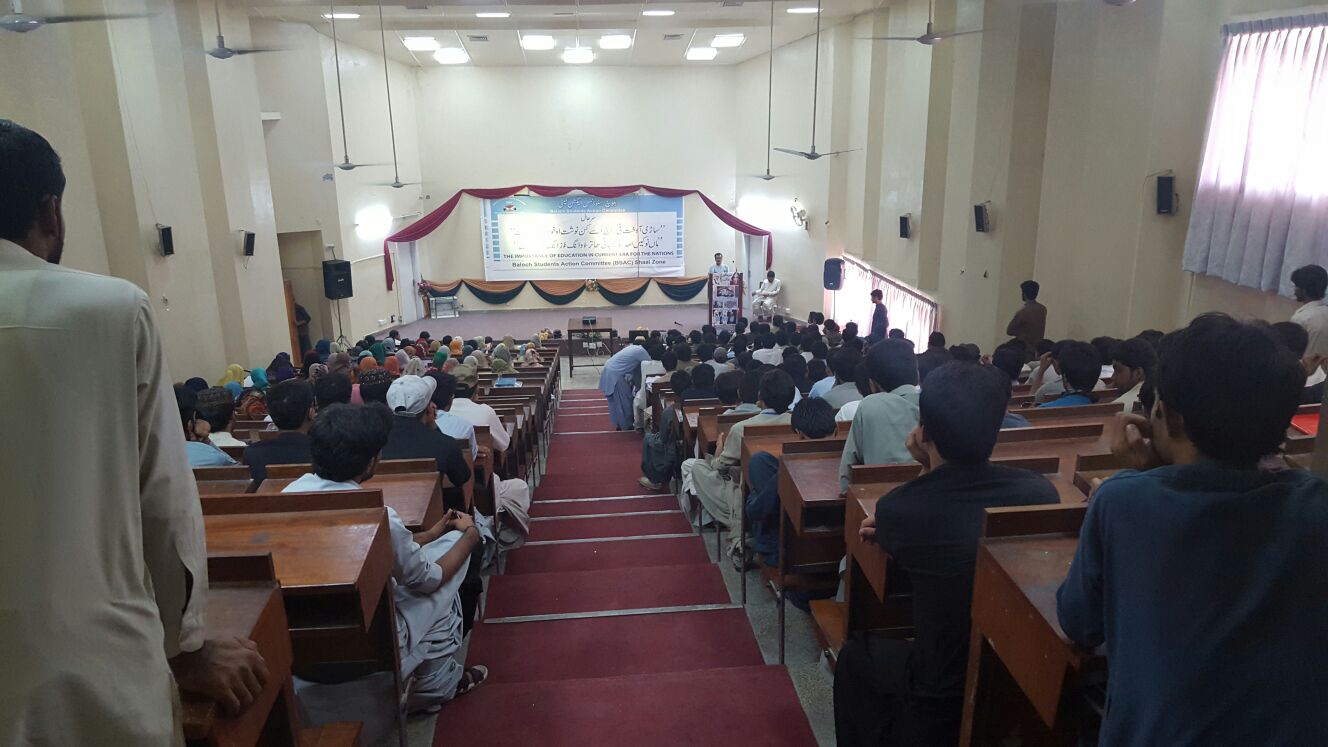 Participants of the Seminar

Seminar comprised of speeches from the notable speakers, screening of documentaries and performance of stage dramas and tableaus on the topic education.

“Our society doesn’t respect the teachers, owing to which we are far away from achieving the status of an educated society,” said Manzoor Baloch, Lecturer of Brahvi department in University of Balochistan (UOB).

A Society that doesn’t respect teachers can never be an educated society – Manzoor Baloch.

Dr. Shabbir Lehri, Principal of BMC, said “Educational institutes polish cream of the society which can serve the nation by bringing educational changes.”

“Extra-outstanding curriculum is must for an appropriately functioning education system which we lack unfortunately,” lamented Professor Sangat Rafiq Baloch of UOB. 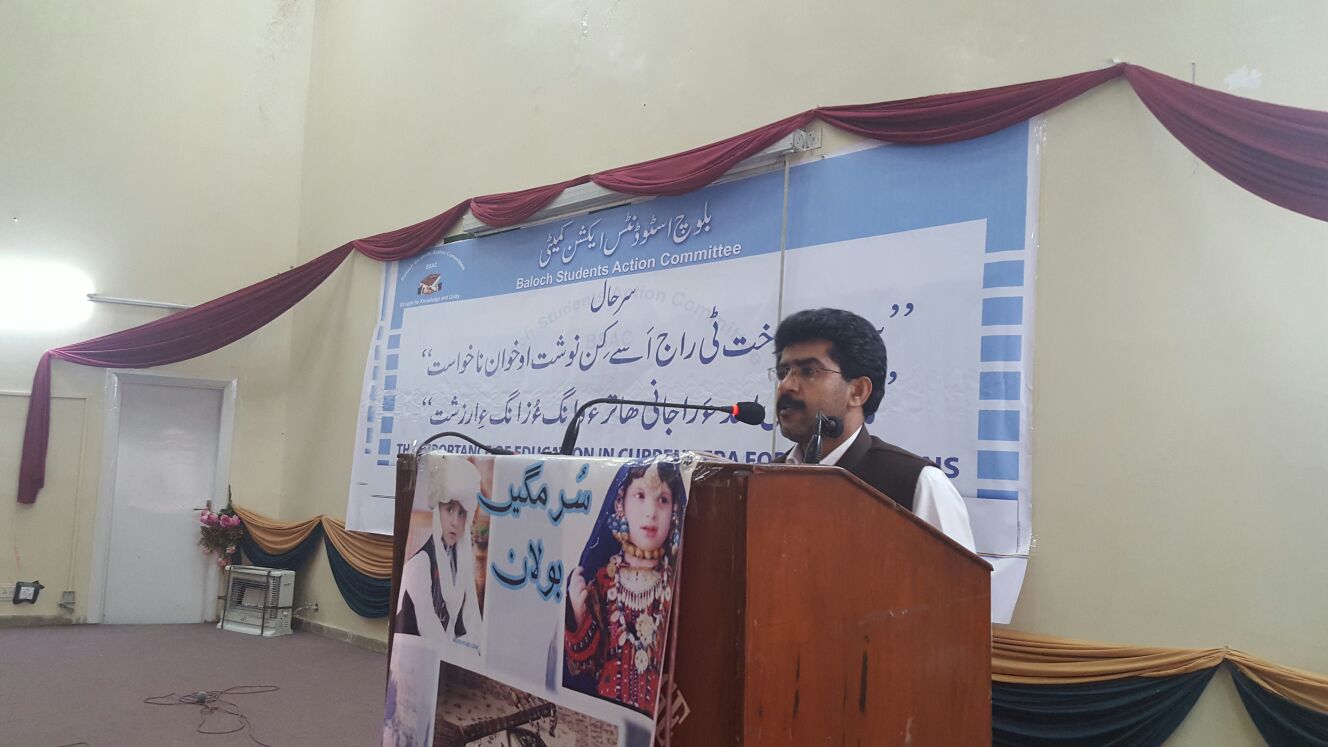 Dr. Ehsan Baloch, president BSAC-BMC Chapter thanked the speakers and the guests for attending the seminar and making it a success.

Extra-outstanding curriculum is must for an appropriately functioning education system – Sangat Rafiq Baloch.

Dr. Ehsan further added that BSAC often conducts seminars on education which are aimed at creating awareness among students and society and bringing a positive change in the society.