Sore grapes or a fait accompli..!!!

By  Hasrat Iqbal
As expected, Balochistan National Party bites the dust and is worried on the 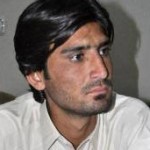 results of general elections. Sometimes they put the burden of their defeat on establishment while sometimes they declare the security agencies and state death squads the responsible for their failure in elections.  BNP also thinks that they are no more the favorites for establishment and that their priorities have changed. They are of the view that their success was deliberately and consciously changed into failure.

Actually BNP failed to perform in elections because of their confused policies and double standards which they off and on expressed before and during their election campaigns. Till the last moments their leadership was in dilemma whether to take part in the elections or continue to struggle for right to self determination as they say. This confusion was the major stumbling block before their success.

Nevertheless, BNP was the first party to resign from assemblies after the martyrdom of Akbar Khan Bugti which was a daring step yet what did they do after that is a big question.

After 2006 B.N.P botched to play their effective role. They talked about nationalism but never struggled for it with heart and soul. They spoke in favor of missing Baloch persons but never visited any camp or protest. They condemned the policy of kill and dump but did not have the moral courage to condole to the victim families. BNP was neither with the establishment nor with the Baloch. They wanted to please both at the same time and that is what now they are out the frying pan into the fire.

Federal government and the establishment exploited Akhter Mengal and his party to prove to the international community that the Baloch are the part of Pakistan and are taking an active part in the elections and democratic process. Whereas, Mr Mengal by presenting himself before the Supreme Court of Pakistan and advocating the case of missing Baloch persons deceived himself, his party and the Baloch Nation. It is commonly known and believed that it was a political stunt to fool the Baloch Nation and please establishment and federal government. This was also a step to pave the way for elections and a futile exercise to cool down the sentiments of angry Baloch masses.

No doubt, winning just three seats in elections is not a clear mandate but a rejection and a strait forward reply. Now when badly rejected by masses and particularly by establishment, Mr Mengal is trying to gain some sympathy among masses. For this BNP did not take oath of assemblies and have called a meeting on 30th of June, 2013. BNP leadership will now go to the masses to get advice; what they had to do before the elections. They will go door to door and ask suggestions either to remain in parliaments or quit parliamentary politics, which seems quite awkward and disgusting.

For now when badly trapped it is a humble request and a suggestion that BNP should quit hypocrisy, compromises on Baloch interests and double standards. They have to take bold decisions and have to decide the fate of Baloch Nation. They should join the Baloch National Alliance and struggle for a glittering future. They should not be afraid of sacrifices and come forward with an unambiguous decision and will power. They should stop believing in vague promises and read the writing on the wall as it is the need of time. May be abandonment of parliamentary politics furnish them a possibility of survival and a face saving too.