The Balochistan Point launches its Mobile Application  with no fee

Quetta: The Balochistan Point online English newspaper from Balochistan has launched its mobile app for mobile and tablets. The mobile app is now available on all Android devices with no charges.

The app comes with lifetime free access to readers who download it through Android devices Appstore. All the available categories can be found in version of the app.

After downloading the free app the readers can read posts from more than 15 categories they are interested in, including: Balochistan, national, International, news, opinion, features, blogs, editorial, letters and Interviews.  They can also watch videos and reach YouTube channel of Balochistan Point. 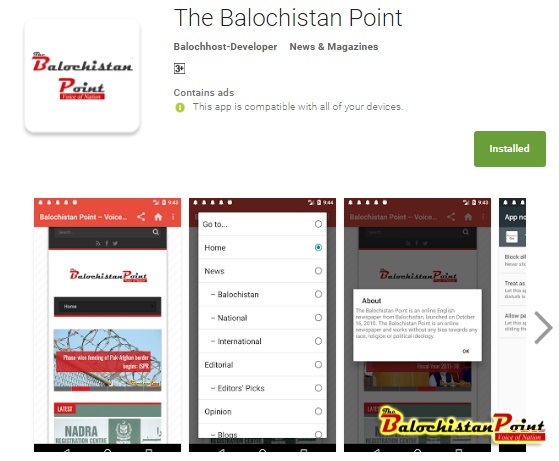 The newspaper works without any bias towards any race, religion or political ideology.