The ‘burnt Malalas’ of Balochistan

June 16, 2013 was a day of severe suffering for the parents in Balochistan when 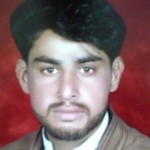 they received the burnt dead bodies of their daughters, whilst the rest of the world was gifting flowers to their fathers on Fathers’ Day. In Balochistan. fathers, with immeasurable pain, were trying to identify their daughters’ dead bodies that had been burnt in the June 15 suicide-bomber attack on a student bus of the Sardar Bahadur Khan Women’s University, the only women’s university in the city of Quetta with 3,000 female students, established in March 2004.

The bloody incident occurred on June 15 when about 40 students and teachers from English, Mathematics and other departments were in the bus going home after classes. It was the last day of their examinations and thus it was a regular day, although usually the university remains closed on Saturdays. A woman bomber got on the bus and detonated the bomb she was carrying, causing extensive damage, killing several students; 22 students were injured by the powerful blast. After the attack when the injured were shifted to the Bolan Medical Complex, a male suicide bomber and other heavily armed militants struck the building and fired indiscriminately.

As a result of multiple strikes the death toll rose to 26. The students who were killed in the bus were identified as Shagufta Jamali, Rehana Aurangzaib, Sayeda Noor-ul-Hain, Sajila Shahjahan, Mehvish Asif Bangulzai, Seydtahia Bibi, Sadaf Murad Baloch, Abida Baloch, Soman Magsi, Zehra Ahmed Kakar, Nadia Durrani and Hirah Javaid Rajput. At least 12 people including four militants, four nurses and the deputy commissioner of Quetta were killed in the nearly four-hour siege of the complex where the injured students were brought for treatment.

The banned sectarian militant organisation Lashkar-e-Jhangvi (LeJ) claimed responsibility for the June 15 attacks on the bus and at the Bolan Medical Complex, claiming revenge for a raid against the group by security forces.

The attack on the students is a clear message for the people of Balochistan that this already backward province in all spheres of life is clearly occupied by religious extremists, allegedly given a free hand by the secret agencies of the state. More than 1,000 people from the Hazara community have been killed and thousands injured in the suicide attacks in Balochistan, mainly in Quetta. Prior to this some attacks were carried out against the Hazara community, whereas this time the victims were students of a women university and were Sunni Muslims. The attacks on the Hazara community and students are most strongly condemnable.

The question rises on the control of religious extremists in Quetta city, and it proves the allegations by the victims of this religious extremism that they are encouraged by the state-patronised elements. It is debatable whether the state has failed, it is blackmailed by extremists, or it has deliberately planned to now start killing Baloch female students to frighten others to give up their education plans.

According to a lecturer and some students of the institution, the students belonged to middle class families, and some of them are daughters of daily-wage workers, who are now unable to bear their medical expenses. Balochistan, with the smallest population with a poor literacy rate is marked for backwardness; educating females is not less than a dream. Educational backwardness or poor development is because of unequal opportunities and deficient interest of the federation. Though it is claimed that the tribal system is the biggest hurdle in the way of development of the Baloch people, yet the tribal Sardars (chieftains) have always been part of government and are the pampered babies of the establishment. On the other hand, the religious groups have been creating obstacles for the development of not only female education but also boys education. The female students who were attacked belonged to far flung areas of Balochistan. The courage of their parents must be eulogised who sent their daughters to get an education, and their daughters are also role models for other girls in Balochistan. In fact, students who are getting education in Balochistan are the Malalas of this land. Malala Yousafzai is famous for her struggle for female education in backward areas, On October 9, 2012, Yousafzai was shot in the head and neck in a murder attempt by the Taliban gunmen, while returning home on a school bus. Her story received international attention .But the question is raised why national and international human rights organisations are silent on the incident in Quetta while the outrage for Malala’s case was extraordinarily tremendous. International human rights organisations and media groups are to be censured here as they claim to be human rights defenders. But their silence on the burnt Malalas in Balochistan becomes questionable. Even the UN Secretary General just issued a simple statement against this ugly attack.

It becomes the responsibility of the state to ensure protection of common people. Apparently, we witness the failure of the state when it comes to protecting common people, notably female, whereas development of the state is contingent on the progress of women. This horrible extremism must come to an end now. Amnesty International, Human Rights Watch, Asian Human Rights and the Human Rights Commission of Pakistan should not consider the reporting of the violence sufficient; they must also pressurise the state to bring the perpetrators to book.

I conclude my write up with a poem by Nausheen Qambrani, a well-known Baloch poetess and an English language lecturer at the Sardar Bahadur Khan Women’s University in Quetta. She has written this poem after being in the process of identifying the burnt dead bodies and losing her students.

History dried, religions melted/Wisdom burnt, civilisations buried/Lord of darkness dances around/Spaces tremble on the evil’s sound/O’ killer of innocence, you turn to existence/Look at your face in the blood of the mirror/You find yourself just a pagan/Maybe a Shia, maybe a Christian/Follower of wit or follower of love/Follower of dove/Had you felt the touch of earth/You’d have known the pain of birth.

2013-06-26
admin
Previous: The new government in Balochistan
Next: (Mis)Understanding Balochistan