The Return of Journalist Killers in Balochistan 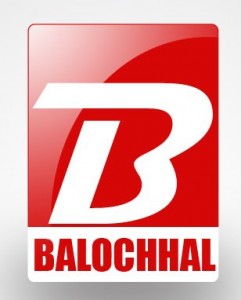 Balochistan Union of Journalists (B.U.J.), the largest representative organization of journalists in the province, a journalist and his driver were shot dead in Balochistan’s Jaffarabad District. Mohammad Afzal Khawaja, a reporter for Daily Balochistan Times (English) and its sister publication in Urdu, Zamana, was killed by unknown armed men when he was returning home from Jacobabad district in neighboring Sindh province.

The motives behind his killing are still unclear as no group has accepted responsibility for the tragic incident. It is also premature to state whether or not Mr. Khawaja’s journalistic activities were the actual cause for his murder. The Pakistan Federal Union of Journalists (P.F.U.J.) has alleged that the reporter was gunned down in an encounter with the local police. The confusion surrounding the reporter’s death aside, it is the government’s responsibility to investigate the causes of the shooting that led to the killing of the journalist and punishing the elements responsible for such alarming incidents.

Chief Minister Balochistan Dr. Abdul Malik Baloch has condemned the killing of Mr. Khawaja but that is certainly not enough because Balochistan has, unfortunately,  become a fertile land for those who murder journalists and easily get away with it.  Prior to this killing, the Chief Minister, on January 19, 2014, pledged to establish a judicial commission to probe the murder of different journalists across the province. Furthermore, the Chief Minister also promised to provide financial assistance to the families of slain reporters.

On February 7, A delegation of the B.U.J., headed by the newly elected president Irfan Saeed, met with Balochistan’s Inspector General (I.G.) Mushtaq Ahmad Sukhera to ask for immediate government action to arrest the elements responsible for the killing of the Balochistan Times reporter. The I.G. promised that the police department would take all measures to ensure the speedy arrest and trial of the murderers of the reporter. The journalists’ delegation was assured that the police would update them about any progress made in connection to the murdered reporter’s case.

Mr. Khawaja’s killing once again highlights the deplorable working conditions of rural journalists whose lives remain under constant threat from various quarters. When reporters are threatened from all sides, ranging from armed nationalist groups to government intelligence agencies and influential tribal chiefs and political figures, it is very hard to trace the actual culprits in a mysterious murder.

While the Committee to Protect Journalists (C.P.J.) has described Balochistan as the ‘epicenter of attacks on Pakistani press‘, the rural areas of the province remain the deadliest regions to report from. Journalists working in those far-flung areas hardly have any support of the media organizations they work for. What is encouraging in Mr. Khawaja’s case is the proactive response of the B.U.J., which previously used to distance itself from the issues of reporters working at district level. Today, the greatest threat to press freedom in Balochistan persists at district level. According to Dawn, at least 30 reporters have been killed in Balochistan in Quetta, Khuzdar, Kalat, Hub, Turbat, Gwadar, Pasni and Panjgur since 2009.

Balochistan will continue to remain a tough assignment for reporters as long as the ongoing political conflict is not resolved.  The future of reporting totally hinges upon the relationship between the government, the nationalists and extremist religious groups. By failing to arrest and punish the elements responsible for attacks on journalists, the government would be emboldening the forces that are determined to muzzle the media. The government has repeatedly promised, after each murder of a journalist, to bring the perpetrators to book but we do not have even a single case to cite where the Balochistan government fulfilled its promises. When such cases go unpunished, they send a wave of warning and insecurity among the rest of the journalists who justifiably fear they could be the next target of attackers on the media.

As seen in our editorial picture, the total number of journalists in Sibi district who came out to protest against the killing of Mr. Khawaja was only nine. This could also be the total number of journalists working in the entire district. That said, nine people do not constitute a strong and protective professional community. If you work in such a small district, you would certainly calculate the risks and also the people who would hopefully get out to protest if you become the victim of a similar assault.

Instability in Balochistan only keeps increasing people’s curiosity as to what is actually happening in the province. There are regular sectarian attacks, cases of disappearances, torture, murder and even now reports of mass graves. Therefore, a Press that does not operate under constant threats and warnings is extremely essential for the people of Balochistan and the rest of the world to remain informed as what actually is happening in Balochistan. The government’s failure to protect journalists is in fact the failure of the whole democratic rule in the province.