The Zero Hunger Goal and Malnutrition in Balochistan

Kaleemullah, 35, has frequent visits to Basic Health Unit Iskalkoo these days with his  two and half years old boy Abdul Rauf, who doctors say is malnourished, to get checked and receive the prescribed Ready-to-Use Therapeutic Food (RUTF), the Plumpy’Nut specifically designed to treat acute malnutrition without complications.  However, he returns his home hopelessly, when he is told that the program of Community Based Management of Acute Malnutrition has not been  relaunched.

Kaleemullah’s son was one of more than one hundred beneficiaries of “Food for Peace project”, A project for acute malnourished children at UC Iskalkoo of district Kalat in Balochistan.  “My son was very weak but later he recovered and could walk but the closure of government run project has  again left my child exposed to danger of being malnourished,” Kaleemullah told this reporter.

Back in, 10 centers to treat malnourished children were established in district Kalat – with the support of UNICEF in nine districts. Hundreds of registered children received Ready-to-Use Therapeutic Food (RUTF) under the project, according to Rais Manzoor Ahmed, former District Nutrition Coordinator of “Food for Peace”. 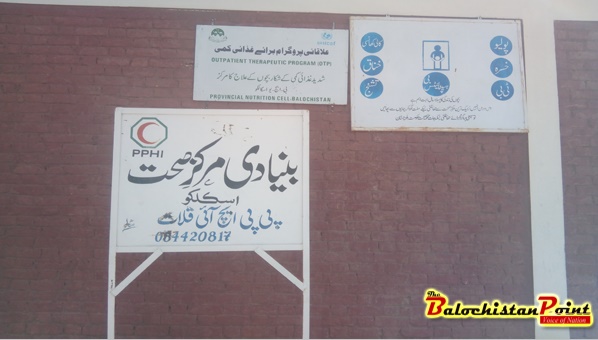 Talking to this scribe, Rais said: “We have received some death reports of malnourished children who were part of nutrition project; it is feared that their deaths have been caused due to poor health.”

“A large number of poor people wait for a such a project to feed their children. Having seen the demand of people for healthy life of their children we suggest that all the BHUs and other health centers including DHQs of Kalat and Sikandar Abad should be included in such programs since Kalat is one of the poorest districts of Balochistan and such steps can help tackle malnutrition,” Rais Manzoor suggested.

When it comes to malnutrition, Kaleemullah’s son is not the first child who has worried his family members but there are thousands of children in Balochistan who suffer from malnutrition in Balochistan, the largest province of Pakistan in terms of area with least population. The nutrition wing of the National Health Services (NHS) has reveled in a recent report that nearly 80% of the children between the age of six and 25 months do not get a balanced diet leading to stunted growth, women and children are the immediate challenges being faced by the people in Balochistan.

Poverty is marked as the chief cause of malnutrition in Balochistan. United Nations Development Program in its recent report in 2018, has ranked Balochistan the poorest province of the country. Each province has been ranked on its citizens living below the poverty lines. Which is defined living on less than the $2 a day. It should be noted that in 2014, the World Health Organization(WHO) declared a state of emergency in Balochistan in consideration of the indicators of acute malnutrition. Due to the poverty in Balochistan, children remain severely and moderately malnourished. 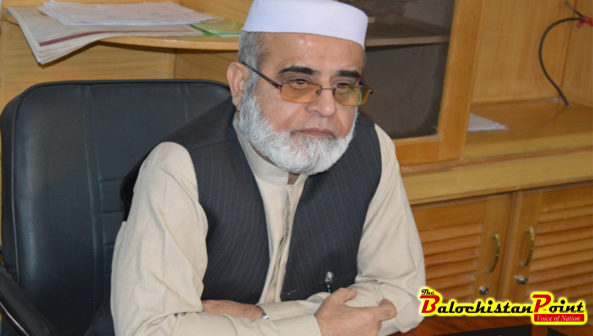 Talking to the Balochistan Point, Dr. Ali Nasir Bugti said: “Major percentage of Population living in Balochistan is food insecure. Food insecurity refers to the lack of secure access to sufficient amounts of safe and nutritious food for normal growth and development and an active and healthy life that is missing in Balochistan.”

“For people to be food secure, food must be available in sufficient quantities – whether it may be obtained from home-grown, locally grown or imported from elsewhere. Adding more he said acute food insecurity and malnutrition are any manifestation of food insecurity found in a specified area at a specific point in time of a severity that threatens lives or livelihoods, or both, regardless of the causes, context or duration,” Dr. Ali Nasir added.

According to the nutrition experts in Balochistan, the province is confronting serious issues of malnutrition, despite utilization of wealth and projects implemented by government, national and international organizations, there has been no remarkable improvement for many years.

Nutrition experts estimate that nearly 63 percent of households in the province are food insecure and Malnutrition rates in Balochistan are alarmingly high. Currently, more than half of all children under five are stunted – have low growth for their age – and 16 percent of the population is malnourished. According to a Survey conducted by the National Nutrition Survey (NNS) in 2011, almost 58 percent of Pakistanis are food insecure.

Gul Khan Naseer, Member Executive Council Scaling Up Nutrition Civil Society Alliance (SUN-CSA) Pakistan says that People in Pakistan are facing nutrition crisis while in Balochistan almost 83 percent of households are deprived of requisite nutrition. Mostly rural communities are affected by this problem. World Food Programme (WFP) has revealed that in Pakistan two out of every three households cannot afford a proper diet and in Balochistan, the situation is worst.

Talking to the Balochistan Point Gul Khan Naseer, said: “The first 1000 days (constituting 9 months of pregnancy and the first two years of life) is a crucial period as the damages of malnutrition during this period have profound and largely irreversible effects on health, brain development, intelligence, educational attainment, and productivity.”

“Balochistan Nutrition Program for Mothers & Children (BNPMC) is a good initiative of the Government that is addressing the malnutrition issue in seven districts of the Province, it must be expended to all the districts of Balochistan on emergency basis to address this major issue and a detailed and effective Health Policy is required to address the issue of malnutrition, promotion of breastfeeding and behavior change,” Gull Khan added.

Gull Khan is of the view that school level feeding programs have also been effective in past; such programs may be started again to provide nutritious food supplement to school going children at primary school level particularly in rural areas. “The Health Department, Nutrition cell, food department, education department, BNPMC and NGOs working on nutrition must jointly plan and implement awareness and behavior change campaigns and projects in the province with an at least 05-year plan,” Gul Khan Naseer suggested.

Dr.Ali Nasir Bugti  said that ending or controlling Malnutrition was a multi-context sectoral approach and liaising is fore mostly acquired but this could not be dealt alone by the Health Department or the Nutrition Program. “To this devastating situation Government must constitute a Nutrition Directorate on immediate basis where all departments i.e. Food, Fisheries, Agriculture, Social welfare, Local government, Information, Education, Livestock, Forestry, PHE, Irrigation etc have their representatives that work in a coordinated manner,” Said Dr. Bugti.