Traditions are the identity of our province: Chief Minister Balochistan

QUETTA: Chief Minister Balochistan, Nawab Sanaullah Khan Zehri has said that traditions such as brotherhood, tolerance, hospitality and respect for each other were the identity of our province. “Keeping all these traditions alive and intact is our joint responsibility,” he added.

Chief Minister said that it was the responsibility of all Sardars to work for the welfare and development of their people adding that Sardar Asad Khan Jattak set a great example by designating his son the new Sardar of Jattak tribe in his life. “Such steps help avoid disputes,” he added. He said that God had made tribes so that we could identity each other’s thus we should intact our traditions and values through promoting love, brotherhood and tolerance in our society. 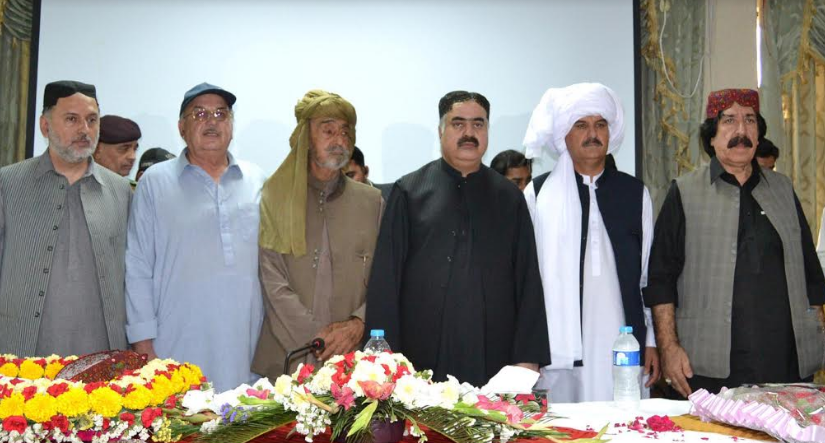 Nawab Zehri said that being Chief of Jhalwan was more important for him as compared to the slot of Chief Ministership. “Today I am so glad that we are promoting the centuries old tradition which dates back from the period of Khan Naseer Khan Noori,” he remarked.

Earlier, Chief Minister Balochistan and other Baloch Sardars and notables in accordance with Balochi tradition placed Balochi turban on the head of newly nominated Sardar and felicitated him for his new responsibility.

2017-07-27
admin
Previous: The Plight of Coal Miners
Next: Ghost Schools and Teachers in Balochistan