Without Ethical Journalism, No One Can Trust The Media: Patrick Butler

Patrick Butler is Vice President, Programs, International Center for Journalists. Patrick is well known for his areas of expertise in best practices in journalism, contemporary issues in U.S. media, international journalism, journalism ethics and localizing international news. Patrick oversees the development and execution of ICFJ programs and supervises program personnel. He previously worked as a reporter and writer for 10 years at The State (Columbia, S.C.) working on general assignments, business and feature news. Before joining The State, he worked at the Spartanburg Herald-Journal, the St. Louis Post-Dispatch and the San Jose Mercury News. Butler completed a five-month Knight International Press Fellowship in Nicaragua in 1999. He has a B.A. in Spanish and journalism from the University of Missouri.

Yousaf Ajab: What does ethical journalism means to you?

Patrick Butler: Ethical journalism means gathering and disseminating information to the public using the highest possible standards of responsibility. It means staying true as closely as possible to the values that we hold as journalists, such as truth and accuracy, independence and objectivity, sensitivity and tolerance, transparency and accountability.

How much the journalistic ethics have been helpful for quality journalism in print and electric media?

What are the challenges to the followers of ethical journalism in developed and underdeveloped countries?

How much has the race of ratings and breaking news affected ethical journalism?

The pressure to get high ratings and to be the first to break the news causes two major ethical dilemmas. First, it can lead news organizations to put out very sensational content – trying to be the most outrageous in order to get people to watch. Second, the pressure to be first often leads to inaccuracies in reports because journalists haven’t checked their information carefully enough before putting it before the public. It also means there is less time to make careful ethical decisions. 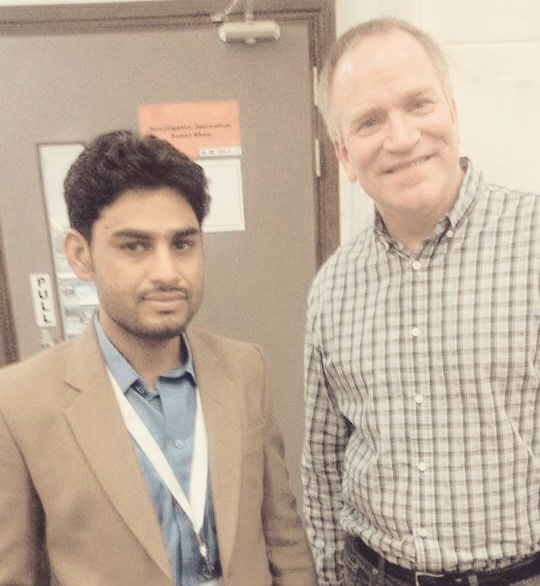 Should journalist‘s opinion be refracted while they are narrating facts or reporting?

For the most part, journalists should try to keep their opinions from affecting the way they cover the news. The audience should not be able to tell how a reporter feels about the subject he or she is covering. However, some media – especially some online media – prefer for reporters to be more opinionated. They believe that that is what their audience wants. If that’s the case, then the journalists should at least base their opinions on facts, not speculation or fantasy. And they should be transparent with their audiences, so that the audience knows any biases the reporter holds. (For example, if the reporter also works for a political party, he or she should make that clear to the audience.)

How the question of “National Security” in any country creates imbalanced journalism regarding journalistic principles when the news organizations are not allowed to do fair reporting?

Journalists need to balance the value of telling truth with the value of minimizing harm when considering national security questions. There are cases in which responsible news media will refrain from reporting information that could harm national security – such as naming intelligence operatives who could be in danger if their identities are known, or revealing troop movements that would put those troops in danger. But there are many cases where governments use the “national security” threat to try to prevent news media from reporting important information that the public has a right to know. When possible, news media should resist these efforts and report the truth even if it makes the government look bad. But unlike in the  United States, where media are protected even when they report information the government doesn’t want published or broadcast, in Pakistan it may be impossible for media to report this information without serious consequences, including having the media organization shut down.

How do you see the future of print media in the flow of new technologies and social media in America and developed countries?

I believe that the printed newspaper will probably not exist in the United States at some time in the not too distant future. But that doesn’t mean “print” media will die. They will continue to exist online, and may even have more readers than they ever did when they were print-only. The challenge for print media is to find a business model for online journalism that will continue to support the high cost of gathering news. For example, will media be able to continue to do expensive investigative reporting when they are online only? Advertising revenue from web sites does not even come close to matching the advertising revenue from a print paper. It may seem like Pakistan is a long way from having to deal with these same challenges, because newspapers are thriving and circulation is increasing. But as internet and mobile penetration increase in Pakistan, it will have to deal with the same challenges.

How do you find ethics of journalism being followed in Pakistan and does the lack of ethics   affect quality of journalism?

Most of the journalists I meet in Pakistan are doing their best to maintain high ethical standards. But they are working in a very challenging environment, and the news media they work for do not always support high standards of journalism. Most Pakistani journalists I know do not believe their media to be as ethical as it should be. This affects the media’s credibility with the public and limits the information the public can utilize to make good decisions.

Published in The Balochistan Point on August 12, 2015

Disclaimer: Views expresses in this interview are those of the interviewee and The Balochistan Point not necessarily agrees with them.