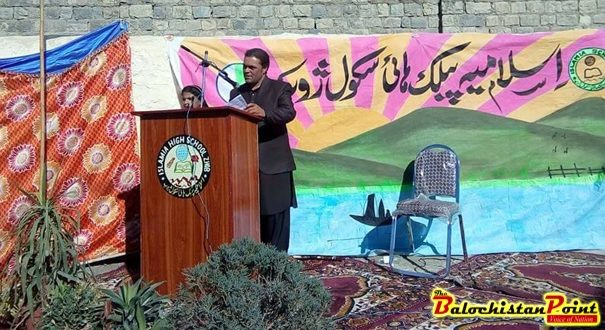 0.5 million children get education in private schools in Balochistan; BPSF

“In Balochistan the schools are built on political-base instead of need-base. Resultantly in urban schools the classrooms are packed while in rural areas the schools have no basic facilities.” They lamented.

“In Zhob district 26000 students are getting education in 360 government-run schools, while 20,000 students in 50 private institutions”.

They lamented that public sector has been neglected deliberately and despite sterling contribution to education the sector has been pushed to the wall and termed the Private Regulatory Bill an indiscriminate act towards the sector. The leaders rejected the board exam for fifth and eight classes at private schools.

Published in The Balochistan Point on November 18, 2018

2018-11-18
admin
Previous: Pakistan attaches top priority to development of Gwadar as a gateway of (CPEC)
Next: Change is indispensable