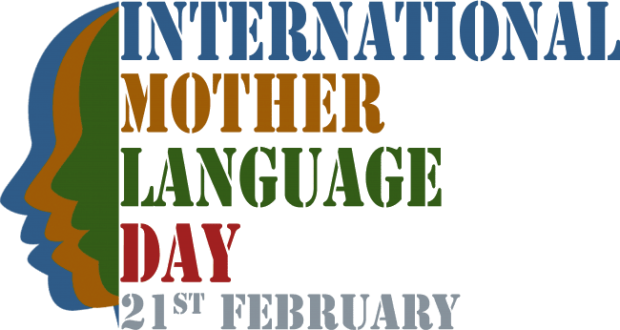 The International Mother Language Day. For us Pakistanis, it would be very interesting to know a bit of its background. The students of the University of Dhaka were killed in a clash between armed forces and protesters. The protesters were demanding that their language Bangla should be given the status of national language and they wanted their curriculum to be in Bangla. But, how could that be acceptable? As a result, 5 students were killed and tens of others were injured. Since then Bengal or East Pakistan became a separate country. They are now considered one of the fastest-growing economies of the world surpassing both Pakistan and India.

It is often said that the Pakistani education system has problems regarding its curriculum. There are some major inaccuracies and some very sexist and racist material in there no doubt at all, but the other major issue is language. In Pakistan, there are two sets of language standards through which one is judged. The elite speaks and expects you to speak in flawless English while the petty elite wants to hear flawlessly unaccented Urdu. Now imagine for a second that you belong to some backwater town where you cannot achieve either of them.

Yes, when you consider Pakistan has 8 major languages and countless minor languages that its people speak things become very clear. The elite send their children to prestigious schools that have unimaginably high fees which are unthinkable for a common person to afford. Due to this, the common people send their children to schools that claim to be English mediums but in reality, they are a hodgepodge of everything in between.

I studied in Quetta at a somewhat expensive (by normal standards) school at Saryab road which claimed to be an English medium school. Turned out that our “English medium” school’s name was written in Urdu script. Our Baloch and Pashtun teachers were not even proficient in Urdu let alone a completely English environment. The fee was very high compared to the education we got, but our parents were pressurised enough by society that they endured it. If you cannot send your children to some mediocre school that has no standards and claims to be an English medium, then you do not care about your children’s future. Social pressure can be a very deadly thing in lower-middle-class families.

The country is organized in such a way that you must be proficient in English to get a job or be considered a civilised and cultured person. Secondly, a speaking ability in Urdu is also a prerequisite to being allowed in the “honorable” company of the elite. One is required to ace English tests to attain jobs that have nothing to do with English at all. Most jobs offered by the country’s prestigious Central Superior Service have not a lot to do with English other than a few but your English must be topnotch otherwise you have no chance at all.

Due to these issues, youth from poorer backgrounds spend a huge majority of their time learning a language that may as well have no consequence to their life other than social perception. We could be forcing the next Newton or marry Currie to spend their time learning a foreign language rather than pursuing their goals. Throughout the world research after research has indicated that mother language is the best medium for children to learn. But our colonised mindset would never let us consider for a second that is so damning for the children to speak one language in their homes, another in streets and marketplace, while they would be judged by the third language.

When I completed my matriculation and F.Sc, I came face to face with the children of the elites at the university level. Here my highly accented Urdu was ridiculed even the PhD teachers at our university would at best laugh at my sorry accented Urdu and at worst they would be annoyed by it. My English, well if my Urdu was “Gulabi” then my English turned out to be a nightmare for me. Because even after English “medium” schooling and after that language coaching was time-consuming and expensive, had not taught me how to pronounce the words. To be fair my written English was better than most after years of trying to understand the damn thing, but there was nothing that prepared me to speak it. Even those friends would laugh and correct the pronunciations that wanted me to help them with their assignments.

This is high time that we start to think about the future generations and what fate are we abandoning them to. The children deserve the right to study in their native language. We must understand that a majority of Europeans do not get educated in English. Even though it cannot be left fully because English has become a lingua franca. But this does not in any circumstance means that our education system should be English. The research is clear about the mother languages and we must act fast.

Published in The Balochistan Point on February 21, 2022

2022-02-21
admin
Previous: CPDI releases its second annual report on the “state of budget transparency in Pakistan”