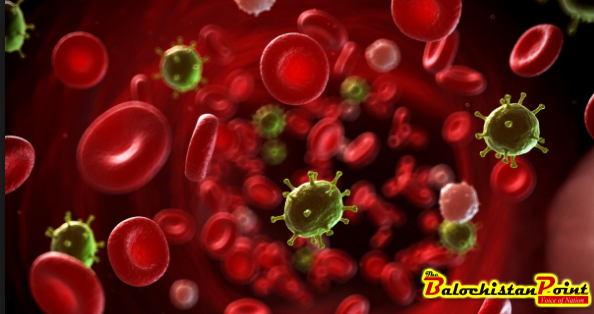 Blood cancer: Main cause of death in children

Child leukemia, Acute Lymphoblast Leukemia (ALL) or simply blood cancer has been one of the deadly disease among children in Pakistan. Though Pakistan is not only country affected from blood cancer, the developing and developed countries are facing the same problems, but the situation in Pakistan is more deteriorated as compare to other countries. The researchers have estimated that if the blood cancer patients would not be treated soon then their lives become in danger, and can die at any time. Mostly the children are suffering from blood cancer who cannot afford complete treatment. The exact number of the death rate is unknown, but it is believed that the disease is growing rapidly among children who nearly suffer due to their genetic inheritance from parents.

The Pakistan Children Aid Association (CAA) is an organization, established in 1979 to take care of the blood cancer in child, and provide the basic facilities of the treatment. Unfortunately this organization is totally failed to protect the people from blood cancer. Mostly the cases are being reported in Sindh and Balochistan. The people of these two provinces did not have financial means to bear the cost of this disease. The recent example is Rehan Rind Baloch, a young boy who died just due to blood cancer. Rehan belonged to a poor family, and could not bear the cost of the disease to treat himself. Though the people of Balochistan denoted money to support Rehan, but they were not enough to protect Rehan, and we failed to save Rehan. Like Rehan, majority of the children are present in remote areas because due to malnourishment and lack of balanced diet, the children become vulnerable to the disease.

The treatment of blood cancer is very expensive and some test cost Rs 1500 to 2,000 which is a huge amount for the poor. So for poor government is not contributing to provide basic facilities to the poor. The treatment is very expensive for the poor people who cannot feed their families, so how can they have treatment? The government should make it possible and provide easy access to treatment under unaffordable cost. It has been long time that the people are demanding the government concerned department to establish more child oncology centres at various place of the country especially in Balochistan who is the most backward and most poorest province.

The second way is that for eradicating blood cancer, we should raise awareness in our society that this disease is preventable. We should increase opportunities and facilities through joining our hands together. We should raise our voices that the innocent children should get treatment of blood cancer. If once government is ready to prevent the disease, so no one can stop the government to eradicate blood cancer among children. The saddening news is that the government is unwilling to pay any attention in this regard.

Unfortunately the small are being infected by blood cancer and continuously dying of it. The whole children dying in hospitals belong to poor families as rich people send their children in special hospitals or foreign countries to have better treatment. The government is showing no mercy to small children. It is not a big task that government should think and refuse to establish hospitals or provide financial support to blood cancer patients. Due to this children are dying from blood cancer and the death rate is growing highly as none of our leader is ready to protect the children to have a healthy life.

Published in The Balochistan Point on September 17, 2016