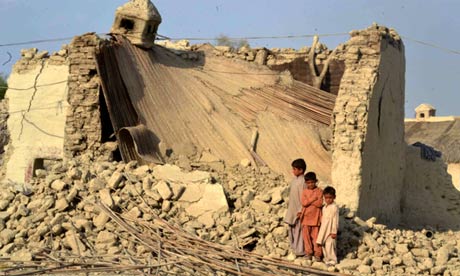 This region is already shocked by a tremor which left more than 1000 people dead and countless homeless on September 24.

According to the US Geological Survey which measured the earthquake at 6.8 on the Richter scale, the new quake struck the remote district of Awaran at a depth of 14 kilometres at 12:34 pm (PST). According to the Zahid Raif, director of the National Seismic Centre of Pakistan, “It was not an aftershock, it was an independent earthquake,”

Talking to the media Deputy Commissioner of Awaran, Abdul Rasheed Baloch told that the quake destroyed hundreds of mud houses in the Mashkay area, saying that “a lot of people have been trapped under the rubble”.

The FC spokesman confirmed death of at least 15 people and 50 injured ones in Saturday’s earthquake in Awaran.