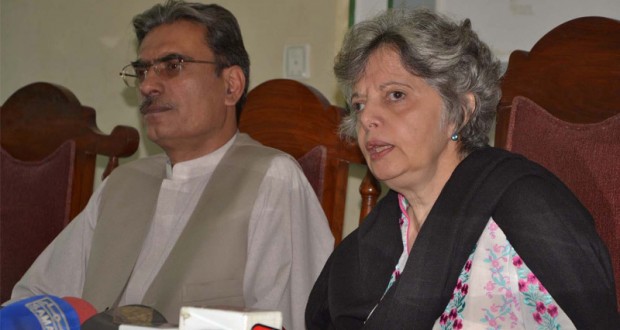 15,000 People Have Migrated From Makran And Kharan: HRCP

QUETTA: Losing hope against the tide of lawlessness, at least 15,000 people have migrated from the districts of Makran, Kharan and Awaran, the Human Rights Commission of Pakistan (HRCP) has said.

“It is a rough estimate because there has been a huge migration of local Baloch from Turbat, Panjgur, Gwadar, Awaran and Kharan districts,” the head of HRCP’s Balochistan chapter Tahir Hussain Khan told The Express Tribune.

He said many schools in Turbat are closed due to the volatile situation there.

“Families have relocated as the schools are closed in these areas due to poor law and order conditions,” Tahir said. Most of the families have moved to Karachi, Islamabad and Quetta.

He said the people of Makran prefer Karachi as they have many relatives there.

Recently, The Express Tribune interviewed in Quetta a family that has migrated from Turbat. Members of the family said frequent search operations and clashes between armed groups in Dasht Guran area of Kech forced them to migrate.

“We were caught up in a war. I could not send my children to school,” said the head of the family on condition of anonymity.

Balochistan’s Home Secretary Akbar Hussain Durrani dismissed the findings of the HRCP report, saying it was “baseless and unreliable”. “It is not an authentic report because law and order has improved in Makran, Kalat, Khuzdar and other areas in recent years,” he said.

Republished in The Balochistan Point on November 3, 2014

2014-11-03
Editor
Previous: Will Someone Please Help The Baloch
Next: Mobile Phone Service Suspended In 8 Districts Of Balochistan Including Quetta