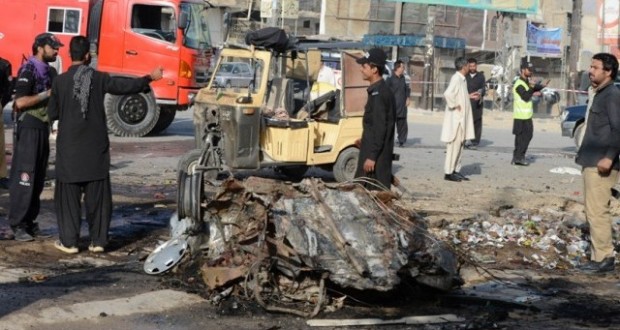 3 killed in a bomb attack on FC vehicle

According to a senior police officer, a patrolling vehicle of FC was targeted using an Improvised explosive device (IED) which was planted allegedly in a Corolla car.

3 people died and 20 people were injured as a result of the attack. Most of the victims were the road side laborers who were waiting for clients in the area.

AFP has quoted a bomb disposal squad member to say that at least 40 Kilograms of explosives were used in the attack on FC vehicle.

Injured victims were shifted to sandmen provincial hospital and the security has been beefed up in Quetta. So far, no group has claimed responsibility for the attack.

Published in The Balochistan Point on 13th September, 2014.

2014-09-13
Editor
Previous: The Rise of Religious Militancy in Balochistan‏‎
Next: Political interference destroying University of Balochistan