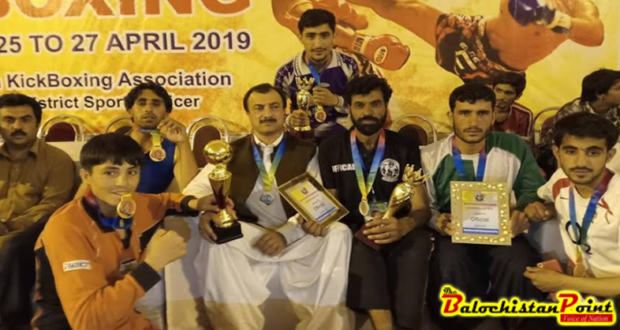 Hamza King Fu To’a Karate academy team supervised by instructor Anwer Jan Afridi also showed its performance as the team could and won five medals. But Afridi held the lack of recourses responsible for the poor performance of the players in the provincial level.

“Due to lack of resources and lack of elected representative’s interest in sports, the entire team could not get a chance to showcase its skills in the event,” he lamented.

Addressing on the occasion the chief guests said that the youth in Balochistan have budding talent that need to be flourished.

“The sports activities are extremely important for youth as the sports play an important role in setting up a healthy society.” He added.

The chief guests gave away trophies, cash prizes and certificates to the winner and runner up teams and other position holder players.

Published in The Balochistan Point on May 1, 2019

2019-05-01
admin
Previous:  Government must take serious action to ensure the participation of persons with disabilities in the electoral process: CPDI
Next: PPHI – Balochistan & its Monitoring Mechanism