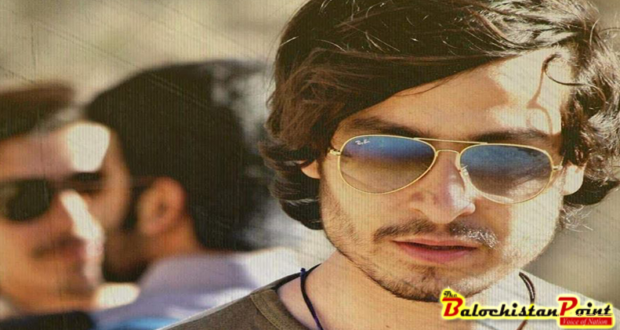 A medical student in Quetta studying at the Bolan University of Medical & Health Sciences committed suicide reportedly due to mental stress and depression after he failed exams.

Yousaf  Pirkani, a third-year student at the medical college, was allegedly suffering from anxiety as he failed to clear the supplementary exams.

It goes without saying that the doctor’s profession is considered the most prestigious, noble and respected in whole universe. Not only by the worthiness of its name but moreover choosing it as a career gives a sense of responsibility and feeling of serving humanity in the time of need.

Being a doctor is an uphill task as it requires lots of hard work, energy, stamina and becoming a doctor is a dream of the most people throughout the world. No doubt, it is considered one of the toughest profession in terms of study, duration, dedication and terminology. Every parents want their children to choose this field and make them proud. It is a doctor who treat the patients irrespective of their regions, sects, genders, colors and nationalities.

However, it is the very beautiful side of the picture while the other side of it looks very dark and alarming. As committing suicide amongst the doctors seems to be on the rise where cases of suicide taking place frequently in the country. The pity is that, doctors attempting and completing suicide more than the general population in which females doctors are more vulnerable.

A research conducted by Deepika Tanveer, MD, of psychiatric programme at Harlem Hospital center n New Yark on May 8,2018 said one doctor commits suicide in US every day which is the highest rate in any profession. And the number of doctors suicide 28 to 40 per 100000 is more than twice that of general population.

The country we live is with 97% being Muslims and Islam highly condemned the act of suicide and is Haraam(Forbidden).There are numerous Verses in the Holy Quran against suicide. In surat Yunus Verse 56,”He gives life and causes death and to Him you will be returned, in surat An -Nisa Verse 29″And do not kill yourself(or one another).Indeed Allah is to you ever merciful”.Surat Baqra (2:195) Do not kill yourself with your hand. While more such Quranic verses and Haddits are present. Moreover, in the constitution of Pakistan, it’s is considered illegal also punishable with a jail and financial plenty too.

The “World suicide prevention day” is observed every year on 10th September. The purpose of it is to bring mass awareness and finding ways to culminate the menace. In Pakistan, such cases are under reported and no data available to this date.

It is a common belief that life in educational institutions is hectic and stressful. There is also pressure from parents who want their children to achieve big and better. The education authorities must take notice of this grave situation. All education institutions must have a trained and experienced counsellor with whom students can discuss their problems. Teachers should also make an effort to encourage students to ask for help whenever needed.

Published in The Balochistan Point on February 12, 2019