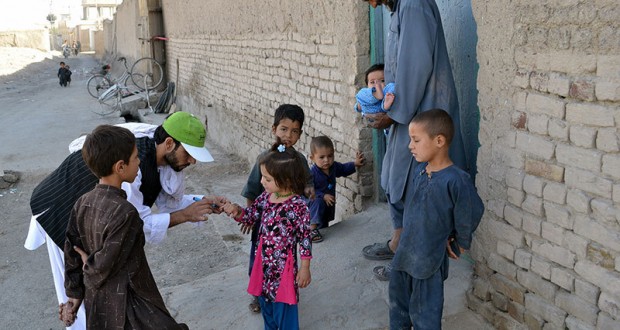 Another polio case detected in Balochistan

Quetta: A polio case has been unearthed in eastern bypass area of Quetta on Wednesday. This is the second polio case that has been detected in Balochistan this year.

According to sources in health department of Balochistan, Polio virus was detected in 12-months old, Gul Muhammad. The family of the polio victim is a resident of eastern bypass region in Quetta.

The parents of the polio victim live in an area which is dominated by Afghan immigrants. In past polio teams have faced string resistance from the Afghan Immigrants when the teams went to administer polio drops.

It’s not confirmed whether the 12 month old polio victim was born in Quetta or Afghanistan.

The first polio case of this year was discovered in Killa Abdullah District on 24th July. That case was also a result of refusal of parents to let their child be administered polio drops.

Published in The Balochistan Point on 10th September, 2014.

2014-09-10
Editor
Previous: A successful strike on call of BNP
Next: Dr Abdul Malik Baloch announces Rs 100 million for the flood affectees of Punjab