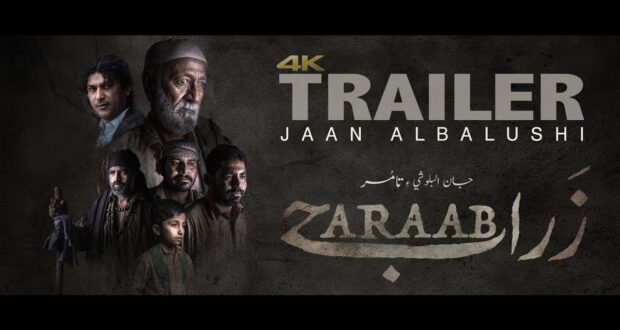 The Balochi effective Movies delineates the richness and uniqueness with worthy influences on cultural-related advancements which shaped the culture to be well-known and successful for maintaining its distinguished values. As the recognition and identification of every culture is based on its cultural activities with their qualities and values like the rich movies, languages, cultures, traditions and etc. Balochi movies play an important role for sustaining the values of Balochi culture. Certainly, Balochistan is blessed with well-talented and the most famous Balochi film directors namely, Anwar Gulam, Fazal Hayat, Dr. Haneef Shareef, Homar Kiya, Rashid Hassan, Shareef Phullan and etc whose extraordinary efforts and contributions have modernized the Balochi movies with their well-written and attractive films’ scripts. The films directors have sustained their movies qualities which conveying the main messages with attractions directed by well-experienced movies actors who act actively within films.

However, Balochi Movies directors and characters are known as the shiny stars of Balochistan with their active observations and contributions for protection of Balochi culture. Among them, Dr. Haneef Shareef and Fazal Hayat’s movies are entirely popular in Balochi film industries as their movies are always based on the circumstances of the Baloch society. Their movies convey creative ideas and thoughts about the humans and their relationship with their motherland, language, and culture. The movies teach us to think before we act about something and teach us to not choose the wrong ways which put us in hardships with a dark future rather to think and select the exact ways that take us towards the destinations. Absolutely, finding out the solutions for being out of the problems and faults, is always mentioned within his movies.

After watching their movies, people would be compelled to think and do brainstorming about the main ideas of the films that too contain thinkable questions to be answered. The most popular movies of Dr. Haneef Shareef are “Mani Patha Brath Nesth,”(My father doesn’t have brothers) “Kareem”, Balochistan Hotel” and etc. And Fazal Hayat’s well-known movies are “Mayar”, “Begowah”, Ganjen Gwadar” and several more with great ideas. The valuable opinions and thoughts of such films directors are appreciated for showing up the patterns to eradicate the society’s issues with bringing changes. In fact, Dr. Haneef Shareef’s movies are very interesting and knowledgeable which deserve to be watched by every individual to gain informative information for handing the worst situations of the life. The films too contain jokes and entertainments with marvelous themes for the watchers. Actually, the first Balochi movie was “Hammal o Mahganj” which was directed by Anwar Iqbal in 1976, but it couldn’t released due to some controversies.

On the other hand,  Anwar Gulam and Homar Kiya are too known brilliant films directors who have successfully their released movies for brightening up the Balochi culture. The newly released movie of Homar Kiya, namely Karesth, is entirely ruling in the society currently. The films main actor is Hafeez Lal who wonderfully performed his dialogues for the entertainment of the people with great themes. Anwar Gulam’s most famous movie is, “Math” (Mother) which is exactly based on homeland that how the actual residents love and care their motherland from dangerous people. The film indicates how the actual owners suffer from mountain-like challenges and issues to protect their properties from the superiors who are always involve in dishonest deeds with doing injustice on the inferiors to be their slaves. The inferiors are neglected and ignored to gain their fundamental rights to live properly in their lives.

Besides this, Shareef Phullan_belongs to Kassak, is known as a brilliant writer and films director who himself does acting within the films to entertain the audiences with dialogues. The recent directed movie is “Shud” which is very popular with highlighting the issue of poverty in Balochistan. It points out pains and emotions about those poor families who are left in the lurch without being supported by the government and rich families in the province. Such families are entirely deprived from three-times food to eat and unable to send their children to schools to obtain education. Painfully, they are being ignored and neglected in all aspects with being helpless to survive in such societies. The praiseworthy efforts of the young filmmaker are appreciated by the people.

Baloch filmmakers have contributed the most for making the Balochi Language and Culture alive till today with their everlasting efforts. Their inspired thoughts always stay alert for inviting changes in Balochi movies. They need to be supported and assisted by the Government to sustain their brilliant thoughts for more productions of movies. Baloch filmmakers are the actual protectors of Balochi Culture.

The writer is a law student at University of Turbat and a part-time teacher at DELTA. He can be reached at shakeelphullan137@gmail.com

Published in The Balochistan Point on December 24, 2020