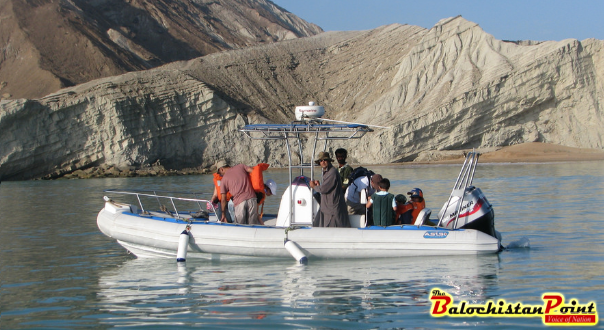 Gwadar: Federal Minister of Climate Change, Zahid Hamid has said that Astola Island will soon be declared the country’s first ‘Marine’ protected area through absolute consensus among all concerned stakeholders.

Talking to media on Tuesday, he said Balochistan and federal governments alongwith Pakistan Navy and local community, as the major stakeholders, have unanimously agreed to get the island notified as protected area. ‘Pakistan being signatory to a number of international treaties is obliged to get at-least 10% of its coastal area designated as protected land,’ the minister said.

He said draft of the notification to declare Astola Island as protected zone has already been finalized and is needed to be signed by relevant stakeholders so as to fulfil the needed formality. ‘My current visit to the site is part of measures required to meet the needed conditions,’ he said in reply to a question.

Federal Minister of Climate Change said that Astola Island would continue to be under the administration of Balochistan government with all needed assistance provided by federal government and Pakistan Navy, Adding that declaration of coastal area around Astola Island as protected zone would be largely beneficial for the area residents and local fishing community.

‘It will not only protect their fishing rights and means of living but also prohibit exploitation of marine resources as registered in many of the coastal zones due to over fishing and application of mechanized methods,’ he said.

Published in The Balochistan Point on April 6, 2017