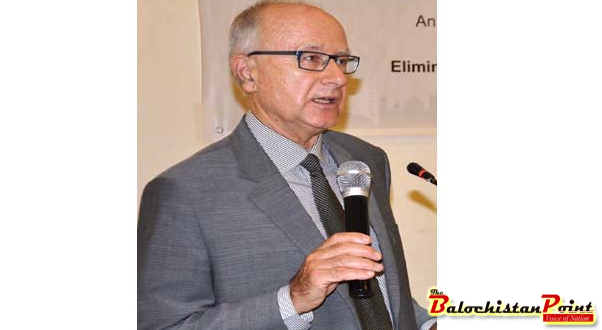 ISLAMABAD: The Australian Government is supporting Mishal Pakistan to deliver a series of workshops across Pakistan to build the capacity of more than 100 journalists to report on Pakistan’s nutrition crisis.

Acting Australian High Commissioner, Jurek Juszczyk, who attended the closing ceremony of the Islamabad workshop today, said the role of media in creating awareness of malnutrition in Pakistan was critical.

“The media can advocate for concrete measures and create a clear vision for Pakistan free from malnutrition,” Mr Juszczyk said.

Pakistan is facing a malnutrition crisis with 44 per cent of the population stunted. In economic terms, malnutrition costs Pakistan more than three per cent of its GDP annually, which equates to USD7.6 billion.

The Eliminating Hidden Hunger workshops are designed to better equip media professionals and journalists to report on Pakistan’s malnutrition crisis. Workshops have already been held in Khyber Pakhtunkhwa, Balochistan, Punjab and Sindh. In addition to journalists, more than 60 parliamentarians and members of the federal and provincial standing committees on Food Security, Health and Agriculture have attended the workshops.

A senior journalist from Islamabad, Shahid Qureshi who attended the workshop said: “Through this initiative, media will be empowered to generate knowledge-based reporting on health-economics issues which will result in awareness among public spheres and increase accountability of policy-makers.”

Nida Karim, Program Specialist Eliminating Hidden Hunger at Mishal said: “Today’s workshop focused on strengthening the delivery platforms for a better and fact-based coverage of malnutrition statistics in the media in Pakistan.”
Australia is a lead donor in improving nutrition outcomes in Pakistan and is investing AUD39 million in the World Bank’s Multi Donor Trust Fund for Nutrition which supports the Balochistan and Khyber Pakhtunkhwa Governments to scale-up and sustain an effective response to malnutrition.

In December last year, the Australian Government partnered with Mishal for the 2016 AGAHI Awards for Journalists, which recognise the efforts of journalists in reporting on social, economic and development issues and celebrates the role of media as a vehicle to influence policy and decision-making. It was the first year the AGAHI Awards included an award category on ‘Eliminating Hidden Hunger and Malnutrition’.