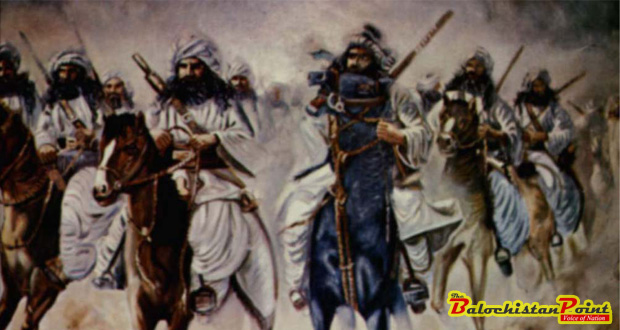 On May 29, two passenger buses travelling from Pishin to Karachi were intercepted in the Mastung district of Balochistan. Twenty-two people from the buses were forcefully taken out and executed in the nearby mountains.

All the victims were Pakhtun passengers who were mercilessly killed by the miscreants. The next day, a dubious Baloch miscreant organisation, the United Baloch Army (UBA), claimed responsibly for the attack. This incident was enough to initiate a civil war in Balochistan but due to the realistic and foresighted approach of the politicians of Balochistan this disaster was prevented from taking place.

Baloch-Pakhtun unity on the political scene faced a setback in 1970 when Pakhtun areas of the erstwhile chief commissioner’s province were merged with Baloch areas to form current Balochistan. In Balochistan, Pakhtuns lost their identity in the sense that they don’t have their own province. This provided the impetus to the political tensions between the Baloch and Pakhtuns of Balochistan.

Since the 1980s, a Pakhtun nationalist party of Balochistan started blaming the Baloch for depriving Pakhtuns of their rights. In reality the Pakhtuns have always had an appropriate share in the power structure of the province. Due to the politics of that particular party minor rifts were created between the Baloch and the Pakhtun. The Mastung incident was a very opportune moment further anti-Baloch sentiments to be ignited among the Pakhtuns. Fortunately, rationality prevailed and even the biggest proponents of a Baloch-Pakhtun divide didn’t use the Mastung carnage for political point-scoring.

One particular group among the Pakhtun demands that all resources in Balochistan should be divided between the Baloch and the Pakhtun equally. They maintain that Pakhtuns form half of the population of Balochistan – and therefore that’s the only solution acceptable to them. On the other hand, the Baloch vehemently reject this demand as well as the claim that the population of the Baloch and the Pakhtuns is the same. At the moment this issue of population is the single biggest source of conflict between the two ethnicities.

At present, 60 percent members of the provincial assembly of Balochistan are Baloch and 35 percent are Pakhtun. All government jobs are also distributed among these two communities using the same ratio. These apportionments are based on the census that took place in 1998. The federal government has announced the next census in March 2016. This is good news in the context of mainstream Pakistan but in Balochistan it will further exacerbate the ethnic tensions between the Baloch and the Pakhtuns.

The forthcoming census in Balochistan will drastically affect the demographics of the province by understating the Baloch population and overstating the Pakhtun population. According to some reports, millions of illegal CNICs have been issued to Afghan immigrants living in Balochistan. These are not just allegations but proven facts. Nadra employees confessed to have issued CNICs for hundreds of thousands of Afghan immigrants in exchange for bribes. Courts in Balochistan have handed down imprisonment sentences to those Nadra employees in more than one case. If the census in 2016 is held without cancelling the CNICs of Afghan immigrants then it would certainly overstate the Pakhtun population in the province.

On the other hand, the Baloch areas of Balochistan are facing serious security problems. In the last general elections voter turnout in most districts of southern Balochistan was very low. It was really hard for the government to conduct elections in the Makran division. During the census, government employees will have to go door to door to count the population. This means that a great majority of the Baloch settlements will be left out of the process due to security reasons. Hence this would result in understanding the Baloch population as well.

The results of the census could alter the resource sharing ratio where the Baloch could be the ones losing their share. Amidst the current insurgency in Balochistan, which is supposedly aimed at attaining maximum rights for the Baloch, the results of census will not bode well for the province. Not only will it create further difficulties for a political solution to the Balochistan problem but Baloch-Pakhtun tensions could also flare up for all the wrong reasons. In order to avoid that, Baloch and Pakhtun leaders need to amicably solve the issues of Afghan immigrants and the forthcoming census.

Balochistan is the most backward province of Pakistan. The federal government has deprived this province of its rights since 1947. Even today Balochistan is not getting its fair share in electricity, gas supply and federal jobs amongst other issues. Balochistan can only attain its due rights from the reluctant federal government only if the Baloch and Pakhtun populations of the province are united. If the Baloch and the Pakhtun quarrel with each other on petty political issues then Balochistan can’t even take advantage of the additional provincial autonomy provided to provinces through the 18th Amendment.

The two communities are historical neighbours and they have family, cultural and tribal relations. Peace and harmony between the Baloch and the Pakhtuns is in the mutual interests of both communities; it is also a pre-requisite for the prosperity of Balochistan. In the future, miscreants present in the ranks of both these communities can orchestrate another incident like the Mastung carnage to pit the Baloch against the Pakhtuns. Therefore, leaders of both communities have to show restrain and political wisdom as they showed after Mastung carnage.

Republished in The Balochistan Point on June 11, 2015